There are few venues in the Los Angeles area that can match the colossal atmosphere provided by the Hollywood Palladium, and as such, the cavernous, ballroom-esque interior was the most fitting of locations for electronica giants Awolnation’s last show in the city. With the exception of their opening performance of the quietly emotive, “Run,” frontman Aaron Bruno spent the next ninety-minutes an inextinguishable rage of inflammatory emotion, jumping around onstage, crowd-surfing, and bellowing out every syllable of his equally passionate lyrics with an ever escalating ferocity.

One of the main highlights of the night was Bruno and company’s explosively, goose-bump inducing performance of, “Knights of Shame,” a boldly eclectic track that exemplifies the band’s genre-bending nature with it’s blending of rock, electronic, and hip-hop styles. At an ambitious and show-stopping length of fourteen-minutes, the track was a daring feat to perform live, but Bruno’s insane vocalizations–which go from euphonious croons to hoarse screams in a matter of a few lyrics–and keyboardist Kenny Carkeet’s brutally rapped verses made the song a monumentally spectacular moment. After similarly inane performances of “Jump on My Shoulders” and “Kill Your Heroes,” Bruno changed tempos, declaring that there was “love in the air [tonight]” and told the crowd to put their arm around the person nearest to them–and so began the ballad-like chorus of “All I Need,” another emotionally charged moment during the night.

Awolnation finished the night with the heavy-handed rock of “Burn It Down,” returning for a three-song encore that included, “I Am,” “Dreamers,” which was performed to a sea of waved lighters, and the shuddering bass and reverb of “Sail.” As Bruno’s fading screams echoed into the confetti blasted and laser-lit interior of the Palladium, each note of the track’s plucked-string/piano melody disturbingly crisp in its carressing of the song’s harshly dark lyrics, it has become irrevocably clear that Awolnation have more than grown into (and needless to say worthy of) their rise into the limelight since the release of that single four years ago. Like a beautifully-zealous lovechild that has combined all the best parts of Beck’s fearlessly enterprising experimentation and a mountainous sound that is reminiscent of The Glitch Mob, Awolnation has come into its own as a band and as performers.

The stunning electronic-based hip-hop of K. Flay helped open the night, her bitingly candid and coarsely poetic lyricisms delivering a sucker-punch to the crowd–she was such a hit that there were yells for an encore when she was finished. 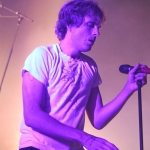 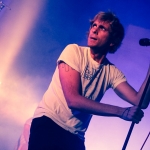 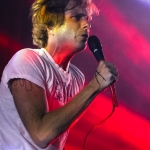 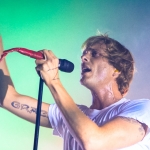 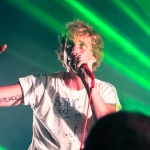 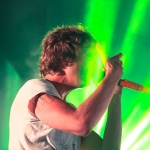 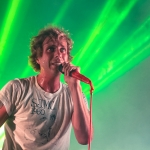 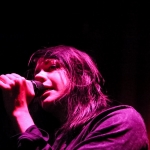 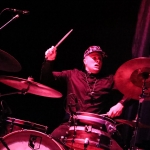 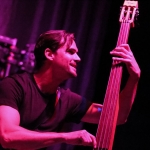 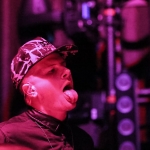