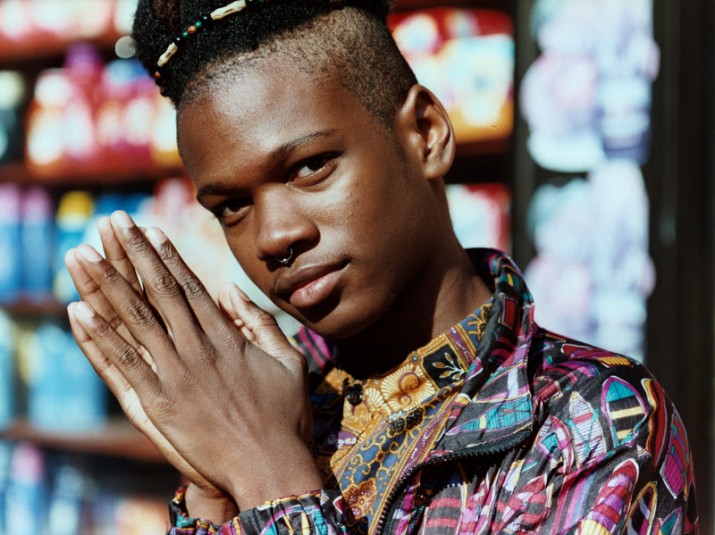 We here at Grimy Goods were highly impressed with Shamir’s debut album, Ratchet, which proved to be a vibrant blend of electronic, soul and disco. This young Las Vegas native may only be 20 years old but he knows how to stir up a sweaty good time on the dance floor. Shamir is touring throughout North America and Europe this Fall and you won’t want to miss his headlining show at the El Rey Theatre on Saturday, September 26th. Time to break out all your best moves!

Tickets to Shamir are priced at $18-20 doors open at 8:00 pm, and the event is all ages. You can purchase tickets or try and win a pair of tickets with us by entering the contest below!

First make sure you’re following Grimy Goods on Twitter here and/or “like” our Facebook page here. Next, email ggcontests@gmail.com with your full name for guest list and a clever reason why you want a pair of tickets to Shamir at the El Rey Theatre. When you’re done with your email, send us a Tweet so we know you entered the contest or you can post on our Facebook wall. We’ll select a winner that has done all of the above mentioned. Winners will be announced via email, Facebook and Twitter on Monday, September 7th. Winners will have until 10 am, Tuesday, September 8th to reply back to our email and confirm their win.

FACEBOOK: Just leave a comment on our wall letting us know you entered our contest for tickets to Shamir at the El Rey Theatre on September 26th!