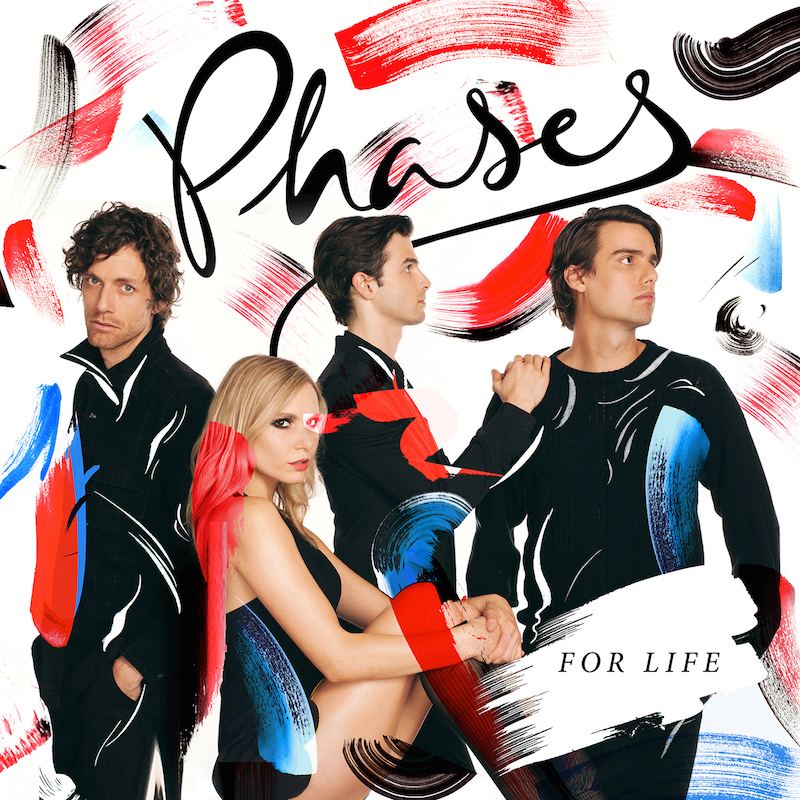 Los Angeles indie pop band Phases — formerly known as Jjamz — is comprised of four people that have all been involved in music for most of their lives. Z Berg (The Like), Jason Boesel (Rilo Kiley/Bright Eyes), Alex Greenwald (Phantom Planet), and Michael Runion have enjoyed varying degrees of success but currently find themselves in their happiest situation if vocalist Z Berg is to be believed.

“Most of us were in our first bands when we were like — 15?” Berg said in a phone interview last week.

“We’ve all been doing it for so long that kind of all the stupid things that make you make bad decisions when you’re a kid, we’ve kind of learned from those experiences and mistakes. The biggest thing that’s different is there’s just no ego anymore. We all used to be little Hitlers and we all used to want to do everything ourselves, think that we were the best and totally wanted to control of everything, wanted to write everything, and now we want to collaborate with each other because we respect each other as writers and musicians and we can no longer offend each other. All we care about is serving the song and the music instead of serving ourselves.”

The band has a date at the Lyric Theatre this month on September 24 that you shouldn’t miss, especially if Berg’s enthusiasm is any indication of how great the show will be. Their album For Life also comes out this week and is now available for purchase.

“For me it’s a wonderful thing (playing in LA),” said Berg. “I don’t really get nervous and I really like having everyone I’ve ever met and am related to at my shows. So I’m very excited about it, I really love to play in LA.”

All four members of this band occupy more than one role in the band and all of them have taken on the songwriting, making it an immensely collaborative process.

“It’s like the most intensely creative, collaborative experience I’ve ever had,” said Berg. “It’s really — it’s pretty fun. Also because these are my friends. The fact that we can sit around and hangout the way we have been doing for years and we also get to write songs from that, that was the beauty of it once we realized, ‘Hey we hangout all the time why don’t we do something productive.”

They previously went under the moniker Jjamz, taking the first initial of each of their names (including that of departed member James Valentine, who played with Maroon 5). They had a minor hit off their 2009 album Suicide Pact with the catchy tune “Heartbeat,” featuring an electro-pop sound that was maybe just a tad before its time. With that sound all the rage now, Phases is popping off at just the right time to enjoy massive success.

With a sound that toes the line between electronic and rock, it was a concern on how to translate the sound from the studio to the live setup — particularly since the album was recorded before any of the songs were ever played live..

“That was the wild thing,” said Berg. “We made this record, we wrote all these songs in the studio. We had never played any of these live. So after we finished the record, we went, okay how are we gonna do this? And we spent months, basically we sampled every single song that’s on the record and we figured out how to make this – I think it’s this pretty innovative combination playing live music and being a totally live band but with all of the sounds on our record.”

“There are a lot of bands now who use electronic music and they mostly kind of just stand by their laptops and you’re like this is f*cking awesome. But I went to a couple shows like that and was like I want to sound like that but actually be playing, how do we do that? So that’s what we did, like Boesel has a drum kit with half electronic drums and half real drums. All of us play keyboards and guitar and bass and kind of all float around between everything we can to make it sound just like the record but more exciting. I think we really kind of figured it out somehow.” 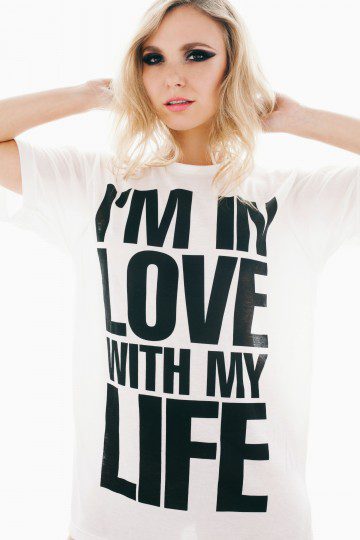 If the single “I’m In Love With My Life” is any indication of what this band is all about, then there’s a lot to be excited about. What makes that song particularly interesting is the story on how it came together in the first place.

“That song was such an accident, a magical thing,” Berg explained. “We had the track done since the beginning of writing this record and it was one of our favorites and we just could not for the life of us figure out what to do with it and what to write over it. We wrote I think seven different songs over the top and just none of them were ever quite right.”

“Then we were working it out one day and Alex was sitting on the couch, producing and Jason our drummer was in the kitchen and he yelled something. And Alex jumped up and said, ‘Did you just say ‘I’m in love with my life?’ And Jason said no, I sure didn’t I have no idea what you were talking about. But Alex said we have to use that, it’s so good. He proceeded to start singing it over every single song we were working on. We were working on a ballad at that time and he was just every five seconds singing it over everything. Then he finally sang it over the song that is now that song and we were like, ‘Oh shit, that really works, doesn’t it?’ We finished the song and kind of used that as our mantra, the song. It felt a bit kind of like a mantra and summation of making the record. Making the record was so fun, it was such a joyous experience, so free and creative and collaborative. It was the last song we finished and it kind of felt like a perfect way to sum up what we had done.”

Berg’s vocals are reminiscent a bit of Metric’s Emily Haines meets Blondie’s Debbie Harry (she even looks a bit like a young version of the latter) with a little bit of Dum Dum Girls mixed in. They’re dreamy but rockin’ at the same time. But she isn’t the only one with singing chops, everyone has something to offer. On “I’m In Love With My Life,” Greenwald’s vocals are at the forefront and sound much like Better than Ezra frontman Kevin Griffin’s more falsetto-sounding vocals. The song is just catchy as hell.

Win Tickets to JJAMZ at the Troubadour – November 7, 2012