Day two of KAABOO Del Mar featured a diverse string of musical acts, from rock to hip-hop to electronic. One of the interesting things about this festival is how little of the latter two genres it offers.

Rodrigo y Gabriela made magic on the main stage with their Spanish guitars, blending flamenco with rock seamlessly. Despite the early heat, people were definitely being moved to dance by the rhythmic sounds of this awesome duo.

The Roots came up next on the main stage, delivering one of the more memorable performances of the weekend. They delivered an awesome cover of “Sweet Child of Mine,” a great rendition of their hit “The Fire” (sans John Legend of course), and brought out this dude Jeremy Ellis, who is a renowned electronic beat-boxer. His two drum-pad type devices were packed full of different sounds, including Nintendo beats. Ellis completely wowed the crowd as he smashed these drum pads with his hands, his elbows and even his chin, all while still making awesome sounding beats.

Counting Crows were next on the main stage and were one of the acts I was most looking forward to catching. What made KAABOO jump out at me was that the main stage sets were mostly an hour-and-a-half, so you felt like you were getting complete shows from many of the people you wanted to see. Adam Duritz and Co. got off to a rocky start, but it was no fault of their own. During a moving rendition of “Round Here,” someone running the video screen screwed up and ran advertisements behind them. People began to boo the screen, but who knows if the band thought it was them who were getting booed. Mixing in songs from their latest album with old hits, Counting Crows even threw in B-side “Colorblind,” which was made famous by its inclusion in the teen drama Cruel Intentions. “I gotta get out of LA,” Duritz sang during one song, to which someone who must’ve made the drive down yelled, “Me too!”

I caught a bit of Young the Giant at one of the smaller stages and they were rocking out pretty heavy to a solid-sized crowd considering they were up against a headliner.

Zac Brown Band were the main stage headliners, and though they’re not generally my cup of tea, I have to admit they are badass live performers. Pretty quick out of the gate they delivered a cover of Metallica’s “Enter Sandman” and it wouldn’t be the last cover song that would appear, as they also did justice to Queen’s “Bohemian Rhapsody.” These guys know how to rock and their guitar solos are second to none.

Earlier in the day, I grabbed a delicious lobster roll from inside this big almost-fairgroundy building that had a bunch of wine and booze and jewelry, like a road show. The food was all pretty good quality in general, and they had some delicious strawberry and blueberry lemonade. While eating some good french fries I spilled ketchup all over my pants, but that was because I’m an idiot.

After the main stage closes down, the only music happening is in a tent and it’s all electronic from 11 pm to 2:30 am. It’s interesting to me, why not open the tent a little earlier and if these people weren’t into Zac Brown Band, they have something more their speed to check out?

Big Gigantic were pretty extraordinary as they delivered some danceable beats with a twist. There was a lot of brass sounds that came during their set – trumpets, saxophones, etc. – and it was a pretty sweet twist to the usual electronic music.

Most people that came to the electronic tent were waiting for Girl Talk, the king of the mashups. His ability to mix songs you haven’t thought of in years with updated beats – or vice versa – is truly impressive. At least a dozen times over the course of an hour, you heard people go, “Ohhhhh” as in “I haven’t heard that song in foreverrrr, I love that song!” From Jay-Z’s “Can I Get A…” to Beastie Boys’ “Intergalactic,” he covered all ground.

It was my first day at KAABOO – Steven Ward covered our first day’s action – and I got the sense that it was very local heavy compared to most fests of its size. Everyone was extremely cordial and it didn’t carry most of the anxiety that comes with these things, which was pretty welcome. 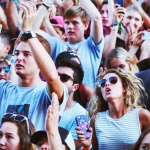 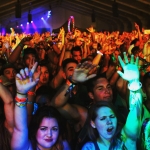 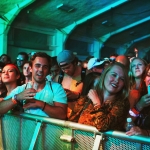 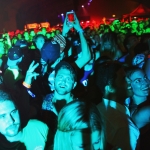 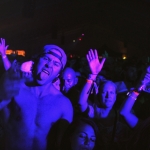 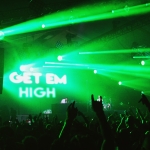 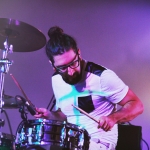 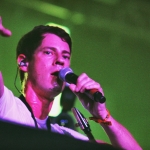 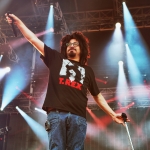 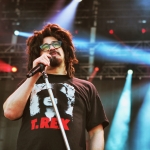 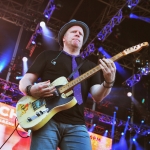 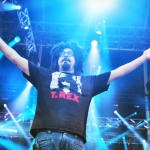 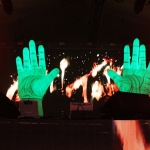 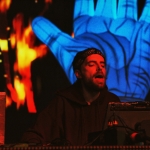 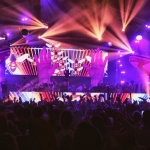 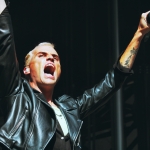 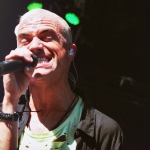 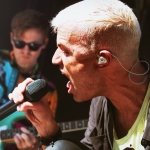 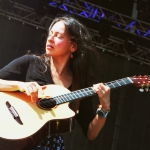 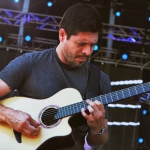