Hear a chirp. A buzz. A cricket. Fog. Palms. Green darkness. Erie. This is the jungle. Hear the roar. It’s the roar of the crowd for Glass Animals.

Last night English indie psych-pop band, Glass Animals brought their infectious music to Orange County. Their single “Gooey” from last year’s release, Zabba, seems to have taken over the airwaves. It’s a sound that is immediately overtaking with tribal beats that make you move. It doesn’t matter if you are sitting on the 405 freeway in traffic or standing in your kitchen making a peanut butter and jelly sandwich, you’re going to be grooving and dancing along with Glass Animals.

Frontman Dave Bayley is a force. If you close your eyes and listen to Glass Animals’ music you might picture a totally different looking group of guys that created such danceable, pop riffed, R&B bass, and at times bizarre music. These guys are white, they’re thin and they’re geeky-looking. But, really, who cares what they look like. They have hit on a layered and complex sound that is accessible no matter what your musical taste may be.

Last night Bayley, dressed in unassuming dark pants and light t-shirt with gold chain, danced unabashedly throughout the 14-song set. His entire body was grooving and bouncing with the beat of the music, even his arms out and flailing. When the bass hit, he hit lost in the haze of the jungle. He wasn’t the only one dancing. The entire place was moving. When the familiar notes of “Gooey” rang out the crowd lost their minds screaming so loud you could hardly hear the music. Bayley shyly laughed in appreciation and a massive smile spread over his face as he said, “some serious dancing going on.” And it continued that way all night.

Glass Animals created a show that really felt like their album. The transition between songs were filled with ambient, earthy sounds that bled one song into the next. It kept the dark groove-driven music cohesive. They changed it up a bit adding in jazzy guitar solos during “Gooey” and “Toes” and a sick drum/bass combo in “Hazey.” When the crowd sang along, Balyey said, “you guys sound fucking amazing!”

Near the end of the set Glass Animals veered off their original music and covered the Yeah Yeah Yeahs’ “Gold Lion” and closed the night out with a killer cover of Kanye West’s “Love Lockdown” that had Bayley climbing through the crowd and everyone singing along. Not much for stage banter, Bayley left the crowd with only a few parting words, “You guys have been totally awesome. You know how to party. Cheers!”

Yes, the jungle of Glass Animals is a party of funky grooves and dance that will leave you sweaty and wanting for more. 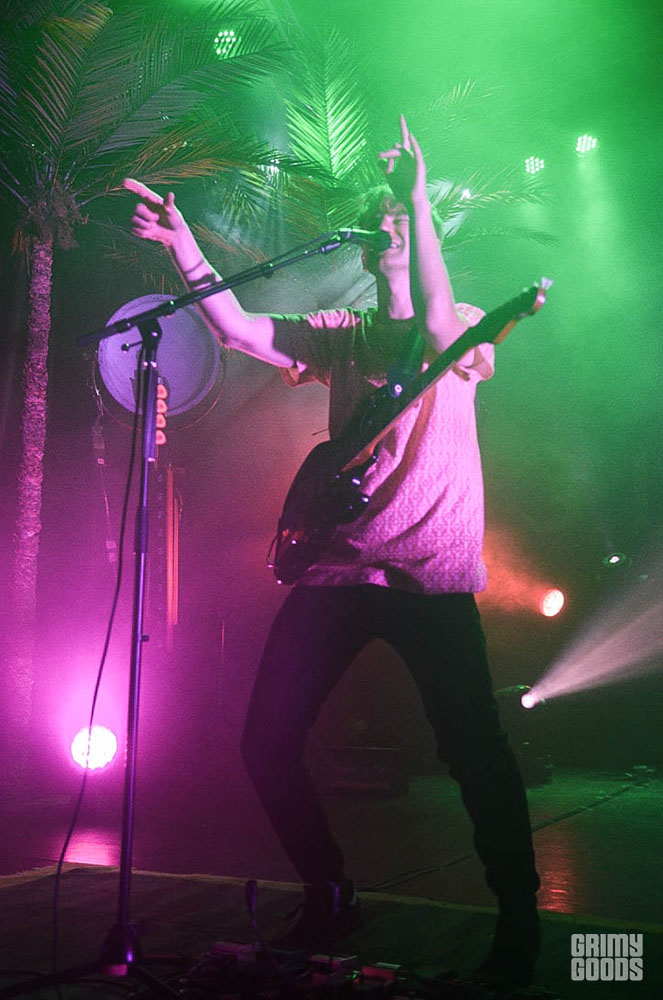 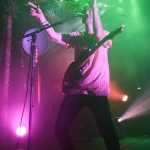 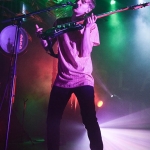 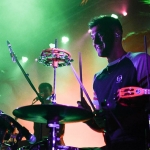 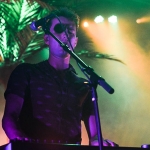 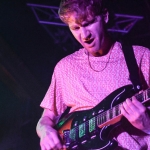 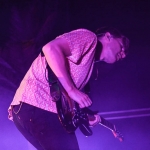 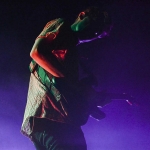 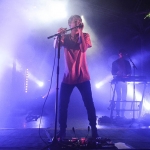 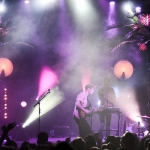 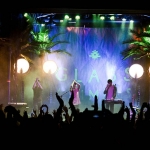 Glass Animals get fans all “gooey” and stuff at Fonda Theatre