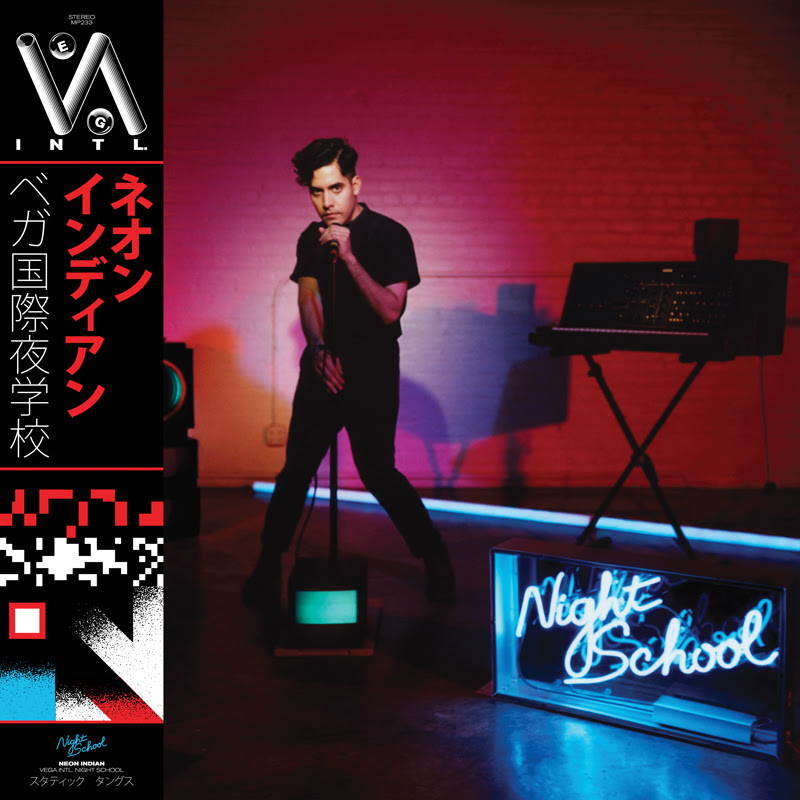 It’s usually never appropriate to judge a book (or album for that matter) by its cover, as the painstaking artistry of its contents are to be little more than complimented by its outer sleeve. But we’re only human, so from the moment you lay eyes on VEGA INTL. Night School, with its 70’s stylized portrait and layout, you’re hard pressed not to expect some sort of disco odyssey. Yet, that’s exactly what kind of journey Alan Palomo, aka Neon Indian, has devised for fans on his third full length LP.

The album’s intro is an almost familiar allusion to 2011’s Era Extrana, funky instrumentals and all, but instead of leading us into the synth-pop hooks of a “Polish Girl,” Palomo dives into the erratically groovy waters of nu-disco design. Layered guitar lines waver and shake in the background as buzzing synths overtake Palomo’s suave vocals on songs like “Annie” and “Street Level,” tracks that emphasize the albums glowing new wave undertones.

“The Glitzy Hive” is about as calm as it gets, and even then the song is an upbeat groove of sultry synth and bass, complete with rhythmic percussion loops. Then there is “Dear Skorpio Magazine,” which takes the album into a whole other direction on its own with its burning electric guitar cuts and Palomo’s vocalizations. “Baby’s Eyes” rumbles lazily as a glittering R&B ballad, rolling forward solely on percussion taps and distorted guitar melodies.

The entire album feels like a back to the basics return for Palomo–its not as lo-fi as his earlier work, but definitely not a fleshed-out synth-pop record either. Forsaking infectious pop hooks for tired and at times raw cut samples, VEGA INTL. Night School sounds like the stellar first draft of a highly progressive producer from thirty-years ago. Recorded around the world, the album boasts a number of cues from European house and disco. To be perfectly honest, it sounds like a stripped down Daft Punk, like if the duo made Random Access Memories in their earlier years.

“Slumlord” is possibly exactly how that might’ve sounded like–a grandiose of dizzying synth, pumping out just enough of a melody to dance to, while Palomo’s vocals echo just loud enough to be heard above the waves. While “Techno Clique” borrows from the eponymous genres head-bobbing rhythms to create a trance-like melody of synth and bass–one that escalated gradually towards a release of quietly hummed instrumentals.

Sonically, the album’s strength lies inherently in its cohesion, rather than in its deliciously lush parts. It ends on three separate high notes, the first of which is the super groovy “C’est La Vie (say the casualties!)”. Channeling his inner Prince, Palomo’s high pitched croons soar over a jumpy bass line, all whilst synths shimmer and shine all around him–just before fading out on the wings of a bubbly chorus line.

“61 Cygni Ave” is similarly rooted in a funky percussion line and zany samples of brass–at which point you might find yourself checking to make sure this still is Neon Indian. By the time “News From the Sun” begins, Palomo sounds more like an R&B synth-pop hybrid than anything else–but the album’s finale is an orgiastic hum of hazy vocals, chic keyboard melodies and plucky guitars.

Palomo has effectively recreated himself in the wildly eclectic veins and underground worlds that inspired his chillwave debut. He takes us back–first with an album cover that throws it back to the days when R&B pop stars plastered their images onto the fronts of cluttered albums–and then with an eerily nostalgic medley of genres blended so gracefully that its result is something definitively new and fresh.

Ultimately, VEGA INTL. Night School is the Neon Indian album no one knew they wanted.

VEGA INTL. Night School was just released today, October 16 via Mom + Pop Records. You can order the album via iTunes. 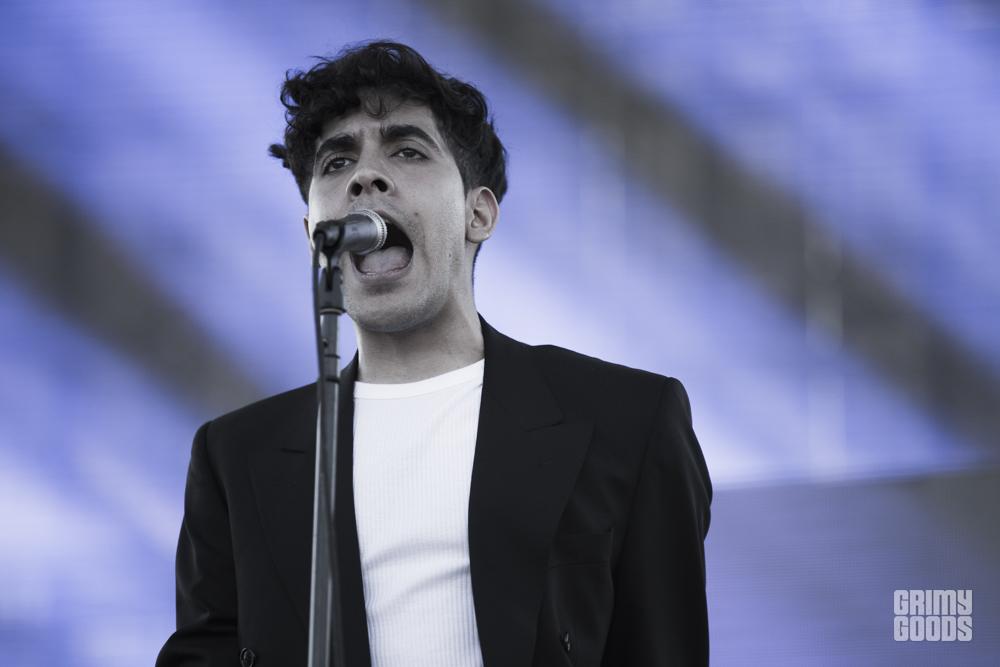