It’s been a meteoric ascent for the 21-year-old. This marked the fourth time I’ve seen her perform live, beginning with an early-day timeslot at May’s Hangout Fest in Gulf Shores, Alabama. She’s since sheared off most of her hair and enjoyed a boundless supply of press, turning her from a sleeper pick into a bonafide breakout star.

The line to get into the Fonda stretched all the way around the adjacent parking lot. A conservative estimate puts the crowd at about 90 percent teenagers. The floor was packed by the time opening act Flor got a few songs into their synth-filled set.

By the time Halsey took the stage at 10 PM, the collective shrieks of the teenage girls pierced my ears at the back of the crowd. As Halsey ripped into her opening track “Gasoline,” a never-ending wave of cell phone screens populated the sky, rarely disappearing during the hour-long set.

Though her microphone seemed to be a bit low and her voice not quite what I remembered it being at her secret album release show in LA a few months prior, Halsey has certainly perfected her stage presence and production aspects of her show. The light setup was wildly impressive, as was Halsey’s ability to connect with her fans.

For the first time since grunge took over the mainstream in the early-to-mid nineties, being an outsider is the new “in” thing. The success of Lorde collecting GRAMMYs and Lana del Rey taking the pop world by storm has opened the floodgates for artists like Halsey, whose album Badlands perfected that alt-pop sound, combining catchy hooks with alternative stylings. She’s the poster-child for the Instagram and Tumblr generation.

Though at this point Halsey is known to the masses for her big song “New Americana,” her set featured a variety of songs that could become radio hits. “Strange Love” and “Roman Holiday” have ridiculously catchy choruses that had the collective crowd’s hands in the air, singing every word. When Halsey took time in between songs to speak to her crowd, they hung on her every word.

It was an interesting show to be at, to say the least. Surveying the crowd, there were at least a handful of instances where these young impressionable kids were accompanied by parents. I can only imagine the uncomfortable feeling that must have come with being a middle-aged father standing with his kids while Halsey sang, “Everybody wants to know if we f*cked on the bathroom sink” — the opening lines from “Strange Love.”

At one point in her set, Halsey spoke to the crowd and — I’m paraphrasing — told anyone in the crowd who was from the industry to “get the f*ck out” of her show if they weren’t singing along to her songs. A few songs later she mentioned that she got in trouble for that brief speech. As much as I like Halsey (and I have played her album almost nonstop in the past few months), it was a bit of nonsense to slag off the people who have played a part in your rise to fame. Let’s not pretend she got on a track with Justin Bieber all on her own — the same people she was telling to f*ck off helped build her into the star she is today. To be fair, Halsey is still just 21 years old and learning how to deal with the kind of fast success that has tumbled others in a similar position.

Back to the music — midway through her set, Halsey turned back the clock to the song that put her on a lot of people’s radar: “Ghost.” She got the crowd to sing the fast-paced opening verse of the track without any backing music, one of the many anthemic moments that would take place. She held considerable power over the audience and it’s clear she’s not just a flash in the pan.

During a brief intermission, Halsey ran backstage to change outfits really quick before returning for “Colors,” another crowd favorite. The positive message of not belonging to anyone but yourself preceded “Hurricane,” which led into the sing-along for “New Americana.” Seeing a bunch of kids who weren’t alive when Kurt Cobain ruled sing “raised on Biggie and Nirvana” never ceases to be comical.

At this point, I would consider Halsey a lock for Coachella, and she will likely draw one of the bigger crowds of the weekend — probably on the Outdoor Theatre stage the same way Lana del Rey did a few years ago. She’s an artist I’ve seen more think-pieces devoted to than any other rising pop star the past six months, and I don’t expect it to slow down. What Halsey must continue to do is prove that she is considerably more substance than style, something she’s been able to handle thus far. 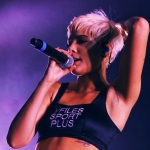 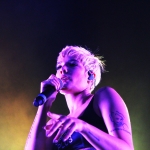 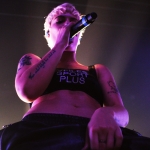 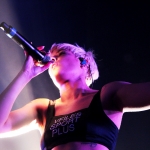 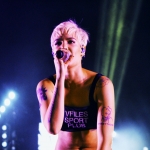 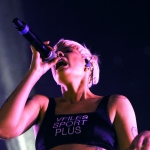 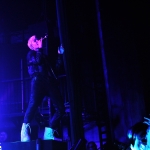 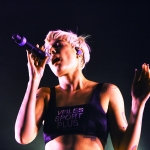 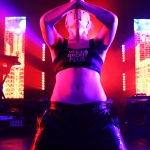 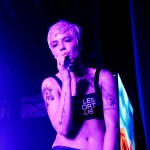 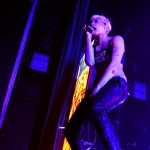 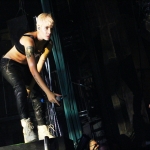