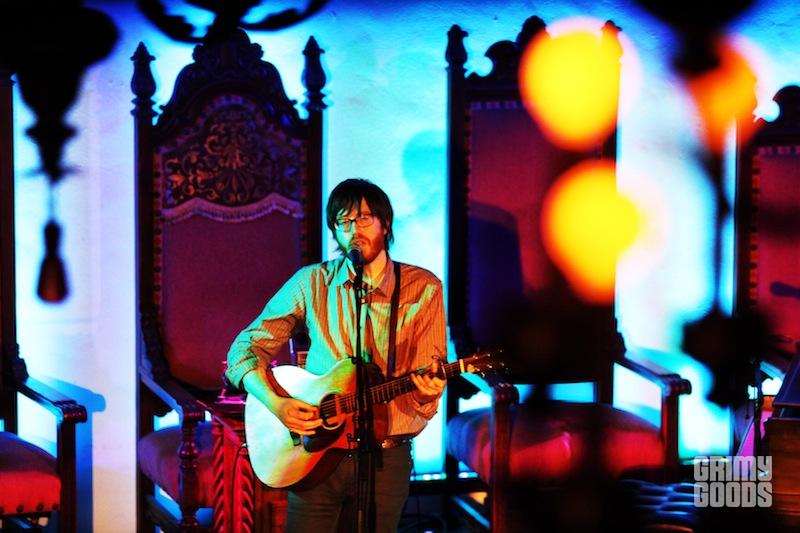 Will Sheff, the moppy-haired frontman of Okkervil River, made his return to the Masonic Lodge at the Hollywood Forever Cemetery late Sunday night for an intimate celebration of Black Sheep Boy‘s ten-year anniversary. Under dim chandelier lights Sheff plucked and tenderly fingered at the heartstrings of fans seated inside the lodge; with only his guitar and a harmonica around his neck, the 39-year-old singer/songwriter was accompanied onstage only by a vintage radio and small soundboard through which he added what little backing melodies the tracks held.

“You’re going to hear a lot about a black sheep boy tonight,” Sheff joked with the crowd before beginning the light strums of the album’s eponymous song. As he traversed through the soft folk remedies of Black Sheep Boy, his lightly murmured vocals flitted around the album’s carefully emotive storytelling and translated them into profound solo performances. From the rolling melodies of “For Real” to the honest respite of “In A Radio Song,” Sheff reconciled Okkervil’s early instrumental minimalism with the sharp vulnerability of his lonely appearance onstage. But the night was not without it’s upbeat moments, which included the jangled rhythms of “Black” ringing out across the wooden walls of the lodge. 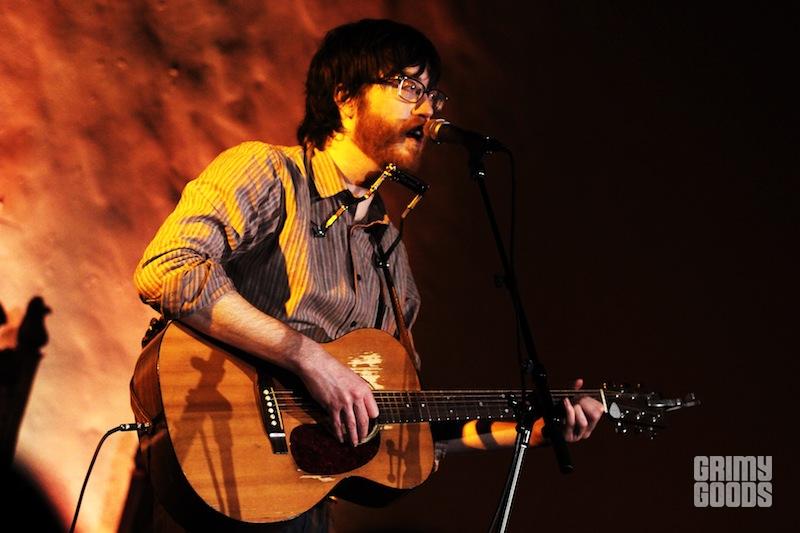 It didn’t feel like a concert–instead, it felt as if we the audience had stumbled-in as Sheff was sound-checking. Unsure of whether we should leave or not, we were left lingering in the doorway, mesmerized by the simple passion of his craft. For the most part Sheff left the audience be, interacting little with the people sitting only a few feet away (apart from the occasional explained memory about the album); instead leaving them with both the inexhaustible weight of his words and the roaring silence between each new strummed melody. Like his fans, the young singer was visibly lost in his music–with his eyes closed, operating on memory and feeling alone, Sheff’s entire set was a haunting lullaby that offered up the lead singer’s take on one Okkervil’s most poigant albums. 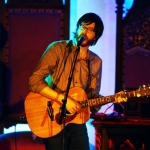 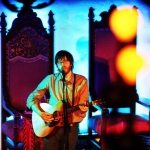 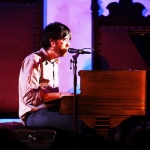 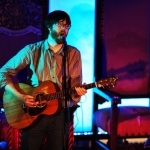 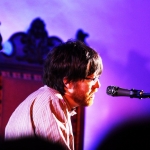 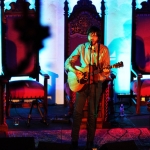 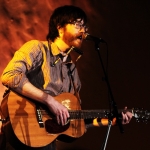 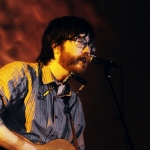 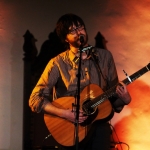