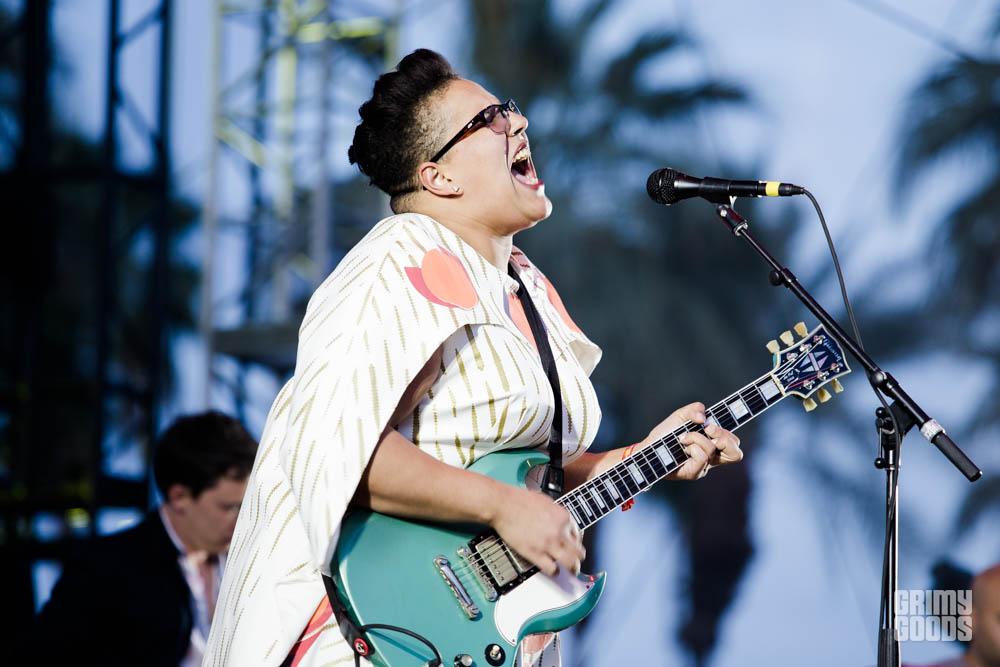 Did you miss out on scoring tickets to Alabama Shakes at the Greek Theatre? The GRAMMY-winning band sold-out their first Greek Theatre date slate for Tuesday, August 9 shortly after swooping on GRAMMYs for “Best Rock Song” and “Best Alternative Music Album.” Naturally, the band was booked for a second and final gig at the Greek Theatre for Wednesday, August 10! You can still get your Sound & Color on as tickets are still available. Purchase your tickets here for $39.50 – $69.50 or take a stab at winning a free pair with Grimy Goods!

Supporting Alabama Shakes at the Greek are Dawes!

First make sure you’re following Grimy Goods on Twitter here and/or “like” our Facebook page here. Next, email ggcontests@gmail.com with your full name for guest list and a clever reason why you want a pair of tickets to Alabama Shakes at the Greek Theatre LA. When you’re done with your email, send us a Tweet so we know you entered the contest or you can post on our Facebook wall. We’ll select a winner that has done all of the above mentioned. Winners will be announced via email, Facebook and Twitter on Friday, March 11th. Winners will have until 10 am Saturday, March 12th to reply back to our email and confirm their win.

FACE BOOK: Just leave a comment on our wall letting us know you entered our giveaway for a pair of tickets to Alabama Shakes on Aug. 10 at the Greek Theatre LA!