The beautiful Theatre at the Ace Hotel downtown served as the perfect setting on Saturday for the powerfully charming performance from legendary alternative rock/new-wave singer-songwriter/guitarist Elvis Costello.

Atlanta based roots rock n’ roll sister duo Larkin Poe, aka Rebecca and Megan Lovell, opened the evening with their unique fusion of bluegrass and rock. They played classic tunes such as “Old Fashioned Morphine,” and “Bang Bang,” masterfully, with electrifying electronic guitar riffs that were warmly welcomed by the audience. It was my first time hearing Larkin Poe and they won me over from the first song and I found them to be a perfect pairing for ’70s English punk rock star, Costello.

Next up, the legend himself. The stage was dressed with a giant analog television depicting phrases, photos and memories that have marked milestones in Costello’s life. The stage was also garnished with multiple guitars that he exchanged throughout the performance, as well as a piano he borrowed from his wife that he played while his mother’s image was projected on the big screen behind him. Costello shared witty stories throughout the night, ranging from his first California experiences, to not knowing what a BLT was, to staying at hotels of questionable reputation back in the day, and reading the book of alcohol by drinking it. Although the theatre was jam packed, the anecdotes he shared, felt intimate. Not to mention, the songs he played had much of the crowd singing along right there with him. For an even deeper look into his music history and life, be sure to check out his recent memoir, Unfaithful Music & Disappearing Ink. Larkin Poe joined Costello for a joyous encore and will continue to perform with him throughout the rest of his Detour Tour. 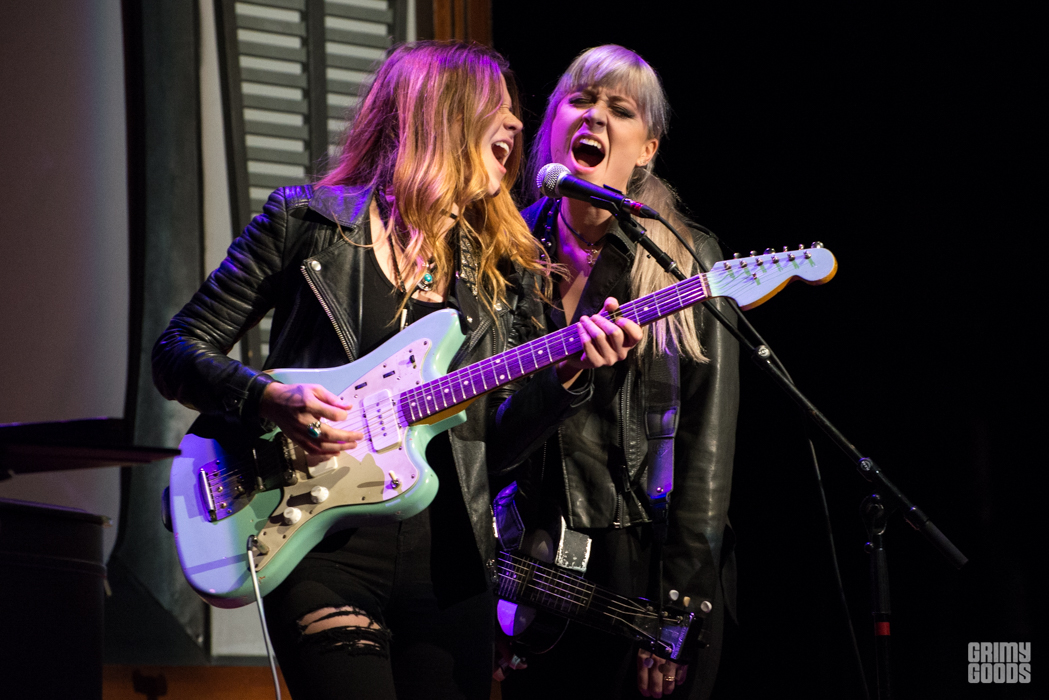 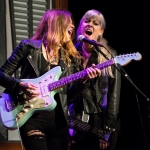 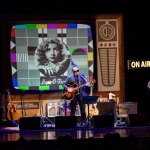 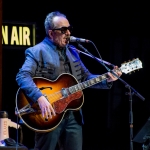 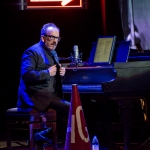 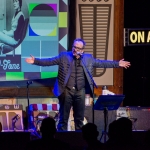 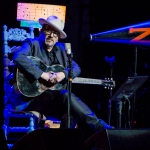 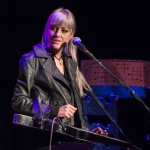 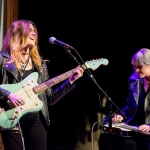 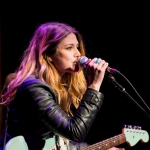 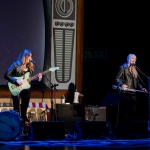 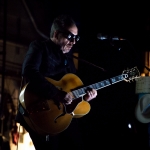 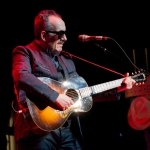 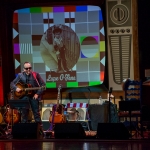 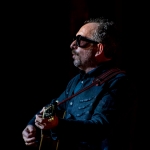