Coachella 2016 set times have been announced for weekend 1! If you’re headed to the desert this weekend to make your annual pilgrimage to Indio, you can now schedule your live music consumption accordingly.

While schedule collisions appear to be minimal this year, there are some significant ones. Will you catch Savages over G-Eazy on Friday? Is Grimes or Guns ‘n’ Roses gonna be your “G” band of choice for that 10:30pm slot? On Sunday, Miike Snow and Flume go head to head for the 9:3ish slot. Who you gonna pick?

Whatever you choose this weekend, just remember it’s “quality over quantity.” DON’T try to catch 15 minutes of every band, but DO attempt to catch full sets from your most sought after acts. You never know what surprises will reveal themselves mid set or at the end of a set. DO open yourself up to new music and genres, especially those you’ve never heard of. 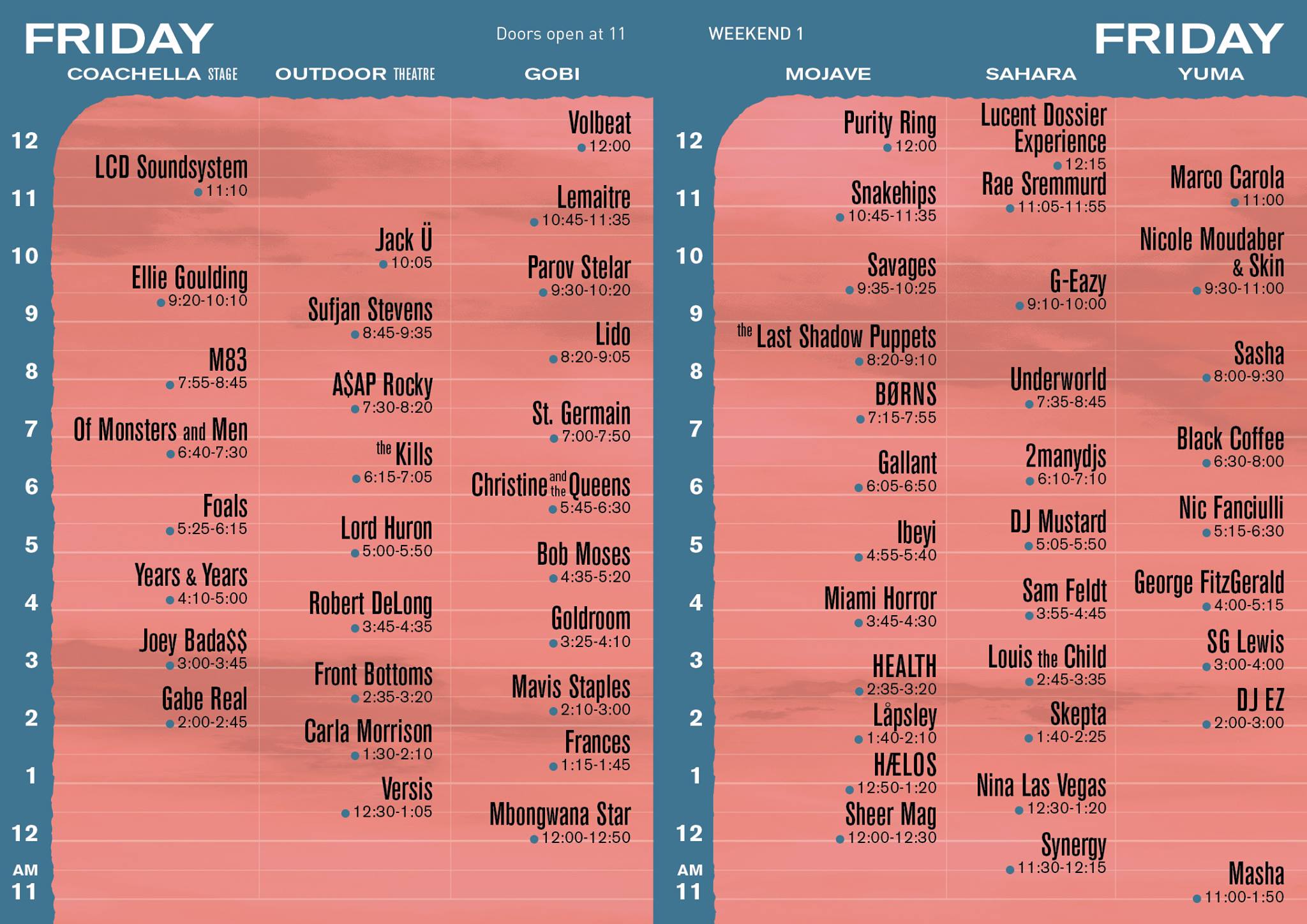 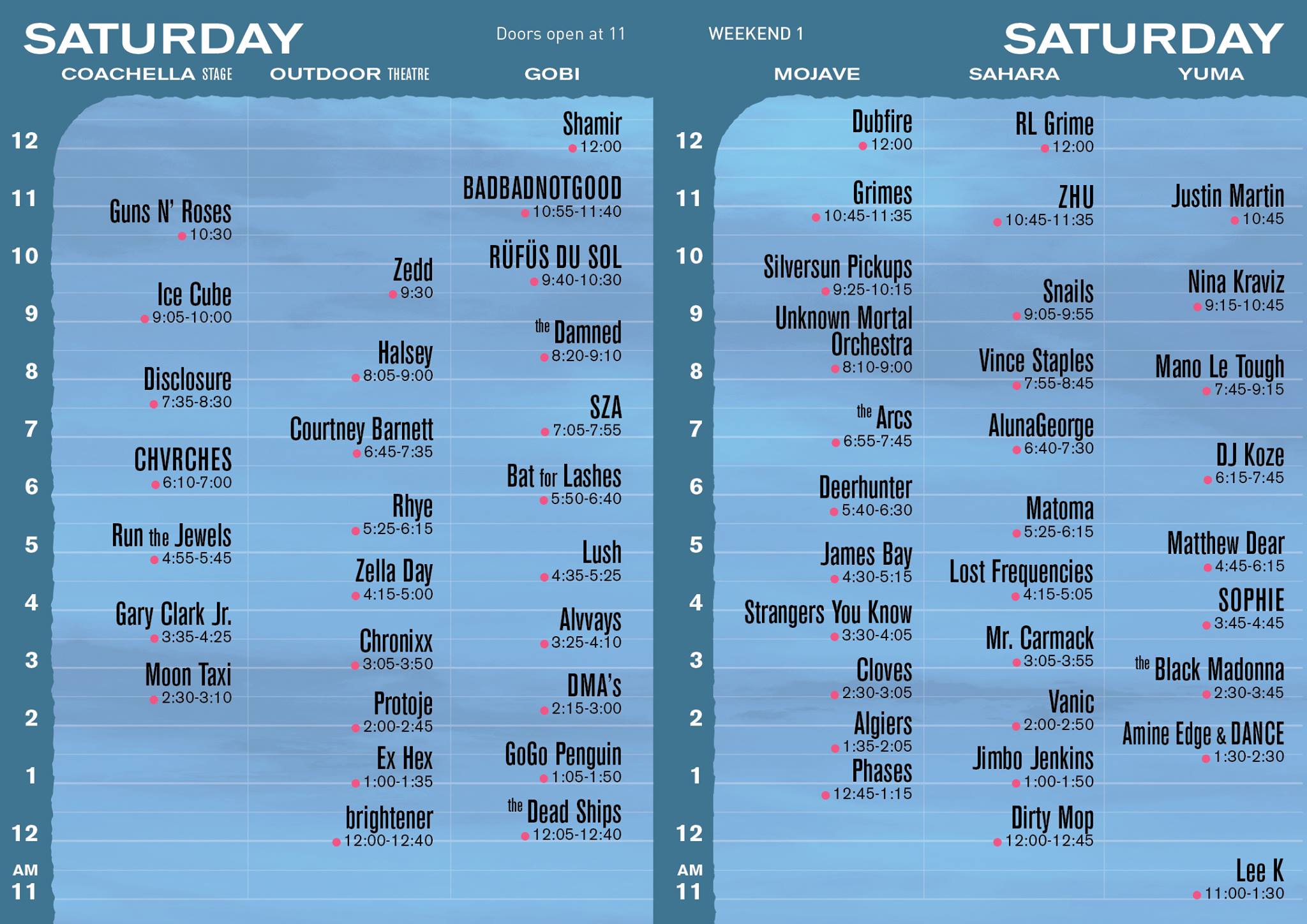 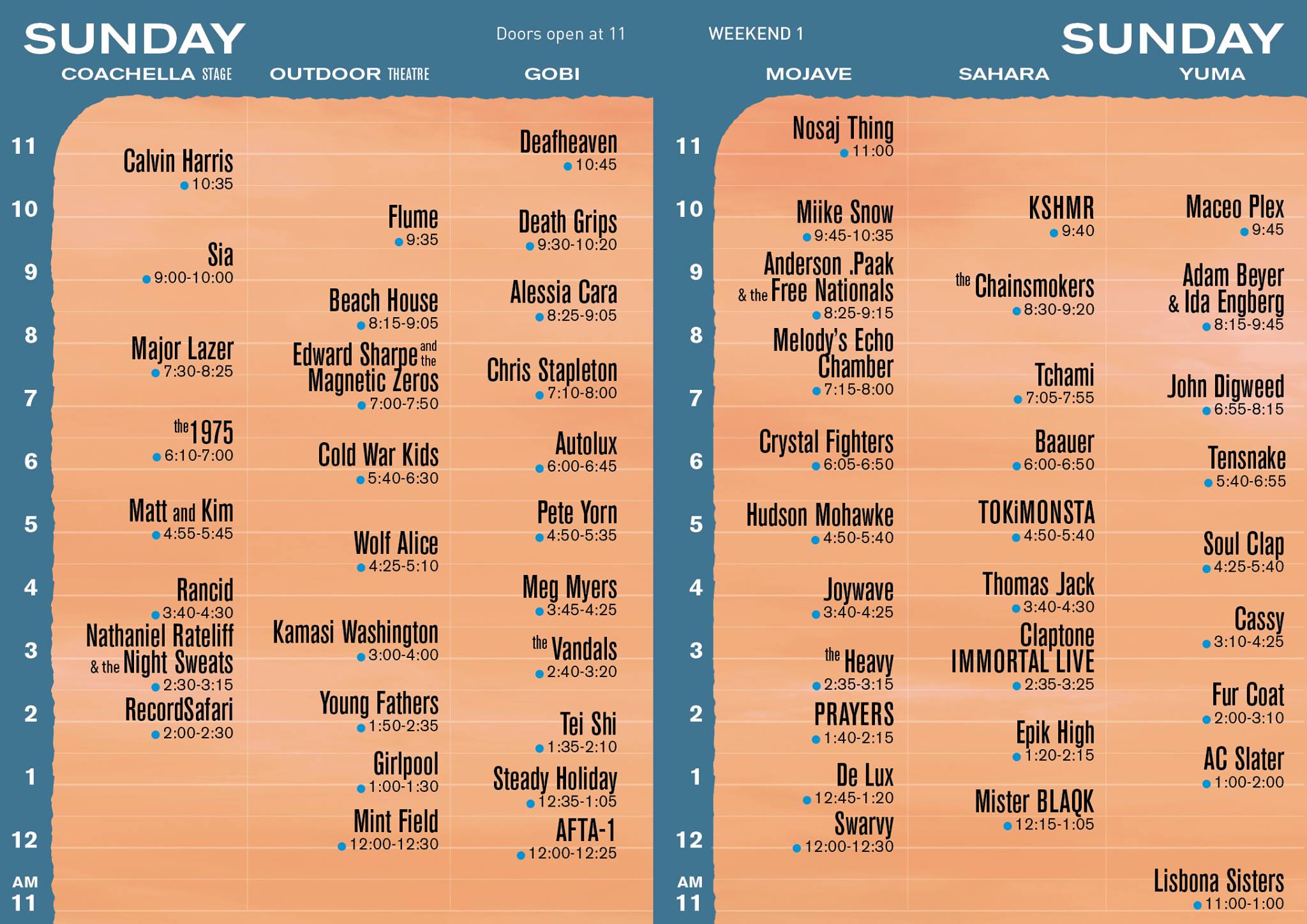