A few nights before her breakout debut at this year’s Coachella, one of our favorite Australian acts Courtney Barnett brought her quirky rock antics to the Glasshouse Thursday night for hotheaded grunge performance. Despite her growth in popularity in the past year due to the release of her superb freshman attempt Sometimes I Sit and Think, and Sometimes I Just Sit, Barnett remains instinctively awkward and delightfully comfortable in her own skin when onstage. While performing at the Outdoor stage this past weekend the young singer/songwriter tripped and fell flat on her back, but without missing a beat took the moment to writhe on the ground for a few seconds. Thursday’s show held no such shenanigans, but Barnett and her rowdy crew clearly came to give fans an overdose of their brazen guitar craziness. Deep in the crowd, between songs raving fans threw out comparisons of the Aussie trio onstage to everyone from Bob Dylan to Nirvana–names that are not lightly tossed around.

Barnett filed her chops as early as 2010 when she was apart of a garage band in Melbourne, and live her face-melting solos are a tornado of rabid guitar licks. From the noisy and introspectively gutting “Pedestrian at Best,” to the reeling introversion and red-hot riffs in “Nobody Really Cares If You Don’t Go to the Party,” Barnett peeled the paint off the walls with her feverish playing. But where the 28-year-old truly shone was when she found herself wrapped up in the bizarre stories of her songs’ focus, which she delivered in her signature deadpan-monotone voice. Whether it was leading us down the highway of her Australian home in “Dead Fox,” or painting for us a melancholy picture of suburbia in “Depreston,” Barnett has a peculiar knack for using ultra-specific images that are wholly universal. Early in her set she dived into the dreary, stream-of-conscious blues of “An Illustration of Loneliness (Sleepless in New York),” and amid her seemingly innocent wonderings (counting the cracks in her wall, trying to figure out the color of the ceiling), the thinly veiled bouts of existential crisis set on by a restless heart is frighteningly poignant. With every pluck of her strings, even as she sang about her love of MSG-filled noodles in “Three Packs a Day,” Barnett managed to strike a different chord within every member of the crowd throughout the night. 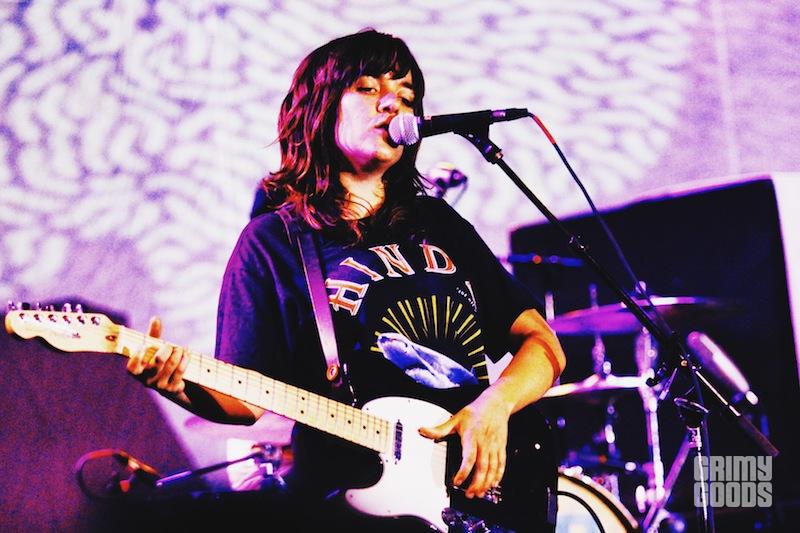 In no other song does Barnett’s poetic, folksy storytelling and brash guitar hammering married so well than within the bluesy percussiveness of “Elevator Operator.” In her Hinds band shirt, Barnett ripped through the song’s cheery narrative as if she was simultaneously writing them on little scraps of paper as she went along and setting them alight with every sublime rumble of her guitar. “I’m not suicidal, just idling insignificantly,” like her protagonist, and Barnett herself, the honest confession of occasional depression is a powerful one. For the rest of us in the crowd, we roared along side her cheeky modern fairy tales not only for the promise of catharsis–but because, inevitably and even if you don’t know all the words, they’re just so damn fun to sing along to.

Canadian jangle-pop outfit Alvvays opened the night for Barnett, filling up the Glasshouse with the foggy nostalgia of their guitar driven melodies and lead singer Molly Rankin’s hazy trills. From the smoky, glowing riffs of the boisterous “Party Police,” to the unconventional romantics of “Archie, Marry Me,” Rankin and company had fans swooning and swaying to their moody pop treats. 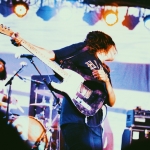 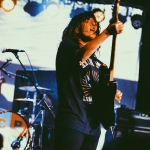 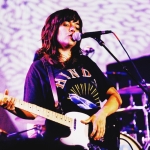 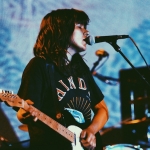 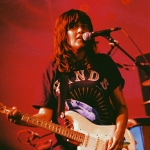 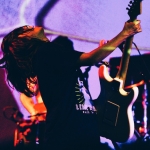 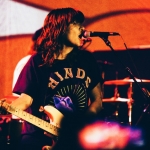 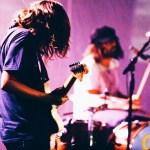 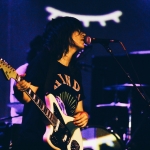 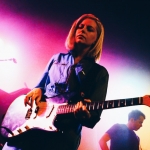 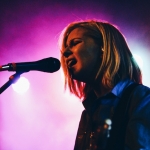 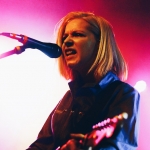 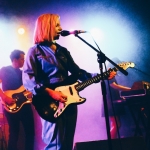 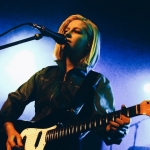