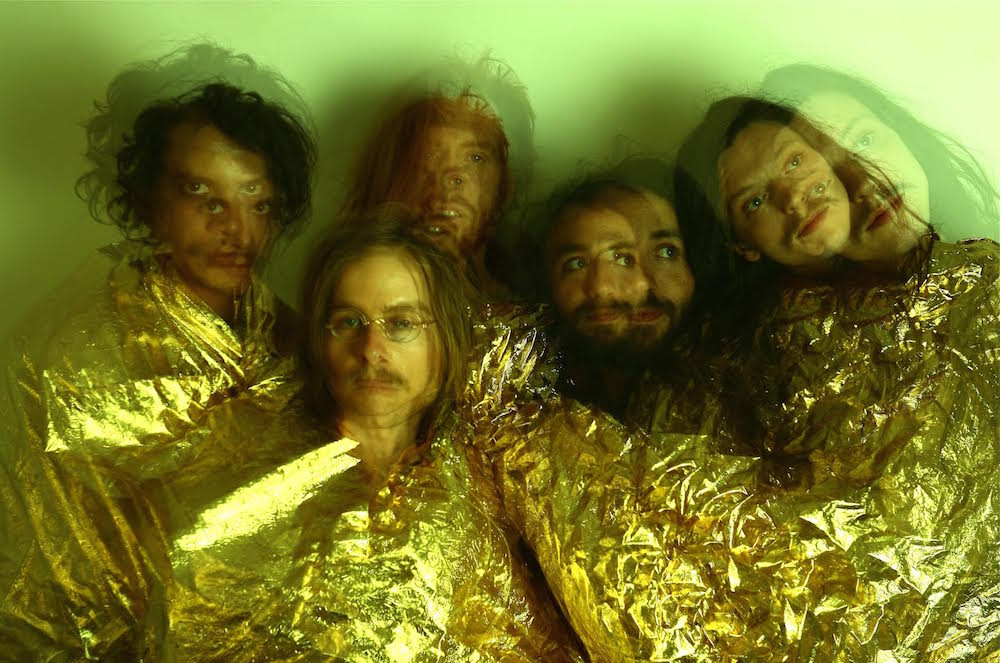 A little gritty, a tad ghostly and a whole lotta rock n roll, Nashville’s Ranch Ghost are about to haunt you with their new tunes. Like the good rock ’n’ roll of the 50s and 60s, Ranch Ghost have that shake, rattle and roll appeal making it nearly impossible to get through one of their songs without whipping your head around or tapping your boots. With sounds similar to their Nashville neighbors Those Darlins, mixed with The Black Lips, Ranch Ghost lay down that reckless garage rock jangle with a welcoming slice of twang. With about 35 minutes of play time, the band delivers an addicting debut full-length record rich in ghostly reverb, percolating drums and echoing croons and howls.

Molding their sound with inspiration from Captain Beefheart’s Magic Band, The Kinks and Nina Simone — Ranch Ghost is made up of Andy Ferro (guitar, vocals), Joshua Meadors (guitar, vocals), Mitch Jones (godfather, engineer, producer, and keys), Tanner Lunn (drums), and Matthew Sharer (bass). When we asked the Meadors why the name “Ranch Ghost?” he shared: “The four of us lived in a ranch style home on the Southside of Nashville. We all fell in love with it and it’s extraterrestrial vibes. We wanted to incorporate those times in the name.”

While sharing a house together, the boys grew deep into listening and sharing things they were discovering. What resulted was the need to give these discoveries their own sound. With none of the band members ever playing an instrument (with exception to Andy), Ranch Ghost started their musical explorations in 2011. While spending their time learning to play instruments and creating a cohesive sound, the band formed a unique bond; and that unique bond can be heard through their music.

Songs like “Turfin'” will have you shaking like an exorcism, while the surf-rock strut of “Bleu” is a song that is sure to create a pit frenzy. The playfully titled “Gross Eyes” sounds all fun and fuzzy, but the track also holds some social awareness:

“Gross Eyes” refers to the eyes of men and women who distastefully thirst after the beauty and innocence of the youth,” shared Meadors in a recent interview. “Have you ever had someone look at you like they were starving and you were a bacon cheese burger? I wanted to make sure the title was as nasty as the song.”

Ranch Ghost is scheduled to release their 10-track debut record, Lookin’ on July 1st via Rough Beast Records. You can preorder the album here.

With plans to bring their self-described “Jangle cow punk” to Los Angeles sometime this summer, we’re hoping to see the band live in L.A. sooner than later. After all, it’s not everyday you find an album that you can listen to at least 20 times and still want more.