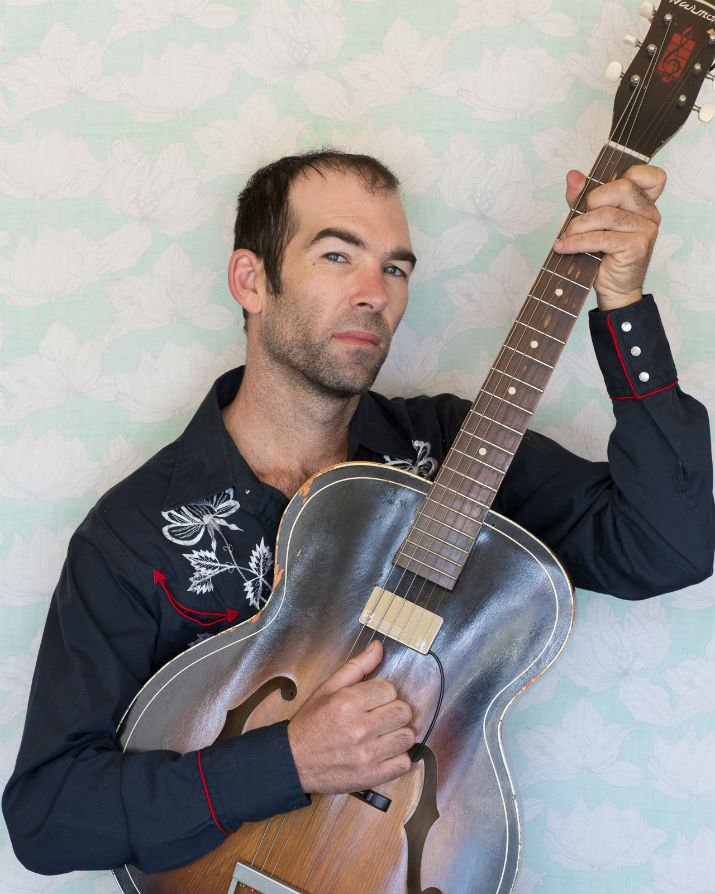 Lo-fi acoustic singer-songwriter Deepakalypse is premiering his first exclusive track, “Drummers,” from his forthcoming album Floating On A Sphere right here on Grimy Goods. The album is his first for Everloving Records (The Growlers, Metric, Ben Harper), due out July 8th, and if “Drummers” is any indicator we’re betting it’s going to be the perfect accompaniment for all your Summer adventures.

The traveling troubadour grew up in Ventura County on hearty diet of music, with influences like The Subhumans, The Pixies and Modest Mouse, but after embarking on his first major U.S. road trip to New Orleans at age 21, he began traveling to/from there with great frequency, . Throughout the years of trekking across the U.S. with his guitar at his side, the makings of Floating On A Sphere developed along the way. “My writing process is lengthy. Every song has taken me years to write. Usually I have a guitar riff that I like a lot and then the words start to come little by little. Cool things fall out of your mouth, you try to write them down slowly, and the pieces fall into place. The recording process was over the span of about twelve years. I had released an album in 2003 and another in 2012. The songs from those two albums, were mostly recorded in my room and in random places that I lived, including the first song “Drifting” which I started in New Orleans on my four track in 2001.”

With his travels coinciding with his song writing, Deepakalypse also found a unique way to fuel his roving lifestyle by doing veggie oil conversions on vintage Mercedes diesel engines. “I got into it because it was a cleaner fuel to use, often free, and I could travel cheaper to play music. The veggie oil scene became a bubble though and its kind of popped. There was biodiesel at gas stations but not anymore because the car companies don’t want you to have an alternative nor do the oil and energy companies.” While corporations may be trying to keep eco-friendly roamers down, they can never take away one’s musical protest and expression.

In “Drummers” Deepakalypse reveals that he wrote the song during the Bush era, with people like Dick Cheney and Reagan economics in mind. “It’s based on the protests and how the over militarization of the police are turning peaceful protests violent.” These issues are rooted in history but still ring prevalent today. Stylistically, “Drummers” embodies a rambling, storytelling aesthetic that leaves the listener hanging on every word and with its shuffling beat, acoustic guitar and folksy, western tinged twang, it is a catchy throwback to the singer-songwriter legends of yesteryear such as Bob Dylan, Woody Guthrie, etc who were at the epicenter of political and musical revolution.

New Orleans dive bars and backyard parties in the early 2000s remain some of his most interesting and beloved performance spaces that he’s played and what he describes as, “mystical times they were.” However, returning back to California and setting up home base in Highland Park/Eagle Rock area allows for plenty of cool places to see shows with friends and opportunities to soon play shows. While no Summer/Fall tour dates have yet been announced we’re staying tuned to Deepakalypse’s Facebook page for local show dates post-album release. Australia, New Zealand, Spain and Amsterdam also remain at the top of his international wanderlust locations to tour as well. We’re looking forward to seeing where his musical journey takes him next!

Deepakalypse’s new album Floating On A Sphere is available for pre-order now via Amazon. 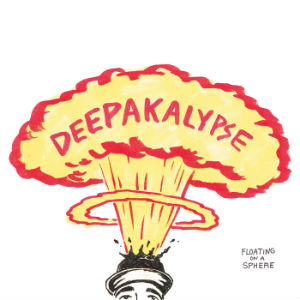