Wu-Tang Clan Ain’t nothing to fuck with…

The Wu is still here and still have their die hard fans. Last Sunday night at The Novo in Downtown Los Angeles, Wu-Tang Clan showed that their movement still exists and is even stronger than ever. With a variety of fans boasting different ages, ethnicities, and cultures — the vibes were high. Fans were elated to see GZA “the genius” and discover what surprises he had for the evening.

GZA is arguably one of the best artists in the Clan. His 1995 album release Liquid Swords is recognized in the hip hop world as one of the greatest albums of all time. With that said, the energy was potent at The Novo. I imagined this is what it might have felt like to attend a 90s Wu concert. Fans were rapping along to complex lines word-by-word not missing a beat. Heads were bobbin’, hand were in there air, and many were forming the iconic Wu “W” with their hands.

GZA performed many greats from Liquid Swords, but he didn’t just limit himself to his own verses or even songs. Fans were going nuts singing along to Ol’ Dirty Bastard’s “Shimmy Shimmy Ya” as they threw up the their proud W’s.

As the concert neared its end, like the master that he is, GZA silenced the crowd and dropped an amazing acapella verse, reminding people why he is known as The Genius. GZA closed his performance with Inspectah Deck’s infamous verse from “Triumph”. It was gloriously chilling.

The night was full of golden moments that remind you of how dope GZA is and why Wu-Tang is forever.

Supporting GZA as the opening act was West Coast rapper Noa James. Check out photos of them both below! 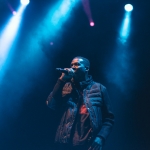 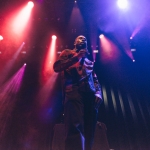 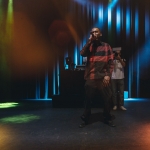 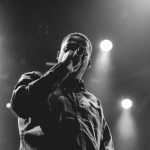 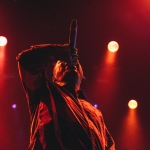 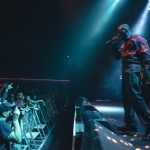 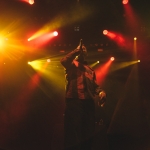 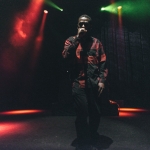 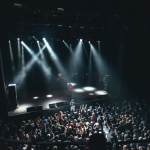 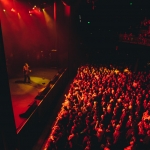 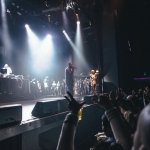 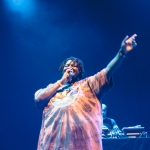 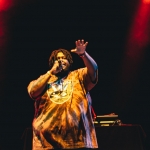 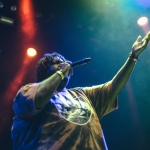 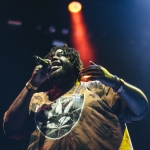 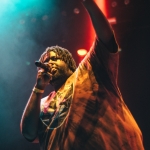 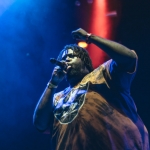 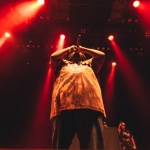 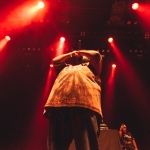