Excited fans gathered in West Hollywood, Sunday night, to see one of their most cherished bands of our teenage raging years (as if we’ve outgrown them). The rain couldn’t keep the Roxy from selling out their club for the Arizona rock band, Jimmy Eat World. This band has been around for quite sometimes and continues to leave their mark on us. I grew up listening to this band in elementary / middle school. For others this could have been prom mix tapes. Whichever way, we’ve all grown to love and rely on Jimmy Eat World for their unique power-rock/pop tunes. Their show at the Roxy was no different.

Supporting their latest and ninth studio album since 1993, Integrity Blues, Jimmy Eat World made a brave comeback after taking a year off to clean out the cobwebs. On lead vocals and guitar you have Jim Adkins. He took a few moments to thank the crowd for their continued support over the years and on the most recent album and what he calls Jimmy Eat World’s “most direct album.”

I feel like Jimmy Eat World is a band to grow with. Their music captures experiences and emotions that we can all relate to in one way or another. Sunday night at the Roxy felt like a very intimate house show. The place was without a doubt packed to the brim and of course temperatures rose. Let me just say that Jim was pouring sweat, ok? He performed the track “Get Right” off Integrity Blues, and began dripping sweat. To be among the wide age ranged crowd, and look around and see every person just so completely enthralled by the music was pretty empowering. Like I said before, this band has proven strong throughout the years with their timeless songs.

Jimmy Eat World performed a handful of favorites which would get the crowd up and up all over again with the same starting energy they had as when they walked in the doors at the beginning of the night. Closing up their set with the hit “Sweetness” off their fourth album, Bleed American, fans danced like nobody was watching. It was without a doubt, an Incredible show of sorts, and to shed light on the overall vibe — And I quote the words of Jim Adkins — “Y’all are a whole lot of WOOOOOO!” 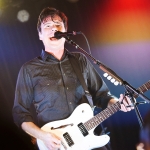 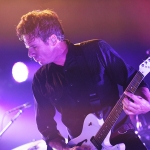 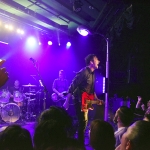 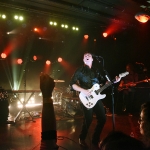 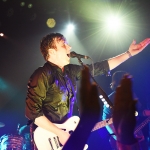 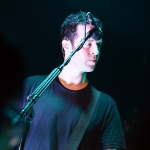 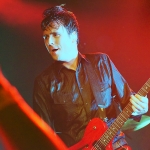 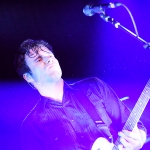 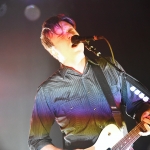 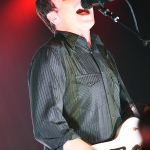 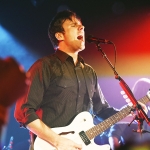 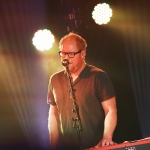