Making their long awaited return to the Greek Theatre on Friday night, M83 seemed to borrow from the vast endlessness of the cosmos above to fuel their epic soundscapes. Led by the harrowingly triumphant wails of synth-wizard Anthony Gonzalez, the band poured out their sonics so that they filled the entirety of the Greek like an effervescent pool of swirling crescendos and jarring staccato beats. The French-based band have always held onto their unique niche as a decidedly eclectic electronic band, a label that even seems out of place given their heavy emphasis on live percussion and the dizzying talents of guitarist Jordan Lawlor (also of J Laser).

But live, the theatrical scope of their songs gush and bubble in the form of carefully measured buildups of hammered drums and surgical insertions of angel-voiced singer Kaela Sinclair. Drawn out, stretched to the furthest reaches of space and imagination, M83 colossal movements of sound were made for stadiums (and, fittingly enough, Hollywood); made to swell, breathe, and hang in the open air until forced to come crashing down in chaotically melodic collisions of sound. From the onset opening with “Reunion” and its rocketing tumble of percussive madness and blood-burning vocalizations, M83 celebratory and grandiose musical compositions have always somehow poignantly cast an introspective light at the most molecular, individual level.

From the howling proclamations in “Steve McQueen” (“I woke up stronger than ever!”) to the slow-burning climb of “We Own the Sky” and its edging claim (“It’s coming, it’s coming now!”), M83 pushed the crowd to euphoric catharsis with every neon saturated climax. Even their material from their latest album, Junk, although more rooted in a more 80’ disco-pop sound, still burns with the same delirious fever that the more cinematic Saturdays=Youth and Hurry Up, We’re Dreaming both shared. The absolute insanity that follows the explosion of the chorus on “Do It, Try It,” which only escalates with every replaying until by the end of the song, Lawlor’s erratic dancing and flailing guitar playing can only be attributed to possession by some funk god. Ferociously poise, M83 was unrelenting, armed with the infectiously danceable “Go” and “Walkaway Blues” (the latter seeing Lawlor take over vocals) they had the crowd jack-hammering their feet into the concrete floors of the Greek.

Yet the euphonious trills of Sinclair, the band’s newest addition, has continued to wow crowds with her cuttingly silver croons. Although ultimately Gonzalez’s co-vocalist, Sinclair’s vocal pieces are not always at the forefront of the melody and usually accompany it like another instrument–but even catching the faintest hint of her voice leaves you awash in the freezing, goose-bump inducing rush of it all. By the time crowd favorite “Midnight City” was unleashed onto the crowd with its signature synth-shrill, fans were already lost in the spellbinding reality that had been woven with the lingering echos of every one of their songs.

But for a band built upon the crafting of emotionally compromising crescendos, you’d think finales would be hard to top when basically every song is majestic enough to be one. Their lullaby to us, the sign that it was all over, came in the form of “Outro”; arguably one of the greatest outros to an album. In a gorgeous crescendo that begins with a simply strummed medley and ends in climatic rapture of percussion and strings, Gonzalez paints a desolate image of himself, lonely, yet unafraid, facing “tempests of dust” until the end. The symbolism is cosmically ambiguous, yet also a microcosm of every person’s internal or external Goliath–every echoed roar of that final declaration of defiance came rushing forward with one clamorous crash of sound “Now and forever I am your king!”). And in the aftermath of the memory, of M83 collectively blowing away not just those present but the entirety of the hill the Greek sits on, only the twinkling fade out of that piano lilting in the cold October breeze is what’s left.

Erratic indie-rock group Yeasayer opened the night with their off-kilter anthems, taking the night’s early arrivers a for a ride with songs like “Ambling Alp” and “Silly Me.” Rooted in their ecstatic convulsions of synths and warbling guitars, its two co-lead singers sent their dually elated and emotionally biting narratives deep into the crowd. It didn’t take long for the trio’s charm and incessant pandering to the crowd’s need for funky percussion and whacky spirals of synth medleys to finally win them over.

More Photos of M83 with Yeasayer at Greek Theatre! 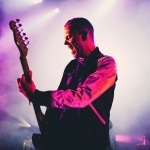 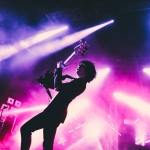 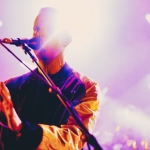 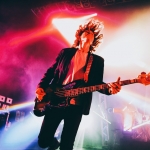 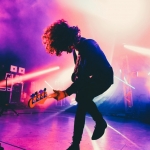 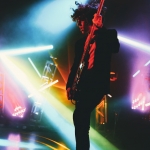 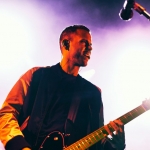 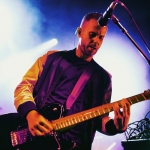 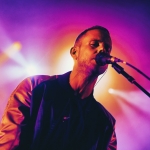 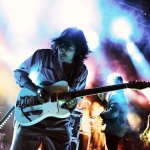 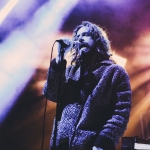 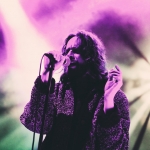