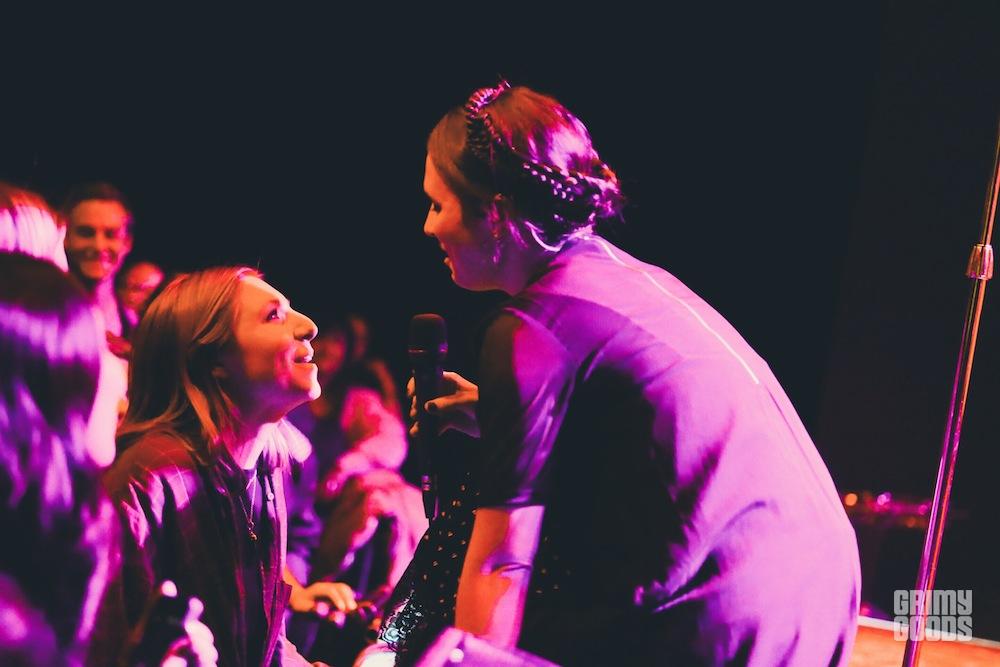 Monica Birkenes–known by her stage name as Mr Little Jeans–might vibe greatly in the moody atmospherics of shadowy indie-rock that draws comparisons to everyone from Lykke Li to Lana Del Rey, but the Norwegian singer/songwriter moves in a lane all her own. Chances are you’ve caught a listen to her before, as she first put herself on the map with covers of Beyonce’s “Single Ladies” and Arcade Fire’s “The Suburbs,” bringing the anxiously sultry dynamics that her piercing croon offers to both songs. But as gushing with tempestuous angst as those covers were, Birkenes doesn’t just rely on slowly stacked, minimalist arrangements to enrapture her listeners; her debut LP Pocketknife showcased an expansive soundscape of upbeat, carefully measured iterations of her delirium of attitudes. Like Lorde before her, Birkenes overlays her vocal depths and velvet huskiness of her lower ranges with driving tunes that range from jittery indie-rock plays to pulsing electronica–and the result is damn great music to dance to.

The Constellation Room was the place to be last Friday night as once again the venue played host to a trio of spectacular acts that included Mr. Little Jeans headlining performance. Opening the night was singer/songwriter and Anaheim native TRACE, who mellowed-out the crowd with a quirky, albeit candid short set that culminated in a cover of Drake’s “Hold On We’re Going Home,” which Birkenes joined her onstage for. As a projector flashed images of what looked like the Palm Springs windmill fields and desert mountain landscapes, TRACE offered her sweltering, quietly murmured dirges to the crowd, soundtracked solely by a few choice beats that punctuated every one of her heartaches with melancholic precision. 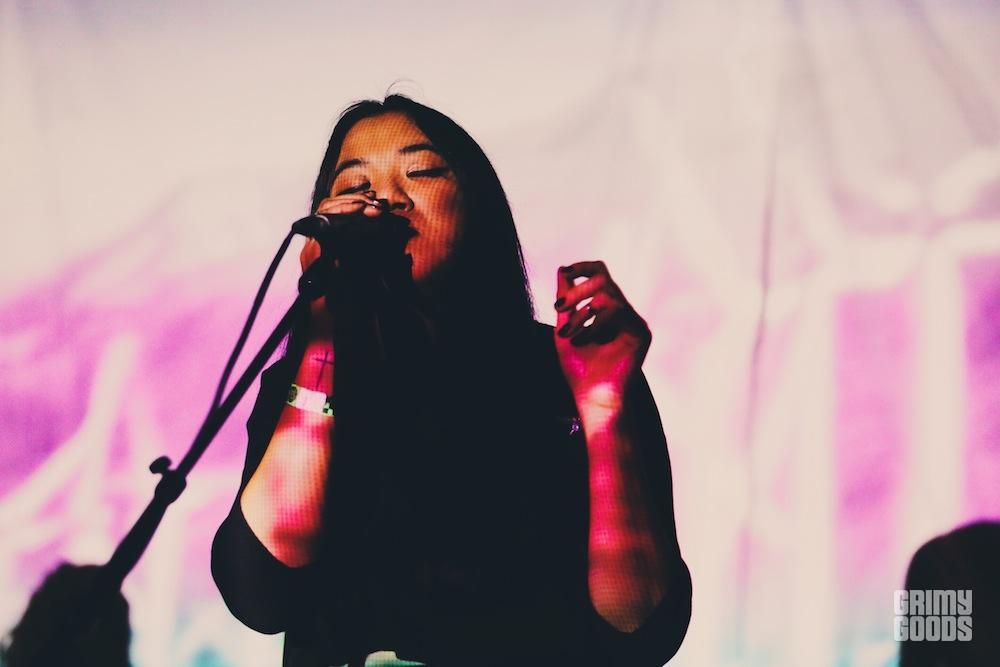 By the time Mr. Little Jeans had finally taken the stage a little after ten-thirty, the Constellation Room had been filled to the brim. After brief initial technical difficulties, Mr. Little Jeans began her over hour long set and it became instantly apparent that the spellbinding nature of her music wasn’t just a creation inside the studio, but existed vibrantly during her live shows as well. Coupled with a live a drummer and relying on a synthesizer to espouse the colossal infinity of her sonics, she stood relatively alone at the front of the stage with just a microphone stand in front of her. Unlike many singer/songwriters new to the stage, Mr. Little Jeans, whether by choice or sheer possession by her songs, refused to stand still very long. Eyes closed, waving her hands and gesticulating to the air in front of her face, dropping to her knees to serenade fans pushed up against the stage, grabbing her microphone stand and crouching/leaning like glam-rock star, pointing madly at the crowd; Mr. Little Jeans led by example and her invigorating bliss was infectious. When an artist has as much tangibly visible fun with their music as she does, that’s pretty much fifty-percent of a show’s energy right there, and the crowd could feel the bubbling emotion and fed off it with every one of her cutting howls.

Rolling out basically a play-through of Pocketknife, everyone of her propulsive tracks was given another layer of emotional vulnerability that simmered under the crowd’s feet. Ranging from dark confessionals of catharsis to foot-stomping power pieces on love, Mr. Little Jeans didn’t allow one second of down time, pushing through swelling electronic bumpers like “Runaway” and then diving into the sublime buoyancy of “Good Mistake.”

During the ridiculous explosions of surging samples of youth choir harmonies in “Oh Sailor,” Mr. Little Jeans crouched to offer her microphone to a trio of girls at the foot of the stage and started laughing in shock and glee when they started singing every word–and soon the entire Constellation joined in as Birkenes just sat there for a moment in disbelief. It was a magical moment of recognition that the venue was filled with intensely loyal fans of her music, a moment of pure intimacy that you don’t see very often. Needless to say, Little Jeans bleeds this intimacy almost unconsciously and her off-kilter movements onstage are unique to her own personal enjoyment of her songs–and she has a brilliantly euphonious voice to boot. Near the end of the night she gave her “The Suburbs” cover, curling her vocal fingertips around the song’s nostalgia-laden and dreamy somberness, drawing from it and us every fearful notion of growing up in such uncertain times. Eyes still closed, Mr. Little Jeans poignancy feels almost second-nature, unpracticed and unrehearsed, it’s a moving extension of your own emotions–both ones you couldn’t put to words and ones you didn’t know you had. 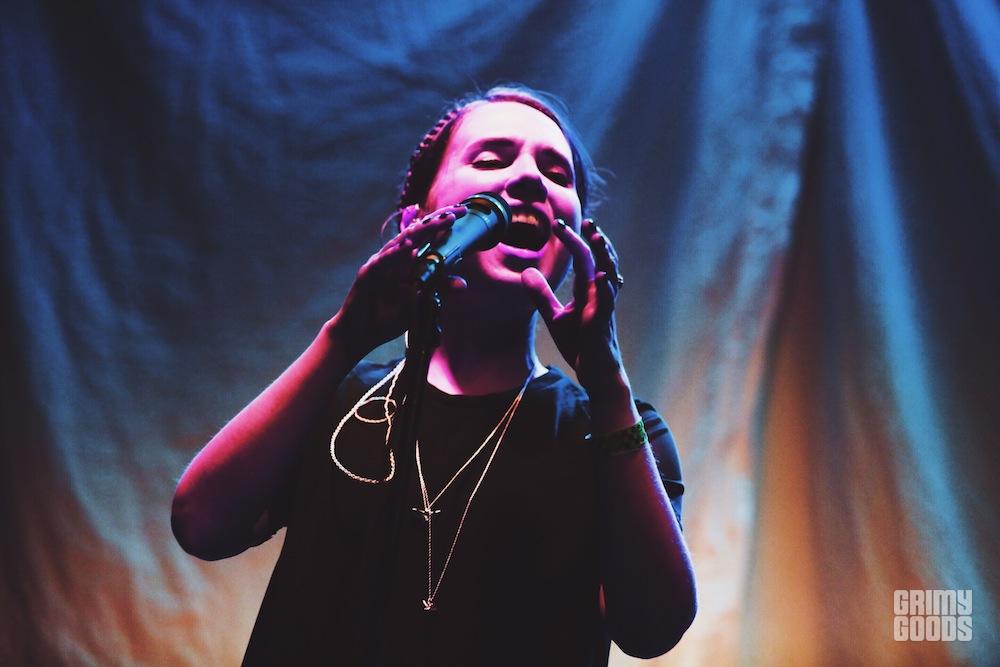 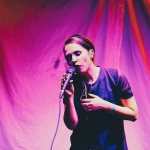 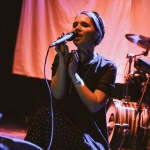 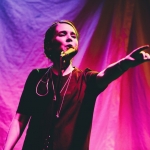 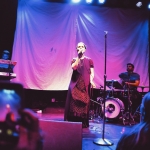 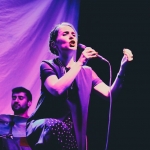 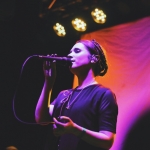 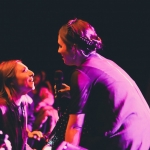 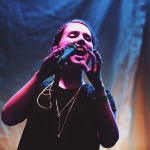 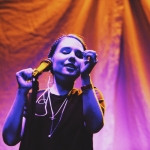 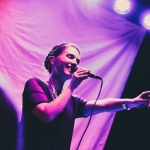 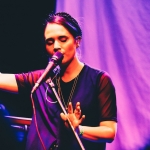 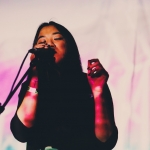 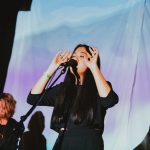 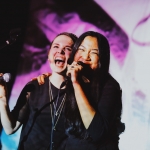