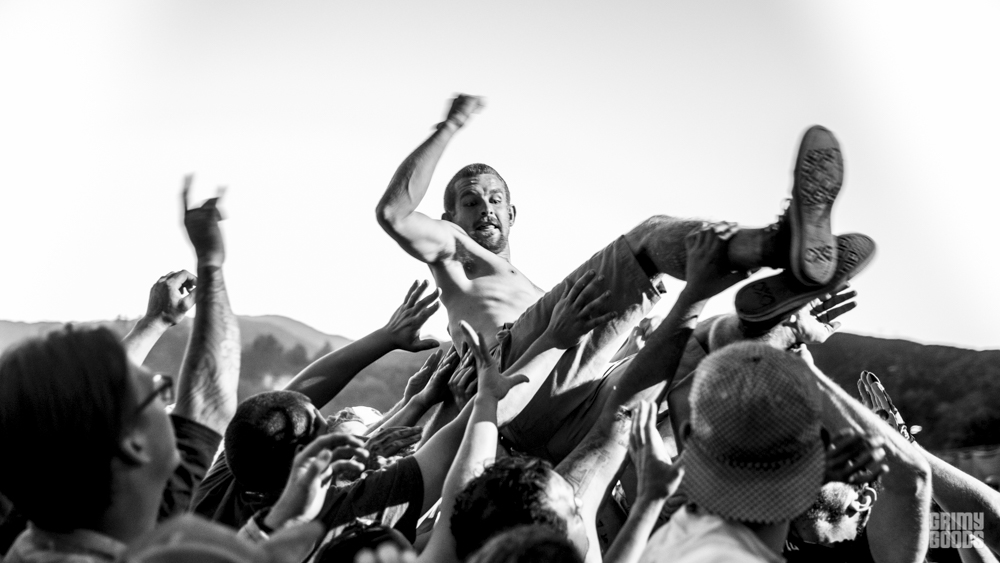 We’ve compiled our list and show previews for the Best Los Angeles Concerts of January 2017. From up-and-coming independent acts to well-known artists, the best L.A. concerts of the month feature all genres: punk, hip hop, metal, post-punk, industrial, r&b, garage rock, electro pop and more. Catch rising acts such as Warbly Jets at The Satellite and Spencer Ludwig at The Echoplex, or familiar names like Thee Oh Sees at Teragram Ballroom, Mogwai at the Ace and Talib Kweli at the Belasco. January is kicking off the new year with stellar selections of live music in Los Angeles. Check out our favorite shows of the month and be sure to stream our playlist for a taste of the selected acts’ music.

January 2 — Warbly Jets at The Satellite
Starting off the new year with a full month of Warbly Jets sounds is too good to be true. The four piece band turned heads this past year with debut single, “Alive,” an infectious indie rock song that gets us off our seats. In between their Monday night residency, Warbly Jets will be going going to San Diego and also sneaking in a show in Salt Lake City. Check out our interview with Warbly Jets here with full lineups for each Satellite residency date.

January 3 — French Vanilla at The Echo
Founded in 2013, L.A. band French Vanilla incorporates the sax into their songs, writing about periods, teenage struggles, and friendships. Check out their tracks on their bandcamp (most notably ALL OF THEM)! French Vanilla have announced a 10-day tour during the month of February taking place all through the West Coast. Catch them before they go! Emerson Star, Jerkagram, and The Tissues support. Free with RSVP!

January 3 — Kyle Morton (from Typhoon) at Bootleg Theater
Kyle Morton, lead singer from the Oregon orchestra band Typhoon, released his first solo album What Will Destroy You this past September. “…These songs are about kinds of love, from old fashioned heartache to acute sadomasochism; some drawn from personal experience and others extrapolated from years of keen observation on the subject.” This would be his first pitstop on his album tour with supporting acts Anthony D’Amato and Vikesh Kapoor. Get Tickets!

January 4 — TV Girl at Resident
TV Girl’s Who Really Cares 2016 release is “An album about Sex/Or lack thereof/ And its consequences/Or lack thereof”. A pleasurable listen filled with lush layers of synths, samples, and voiceovers, Brad Petering knows how to stimulate your craving ears. We can’t imagine how listening to this live will feel! This would be TV Girl’s first show date on his announced tour with Poppet. Get Tickets!

January 4 — Flying Hair at The Echo
Oh yes. Your hair will be flying as you headbang to the L.A. based band’s heavy sound. Comprised of Bobby Martin on bass and vocals, Kurt Mangum on guitar, and Matthew Clark on drums, their debut album Haunted Hangout II is undeniably flavored with delicious dashes of Black Sabbath. As of now, news about their second full length album to be released in 2017 is in the works! Maybe they’ll slip in a couple of new tracks! L.A. bands Child, Melted Bodies, and Dancing Tongues support. Free w/ RSVP!

January 4 — Old Outfits at Silverlake Lounge
In support of their Blue+Red EP release back in November, the duo from Portland, Oregon have scheduled their second to last tour date in L.A.. “Jamie” is considered one of the band’s newer songs off the EP, while “Cut Me Loose” is an older song that made it onto the spotlight. In addition to the EP, the two childhood friends self-released their debut album Leave Space last year as well. Ecstatic Union and Coyote Run support. Get Tickets!

January 4 — Nick Valentini Collective at Bootleg Theater
Utilizing piano keys to create soft, heart-felt tracks on the 2016 EP release No Time for Today, the Nick Valentini Collective have only one scheduled date in L.A. “The upcoming album is inspired by the beauty of experimentation and the eagerness to explore endless possibilities through voice and music. There is opportunity to grow as people and individuals by simply trying new things,” said lead singer of the band Nick Valentini of their upcoming debut album. “Mr. Mister” features twangy violin strings, whimsical piano key strokes, and beautiful flute whistles. Be here to kick off the new year! Wake the Wild and jackbenny support. Get Tickets!

January 5 — POLARTROPICA at The Hi Hat
POLARTROPICA has made a name for herself this past year, not only because of her colorful stage presence but for giving us a listen into “a distant land where macarons grow on trees, fuzzy baby flamingos nap in the warm sunshine and glitter clouds line the sky.” The L.A. based artist released her debut EP Astrodreams via Lolipop Records this past March. Catch her live as she performs in support of the Eagle Rock Planned Parenthood. Mini Bear and Cassandra Violet support. Get Tickets!

Listen to Songs from our Best Concerts of the Month