This past Thursday, Goldenvoice and FYF presented my most anticipated Coachella sideshow of the week. LA’s El Rey Theatre sold out for the very talented Whitney. The band’s debut record Light Upon The Lake off Secretly Canadian is practically perfection. With their casual melancholic tunes, founders Max Kakacek on guitar, and Julien Ehrlich on lead vocals and drums took off and rolling, getting their name out there around mid-2016. I actually discovered this band last August in San Francisco at Outside Lands. They had the very first slot at the start of the festival’s weekend run, and to this day I am so thankful I caught them.

Opening for Whitney at the El Rey, was Dent May. The audience was pleasantly surprised when a growling, deep voice came out of the Mississippi native. His music is amplified with help from friends on bass guitar, drums, and keys, but he was definitely the showman with his quirky hip swaying and eccentric attitude.

Without further ado, Whitney took the stage. Julien planted himself stage-left in front of an old, broken down piano and solely began the group’s cover of “Gonna Hurry (As Slow As I Can) by Dolly Parton.

Fans instantly were wooed by Ehrlich’s known glossy and high held vocals. Once he made his way to his beautiful drum kit planted directly front and center stage, exclaimed into the mic, “Hey!, We all knew it would only get better from here.”

Carrying on into original songs off Light Upon The Lake, the stage lit up. You almost had a supergroup on stage with the lineup of members. Co-founder and guitarist, Max is formerly of the indie rock band Smith Westerns, and Julien is the former drummer for Unknown Mortal Orchestra. This kid can drum! I think having him front and center on stage made the experience that more lively. I’d definitely say Whitney’s music has definitely struck with the current generation due to the said melancholic vibes with just the right amount of joy. I love the strong country influence in their music as well. They mix such an effortless blend of all the things we love about rock ’n’ roll with the country stylings.

The guys even welcomed friend and musician, Kevin Morby to the stage where he played maybe 15 seconds of their song “Red Moon” on guitar. It was very quick but kept the crowd on their feet.

The night continued to have this very casual hangout vibe, shared between band and audience. Taking a drink before rolling into another song, Julien looked stunned as this kid from the crowd climbed on stage with flowers and a banner. It was classic. He, nor the rest of the band had a clue what was going on, while the kid stood proud and turned to the crowd, holding up his banner displaying a little message, asking his friend to go to prom with him. Julien was blank in the face and just muttered into the mic, “So this IS an all ages show..” Incredible little intermission there.

The guys quickly got back to stealing the night, playing a few new songs here and there. Ending their set with their debut record’s single, “No Woman” left the audience more than content.

Dent May at the El Rey shot by Danielle Gornbein

Dent May at the El Rey shot by Danielle Gornbein

More Photos of Whitney with Dent May at El Rey Theatre 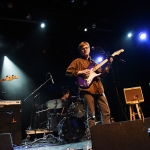 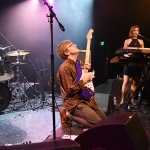 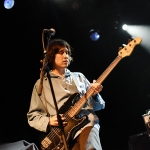 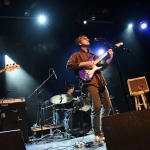 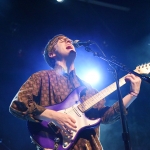 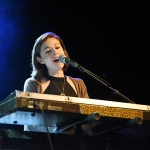 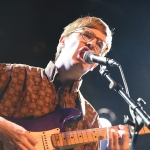 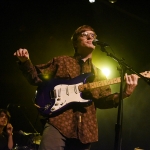 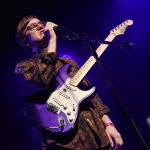 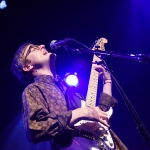 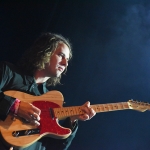 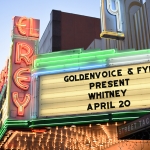 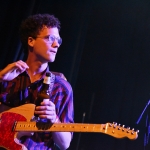 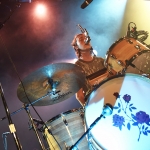 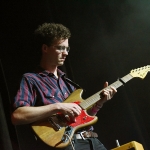 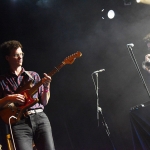 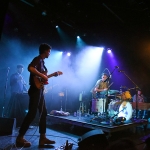 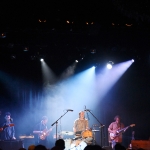 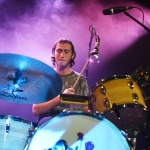 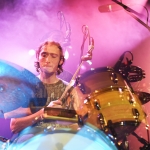