In 2011 the Colombian musician Mario Galeano from Frente Cumbiero and English producer Will Holand aka Quantic, joined forces and formed the project Ondatrópica highlighting the sounds of Colombia with a roster of talented musicians. The duo closed their US tour in Los Angeles and brought the rich flavors of Latin America to The Echo with superb vinyl-only dj sets.

In conversation with Mario and Quantic, they shared having affinity towards records and how producing them has allowed to understand the improvement of sound. Their world tours bring a crowd filled with roots music lovers and their sounds require no remixing or sampling to get the audience moving. They continue to come back to Los Angeles as it is one of the cities that has opened up to their flavors and their dj sets certainly were proof of it. Rare and lavish, the vinyl in their cases was for sure a collectors dream. We will be looking out to catch them again in the future.

Will Holland aka Quantic

More Photos of Ondatrópica at The Echo 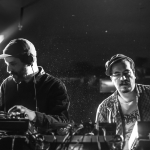 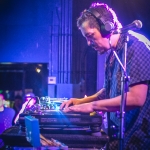 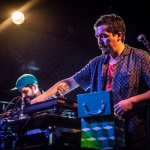 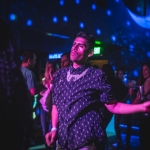 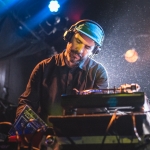 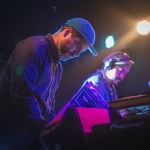 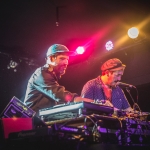 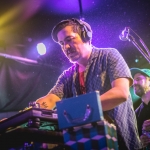 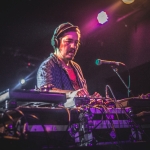 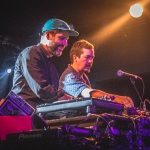 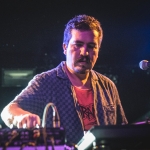 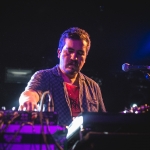