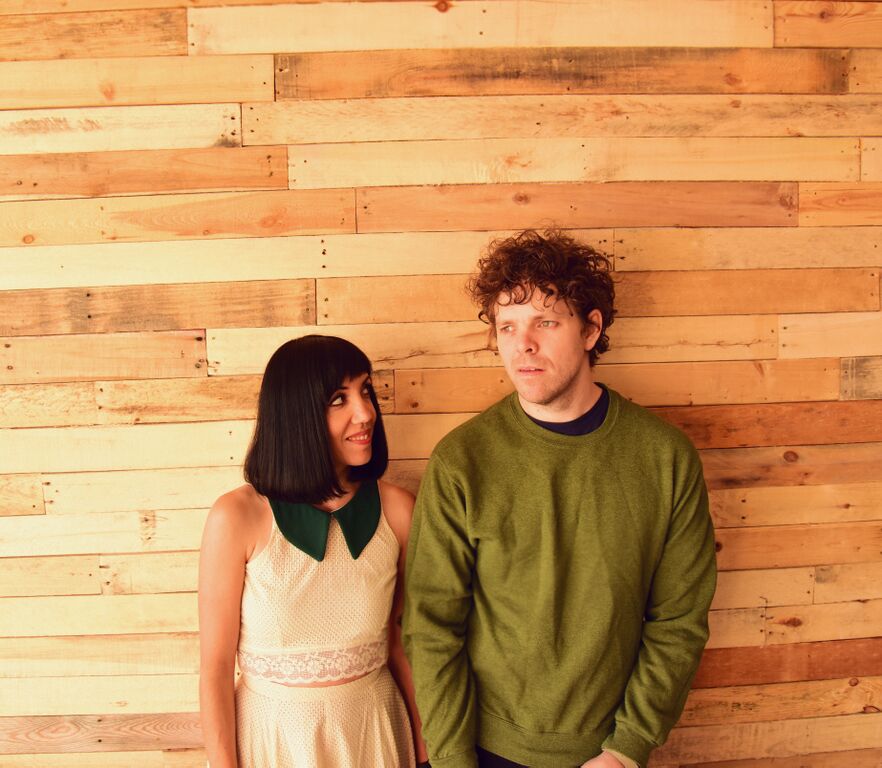 Stefanie Drootin and Chris Senseney have formed a new apathetic project, appropriately called Umm, with a full-length LP due out next week. The two of them have been playing in bands for over a decade, separately when they were younger and more recently together, with drummer Daniel Ocanto, in Big Harp. Their origins lie in the DIY scene, when both were able to travel with fairly little baggage and when their lives generally were less rigid. Eventually they embraced more structure and among other changes, they began factoring their young children into tour plans so it wouldn’t interrupt their careers. Especially in the underground scene, making music is a real grind, but Drootin and Senseney seem to have it figured out; or at least that’s how it feels on their easygoing new LP, Double Worshipper.

The concept of Double Worshipper is magnificently well-crafted, right down to the personal description of the project. “It probably rules, because their moms think they’re special and talented,” their official biography reads, highlighting the signature aloof attitude that the record exudes. Meanwhile, Senseney recognizes the awkwardness of having to write anything about the band at all. “You have to pretend to be your biggest fan which feels a bit gross and narcissistic. We used to try to write weird bios where we kind of made fun of ourselves and of the whole thing, but that seemed just as disingenuous.” Navigating the choppy waters of self-deprecation and self-confidence, they manage to make a creative and engaging record–Umm’s first of many.

The conception of Umm, though, was not out of so much a creative necessity as it was a practical one: no drummer means less hassle hauling extra equipment and fewer hotel rooms on the road. In fairness, the project still acted as an outlet to express other ideas that wouldn’t quite fit what they were doing with Big Harp anyway. But it quickly took on a life of its own. The record was swiftly given a release date on Majestic Litter, which the band commented was a choice against the “arduous process of label shopping,” which usually involves going over a lot of legalese and can take awhile to finalize. All fans need to know is that the music will be in our hands sooner rather than later, which is always a good thing.

Though the title (and google search results for the phrase) may mislead you, Double Worshipper is not a Satanic metal record. Lyrical content can sometimes seem heavy, but never too intensely emotional; take the first single, “Black Summer,” a poignant track about finality in death that steers away from becoming too morbid. The guitars can take credit for keeping most the LP light, even in times of deeper existential exploration. Even on “I’m in Love,” the ridiculousness of what they sing fairly accurately represents how insane love can sometimes feel.

The instrumentation occasionally takes off with bouncing rhythms that can turn into extended jams on the drop of a dime. Hearing the natural dexterity they have with their instruments, especially in tracks like “Total Collapse of the Sun,” one can see how much fun this was for Drootin and Senseney to record. It’s disarmingly understated, and will have you humming along before you even learn the titles; shoegaze melodies on “Some Jungle” and “Oh Yes No” are addictive. Even just a slight uptick in the distortion makes them sound closer to Clap Your Hands Say Yeah, as in the latest single, “Yeah I Want It,” among others. So many corners of the indie rock niche are covered on this record, and all work seamlessly together for this summer’s chillest release yet.

This record was born from a pure desire to put ideas to paper, which flourished into something worth celebrating long-term. Perhaps it is that assuredness that Senseney and Drootin feel as well, with the former promising me more releases to come, further explaining, “For now we’re looking at Umm as our main project.” It’s always interesting to see where life takes you, but we can always count on Umm to go with the flow.