If you weren’t in San Bernardino this past Saturday, you missed out on a hot event (literally)! The “World Famous KROQ” held their first ever High and Low Festival at the National Orange Show Events Center. When this fest was first announced eyes were big and jaws dropped to see big names such as Brand New and Death Cab For Cutie on a bill together. Hearts quickly beat as true fans told their friends and their friends told their friends that they better be there! Well, the day came and I do have to tell you, it was not the largest outcome. The word was out that ticket sales didn’t come close to what was expected. I do feel that the vast (emo / pop punk) music community did come together and rightfully party. It felt like a mini Warped Tour held only for those true fans who are avid concert goers. There were two stages for the day — main stage and side stage. The side stage was actually indoors inside a traditional aircraft hangar, which was a bit odd. With temperatures in the high 90’s for most of the day, it took some eye adjustments going from the blaring sun into the very dimly lit hangar. With the details sorted and the many technical difficulties set aside, it was a really fun day where the music simply spoke for itself.

At the start of the day I got to catch the four-piece power band, Charly Bliss. The side stage crowded to hear some New York kids kick ass. I was taken aback by the pleasantly pitchy vocals of front-woman Eva Hendricks. In her cheerleader uniform she took charge with no delay and still had heads bobbing despite the unfortunate sound dilemmas that took place for the majority of the set.

Coin at High and Low Fest shot by Danielle Gornbein

Out on the main stage a surprisingly small crowd of fans huddled in to catch COIN take the stage. I was particularly excited to see the good ol’ Nashville boys’ set. The pop band had some of those contagious sound difficulties to work through which did delay their set from start, but once they started they slayed. On lead vocals you’ve 26-year-old Chase Lawrence who in contrary to their catchy single “I Don’t Wanna Dance” has QUITE the moves. It was hard not to groove along to their synth-driven, upbeat melodies.

Following COIN at the main stage were recent tourmates’ Bad Suns. The crowd seemed to grow just a bit more for LA’s own. The heavily influenced rock band owned the stage for the next  40 minutes. The four-piece is comprised of Gavin Bennett on bass, Miles Morris on drums, Ray Libby on guitar, and frontman Christo Bowman on lead vocals and electric guitar. To me, that is the perfect way to describe the guys — electric. With dynamic sounds and highly energetic jams, these boys had us all on our toes.

It was just about time to grab some food over at one of the vendors. There was a somewhat small variety ranging from ramen to cheeseburgers to fresh fruit cups. The fruit cups seemed to be a hit on this hot day. I saw and overheard fans taking selfies and laughing about what their new favorite comics joked about over at the Hard Times comedy hangar.

I made my way over to Side Stage to catch the super nostalgic indie rock duo Now, Now. It’s been five years since front-woman KC Dalager and drummer Brad Hale have made new music. With their latest single “SGL” (Shot Gun Lover) they are back and in my opinion better than ever. There’s such a distinct grunge and glossy sound to KC’s vocals and their music is always an easy listen. The Side Stage generously filled up for the Minnesota natives. Along with the our favorite tracks “Thread” and “Prehistoric” both off the band’s 2012 record Threads, we got to dig into some really sweet-sounding new songs.

Now that the sun was just beginning to set, I made my way over to the main stage to catch the ever-enjoyable Best Coast! The California enthusiasts had the crowd swooning along to their dreamy and melancholic tunes. Singer/songwriter/guitarist Bethany Cosentino and guitarist Bobb Bruno make the best duo! It seemed that the crowd was filling in as the headlining sets neared.

Following Best Coast were our favorite heartbreak party princesses, Tegan and Sara Quinn. The twin sisters indeed gave the recent darkness a brilliant light show. The crowd instantly freaked and danced along to the ever-popular hits “Drove Me Wild” and “Closer”. With their well-known humor breaks and seeminlgy one-on-one talks, fans’ hearts just throbbed and they continued to clap and sing along for the remainder of their set.

Are you having a music explosion in your brain yet?? Me too. Believe it or not, the night really was only beginning with its’ grand finale of sorts. San Bernardino didn’t know what was coming.

With the equipment changes steadily made, fans cheered as Ben Gibbard and his team took the main stage. Death Cab For Cutie, guys! Even with the wildly responsive crowd I still can’t help but feel that they are one of the most underrated bands in the business. Having taken a standstill between 2012 and 2014 whilst dealing with an ending marriage and band member leaving, Death Cab For Cutie came back into the scene in 2015 with their eighth record Kintsugi. These are some of my favorite musicians and let me tell you, having them play so close to home for me was the best summer treat I could’ve asked for. Opening their set with their well-known single “I Will Possess Your Heart.” The epic 8-minute song had fans’ hearts sinking into their chests. Gibbard went from shredding his guitar to frantically pushing keys on his piano. It was just the set opening we didn’t know we needed. Taking the time to thank us nobodies for letting a “dweeby band from Seattle” play the fest, Gibbard continued to awe the audience with his sometimes chilling but mostly mesmerizing vocals.

With an intricate set change involving an intricately built metal-gated scrim at the front of the stage, deeply engaged fans went wild. Brand New were up. With this show being their first ever set since the latest release of their fifth record Science Fiction, the anticipation couldn’t be more real! To put it lightly, the rock band from New York holds one of the most dedicated fan bases ever. Being a staple in rock music for many of listeners’ adolescent years, they hold such an important part in our hearts. With this big metal scrim covering the clear view of the band, lights began streaming up and down like shooting stars as they made their way on stage. With the chilling intro from the opening number on the well-reviewed record release, fans were wide eyed and jittery. After all, this is the first time anyone is hearing this new music performed. They were all moments away from frontman Jesse Lacey starting the song. Once he did, the craze truly had just begun. Following the live debut of said first track “Lift Me Up”, they hit fans with “Gasoline” off the well-liked 2009 record Daisy. The set carried on with just so many fan favorites and the continued live debuts of songs, “137”, “Out of Mana” , “Can’t Get It Out” , “In The Water” , “Same Logic/ Teeth” , and “451”. The energy couldn’t have been any greater amongst the still seemingly tiny audience. Don’t get me wrong, there were a lot of people. But as far as an expected festival crowd, this seemed like a private show for maybe a hundred lucky fans!

Well there you have it, folks. It was definitely a day of highs and lows. Until next summer, we can reminisce of the first ever High and Low Fest and dream of the bands we love playing together again. 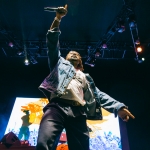 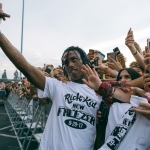 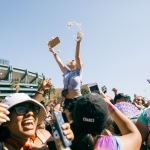 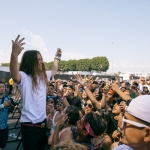 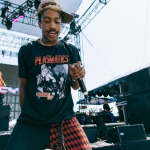 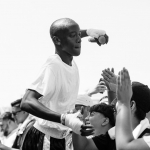 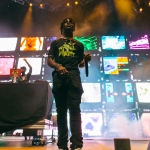 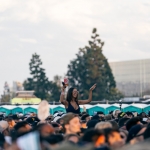 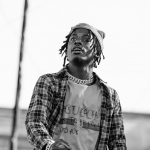 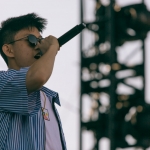 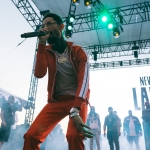 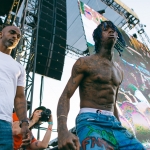 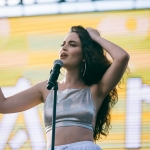 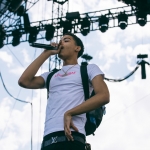 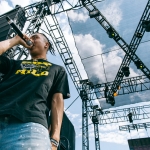 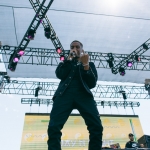 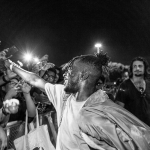 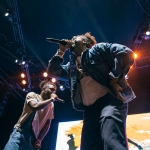 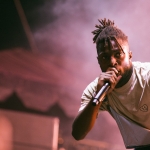 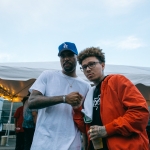