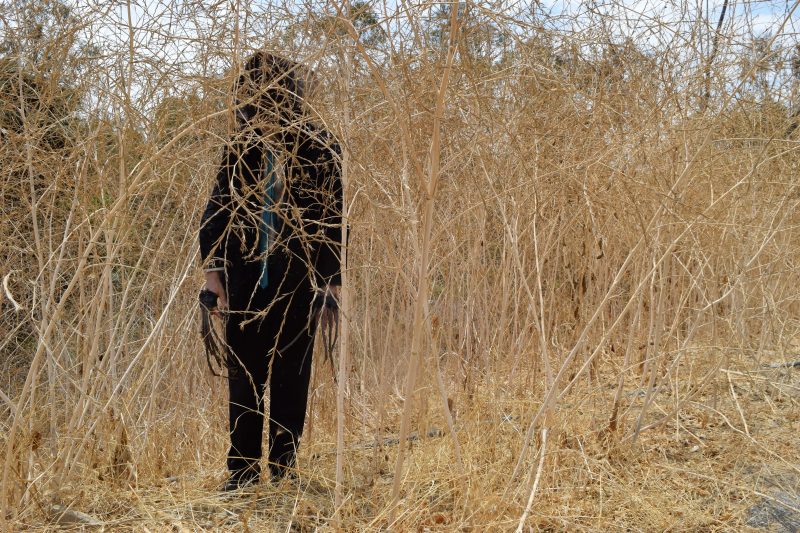 I was first introduced to Bob Villain by chance when I showed up early to see Paul Bergmann last September at the Bootleg. Everything about him was a shock, from his menacing costumed aesthetic to his doom-filled Lana Del Rey cover to his general gothic rock style; I found myself in fascinated awe of him. Now he is back with a visual take on his sinister single “Far To Go” from his upcoming release this Friday. Watch the brand new music video exclusively below.

“‘Far To Go’ is the love song of a broken man. But Bob Villain is not just any broken man. He is the man who will haunt your dreams, he will worm his way into the dark recesses of your mind, pulling at your heart strings with his song of menace and regret and eternal pain.”

This is a psychological thriller sure to quicken your pulse. Bob Villain lurks in the shadows, moving slowly, mirroring the deliberate pace of the track. Deep vocals resonate with sparing strums of guitar, an alarming combination to say the least. What makes Bob so scary is his ability to manipulate your senses, convincing you to fear him when there is no evidence he would actually do you harm. If “Far To Go” is the song of a broken man, then in its wake we are shattered shells of our former selves.

Bob Villain will have limited edition, lathe-cut picture disk 7” records available for purchase upon release this Friday; they will include “Far To Go” and b-side “Next Week.” You can pick one up on Bandcamp or at his live show coming up at Resident on December 21st; see details. Follow Mental Illness Recordings to get notified when the release hits. And finally, to keep up with all things Bob Villain, follow him on Instagram and Twitter.