Jen Cloher at The Echo by Steven Ward

Playing to a packed crowd at The Echo on Tuesday night, Australian singer/songwriter Jen Cloher had a night of many firsts. The show itself was the first of her first ever headlining tour in the US and as such, it was her first time playing with both a full band and sharing the stage with her wife Courtney Barnett in the states. As one of the co-runners of Milk! Records with Barnett, Cloher at 44-years-old has spent her life and career as a musician trying to break through (and as a label runner help other artists do the same) the barrier that exists between Australia and the rest of the world, a sentiment brought to life in her song “Great Australian Bite.” Far from bashful about discussing the hardships or even how close she’s come to the brink of giving up, Cloher radiates a rare perseverance informed by years of creating music in and for what she loosely describes as a small corner of the world.

Backed by her band, which included the slick chops and few hot guitar solos by Barnett, Cloher and company gave the crowd all the face-melting riffs and hoarsely howled vindications they needed to believe that this tour would result in the last few crumblings of that proverbial wall. With all the unbridled charisma of a true rocker, Cloher’s songs bite as much as they entertain, intermingling virulent shredding with an underbelly of melodic caresses. She can be wailing into the microphone against wave after wave of crass guitars, then one song later her pacifying, dead-pan words of sly wisdom are being delivered via the simple elegance of a rolling percussion beat. It’d be wrong to compare Cloher and Barnett for the sake of calling them the same; similarities exist and if you’re a fan of one you’ll no doubt eat up the other. But while Cloher shares with Barnett a sometimes similar inflection and a love of the everyday mundane things for their secret wonders, the former tends to wander around the very fringes of both ends of the genre spectrum she exists on.

Courtney Barnett with Jen Cloher at The Echo by Steven Ward

Playing songs from her most recent release, a self-titled album that marks as her fourth full-length and tenth since she first started, Cloher operates in a duality of bitingly sarcastic-cynicism and hopeful intention. Her folk tendencies cut clear and true in songs like “Forgot Myself” and “Regional Echo,” allowing the intimately personal to grow and fledge into something delightfully universal. Live, Cloher sings both songs with a knowing assertion, her sharp inflection giving her words an emphatic shove of confidence into the limelight. Then she switchfoot’s to the searing but sincere, “Shoegazers,” dishing out suave fuck you’s to critics and brash advice to would be artists against singed guitar walls; or, “Strong Woman,” a jumpy and rollicking song that had the crowd dancing and swinging their heads as Cloher gave them her rock manifesto on her identity as a woman, musician, and Australian trying to get her music heard.

In a night filled with firsts for the singer/songwriter that seemed to be the essential revelation, establishing that identity, something Cloher and essentially every other musician have wrestled to mold and assert in their music, and then sending it out into the world. With an entire tour laid out in front of her, it’s pretty damn clear by the way she and her band ripped apart The Echo that the US has just been gifted another in a growing list of Aussie talents we no longer have an excuse to fall asleep on.

Go to a show, let Cloher get in your face and strum, hum, shred, and shriek. You won’t regret it.

Jen Cloher at The Echo by Steven Ward 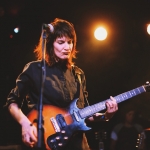 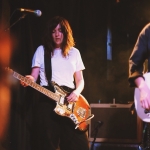 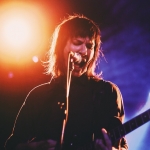 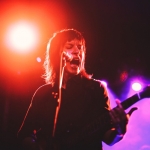 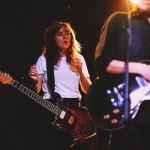 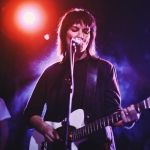 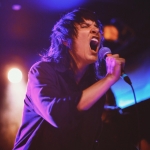 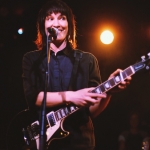 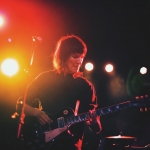 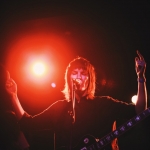