Yesterday I celebrated International Women’s Day at the Regent, where Australian folktronica artist Gordi gave everything she had. She is on tour supporting Son Lux, and last night audiences were also treated to the experimental stylings of WILLS. Each performer seemed to get lost in their sets, making the shared experience an invigorating one.

Though she’s based in Sydney, Australia, Gordi has a love for this city that even many Angelenos don’t have. Last August she played at Resident just before the release of her album, Reservoir, making that visit a special one in its own way. At the Regent, most of her set was pulled from that album, mixing acoustic and synthesized sounds making it particularly rewarding to hear live. While she controlled a guitar, keys, and a harmonium, two bandmates also accompanied her on drums and synth. The album truly came to life, especially in moments when she stretched her voice during tracks like “All the Light We Cannot See,” or “Heaven I Know,” the latter of which still melts my soul when I hear it. Earlier in the week, Gordi released a video for “I’m Done,” which features S. Carey, but he is gearing up for a tour of his own and was not able to join Gordi on the mic last night. Luckily, another of her talented friends was in town and willing to lend a voice; Gordi introduced the Tallest Man on Earth to a wild ovation. Their duet was completely acoustic and incredibly moving.

Eventually, electro pop aficionados Son Lux caused a gleeful uproar in the crowd, but when they walked out, the subtle drone of the opening track on their new album, Brighter Wounds, whined. The crowd didn’t move or even breathe until the music grew from there, and when it did, it was annihilating. Son Lux is a trio with distinct roles: Ian Chang on drums, Rafiq Bhatia on guitar, and composer Ryan Lott handled synths. And several times during their set, I couldn’t help but wonder if they are the best players on each respective instrument–the power of their mastery will leave you awestruck. Bhatia had several opportunities to shred which he took with humility, keeping his head down and the neck of his guitar pointing up while his fingers did the rest of the work. I was particularly blown away by Chang whose own solo came early in their set; he put out an EP called Spiritual Leader last year that gives him his own well-deserved spotlight.

Lead vocalist Lott is the main driving force of the band, though he still gets emotional talking about their collaboration. Just before the encore, he introduced Chang and Bhatia again so we could honor them with some warm applause. But Lott hesitated before introducing the next song, choked up as he tried to find words to thank them himself. The project means just as much to every fan in the room; people with widely varying identities and backgrounds shared the experience of seeing Son Lux live last night, and everyone was pretty shameless in showing how much they loved it, shouting some of the most polite outbursts I’d ever heard.

For one of the final songs of the night, the band taught us a quick melody and ordered us not to stop singing, no matter what else they might play underneath us. They gave plenty of physical cues, not unlike that of a music teacher waving at a group of off-key children to keep them in time, but the band was not prepared for how literally we would take their instructions. Well after the song ended, a group of fans in the back of the Regent continued to sing for several minutes, over Lott’s farewell and parting message to register to vote. Still now, that melody spins in my head and makes me excited for more Son Lux, though I’m not sure anything can top seeing them with Gordi. I suppose we can only wait patiently to see where they both go from here.

You should also listen and purchase Gordi’s debut, Reservoir, on Bandcamp, if you haven’t already. And you can keep up with her on Facebook, Twitter, and Instagram. 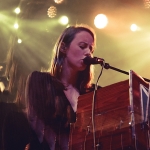 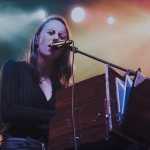 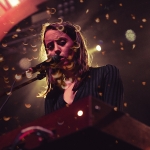 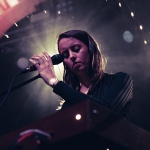 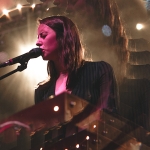 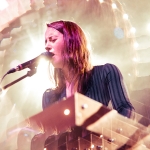 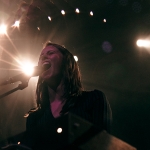 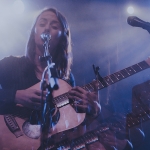 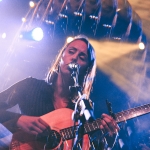 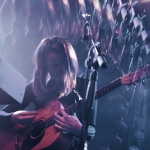 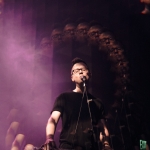 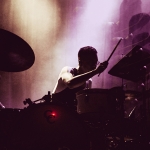 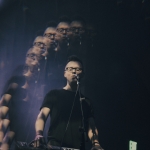 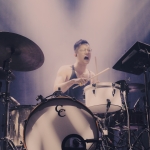 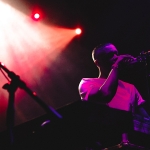