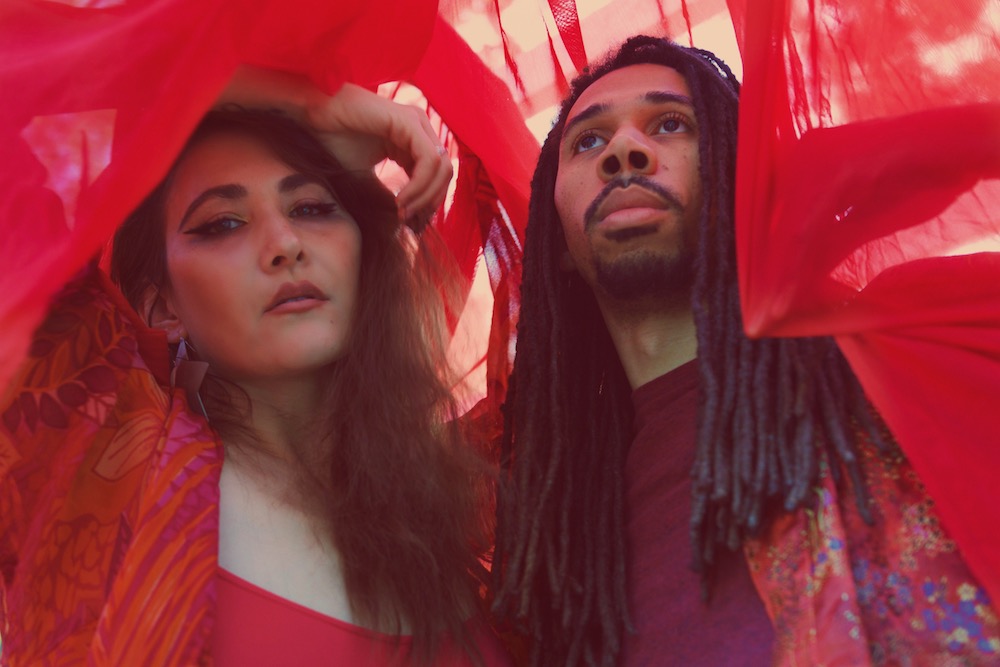 Volcanoes are part of a subset of natural wonders that can become natural disasters in an instant. Luckily, there are many ways to predict an eruption, so rarely is it a total surprise, unless you just weren’t paying attention. The latest single from October’s Child proves that they’re paying attention, even if the disaster is simply metaphorical. Watch their brand new video for “Lava” exclusively below.

“Death, literally or figuratively, is the only freedom from dissatisfaction.” – Britt Warner, October’s Child

October’s Child is the sensitive project helmed by Britt Warner and Jordan Waré. Their music ferries heavy emotional energy and is marked by generous strings and affecting vocals. “Lava” is no different, addressing the weight–and freedom–of death. It is about “the karmic reckoning a person goes through before they die,” Warner explains. “Suffering in silence is toxic.” The clip, directed by Travis Turek, seems to display this toxic suffering, in a meticulously edited film made to feel like a thriller–images superimpose over repeated disorienting implications of death. Turek, who is also Warner’s brother and the main photographer for the band, set out to complement the song’s inherent mystery; to say he succeeded is an understatement, one that couldn’t possibly convey the dark magic that appears on screen.

“The most important thing to me while conceptualizing this music video was to marry the tone-deep lyrics with a visual representation of equal depth. … Much like the lyrics, I felt it best to create something layered and interpretive to the individual, something open-ended that leaves the viewer in a state of contemplative wonder.” – Travis Turek