Milk & Bone at the Bootleg Theater by Steven Ward

Canadian indietronica band Milk & Bone returned to the Bootleg Theater on Tuesday night to play songs from their recent debut album Deception Bay. Comprised of the musical and singing talents of Laurence Lafond-Beaulne and Camille Poliquin, the duo offer a quietly affecting and rejuvenating texture to electropop in the form of their stunning harmonies. From behind the thick sheet of darkness that blanketed them, Lafond-Beaulne and Poliquin orchestrated all the subtle but vivifying emotions that spill from their songs with a loving grace. Ethereal croons mingled with jumpy beats and drum machine taps in the empty spaces between the duo and the crowd, their words crystalized rumination, cutting deep.

Milk & Bone at the Bootleg Theater by Steven Ward

Dizzy at the Bootleg Theater by Steven Ward

[video_lightbox_youtube video_id=7K6WKkUIJSw width=300 height=280 anchor=Dizzy]opened for Milk & Bone, offering their fleshed-out, suburbia-inspired ballad-rock tunes. Made-up of brothers Charlie, Alex and Mackenzie Spencer and their friend Katie Munshaw, Dizzy have all the makings of a band you’re going to be hearing a lot more about in the future. Rooted enough in the familiar to be recognizable, it’s what sets them apart that is so gleefully fun. Munshaw’s vocal duties see her embodying a wide-variety of roles, employing a passionate vulnerability amidst the band’s ambitious melodies which just as much mimic that sect of early indie-rock fascination with the atmosphere of sound. A cover of Arcade Fire’s “The Suburbs” also did not go unnoticed, breathing moody reimaginings of the song’s folk-rock medley into a deeper reflection of its underlying angst. 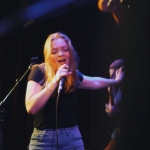 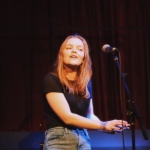 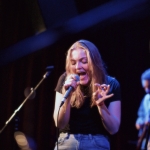 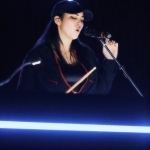 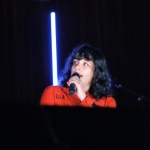 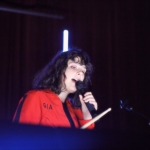 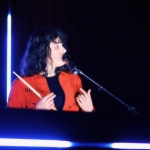 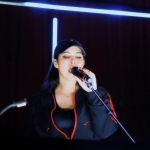