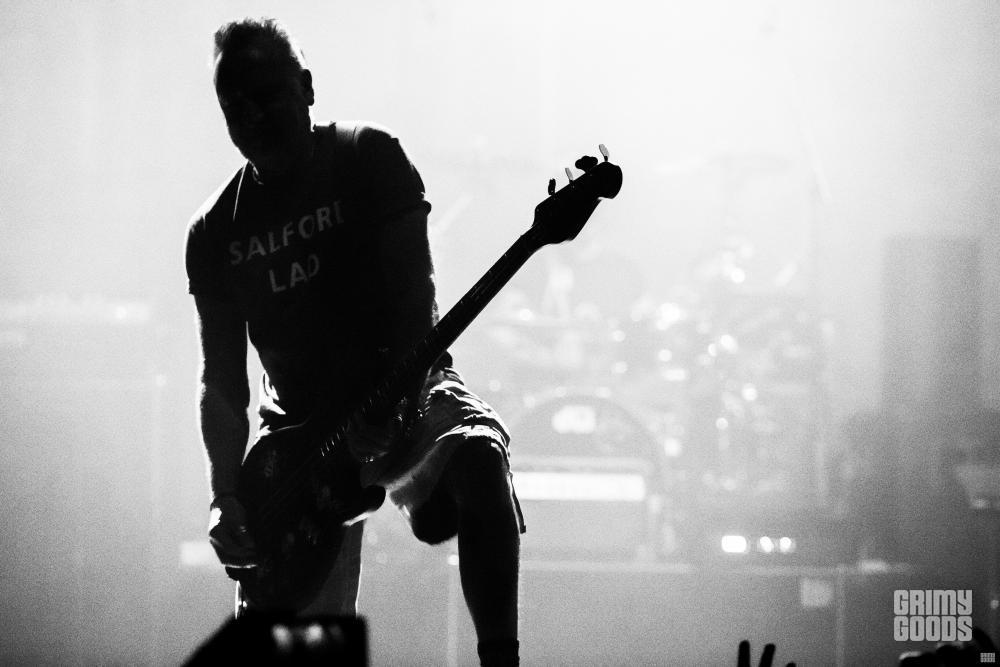 Peter Hook & the Light were formed by bassist, songwriter, and author Peter Hook to celebrate and play songs from his first two highly influential bands, Joy Division and New Order. Through the last eight years, the band has delighted audiences with epically long concerts delving into the material of both seminal bands. Occasionally, the band performs an entire album to the delight of audiences. The Los Angeles show upped the ante a bit.

Peter Hook & The Light promised a special, one night only show at the Wiltern. To celebrate their 500th live show, 8th anniversary, and 38th anniversary of Ian Curtis’s death, they planned a one-off performance of Joy Division’s albums Unknown Pleasures and Closer. Joy Division fans from near and far converged on the sold out Wiltern for what promised to be a very special concert.

Peter Hook took the stage in a dark red Salford Lad t-shirt. A few quick hello waves done, Hook strapped on his bass and the band began the relatively short New Order set with “Ceremony.” The 45-minute set was well received and thoroughly enjoyed by the L.A. crowd that danced and sang along. The set concluded with “The Perfect Kiss,” and Hook and his band briefly left the stage. Although the recess lasted just a minute or two, the fans quickly clamored uproariously for the impending Joy Division set. 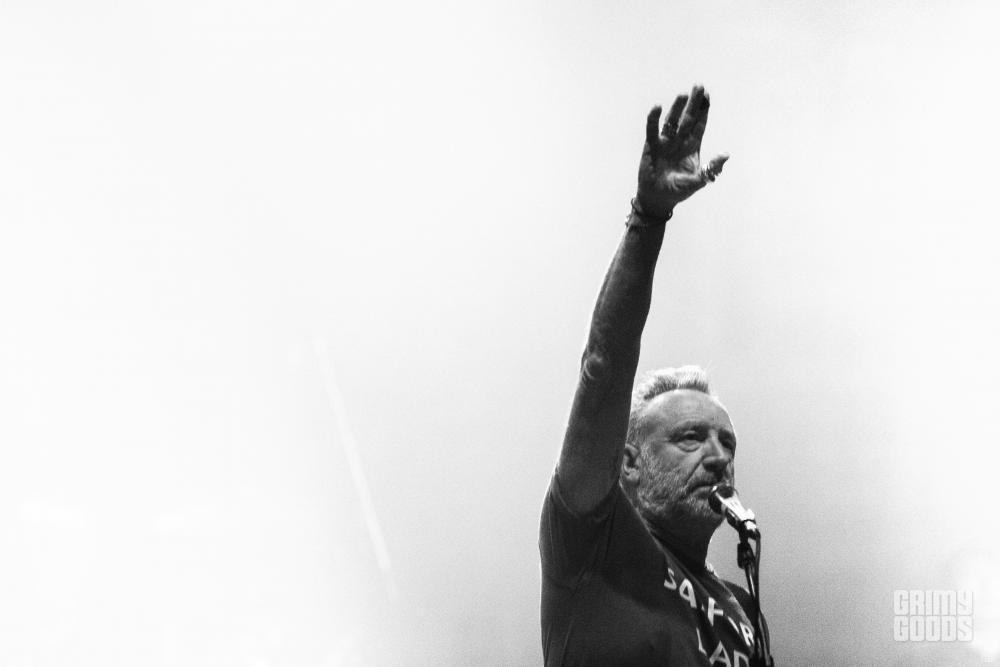 The band returned with “No Love Lost” to the delight of many, but as it isn’t a track on either album, there was a sense of uncertainty of how the sets were to be played. All was answered when “Atrocity Exhibition” was followed by “Isolation.” Clearly, we had embarked on the Closer set. In true Joy Division style, the songs were a bit faster live and more intense. The detachedness that permeates the original recordings is present but not as prevalent live. This was true with Joy Division shows in the 1970’s and is true today with Peter Hook & The Light. With “Twenty Four Hours” next on the setlist, Hook introduced Eric Avery, the bassist formerly of Janes Addiction fame, as a guest performer. The crowd was excited by this surprise addition, and while Avery performed well with his admitted influence, he would only play the one song with the band.

The Closer set was separated from the Unknown Pleasures set by “Digital.” Where Closer was Joy Division’s goodbye to the world, Unknown Pleasures was the album that introduced Joy Division. It was the hello. Even if one relishes the bittersweet permanence of goodbye, it is human nature to delight in the hopefulness of beginning more. The Wiltern crowd was no exception. Hook stalked the stage with is trademark style of bass play, and emphatically gestured while singing at the mic. There were moments during “She’s Lost Control” and “Shadowplay” when the crowd sang more loudly than Hook. The set barreled towards its close, and the incessant dourness of the last track “I Remember Nothing” hung heavy over the crowd. It seemed too oppressive and too unlikely to be a proper send off. 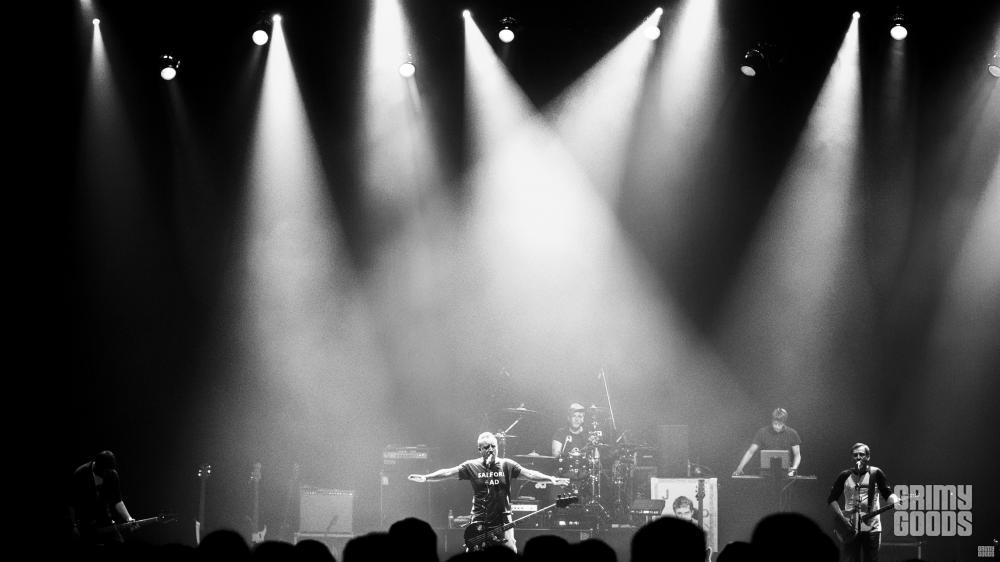 Mercifully, Hook and his band returned for one last encore. In fact, there was one last surprise in store for the audience. Hook introduced guest artist Mark Lanegan, singer/songwriter know for his band Screaming Trees and several other projects. Lanegan took over lead vocal duties for “Atmosphere” and “Dead Souls.” After Lanegan’s turn at the mic was done, Hook resumed his duties and closed the show with “Transmission” and “Love Will Tear Us Apart.”

Hook likely closes most if not all shows with “Love Will Tear Us Apart,” but there could have been no better closer on this night. The line “Something so good just can’t function no more” proved to be true long ago, but while it hung in the air, the audience could feel just a bit of Joy Division that left us so long ago. It was almost as if the spirit of Ian Curtis could be felt in the spaces separating the enraptured fans, traveling in the sound waves that he helped create. Ghosts or not, the sound of Joy Division’s music filled the space between every person in the audience and is ultimately what connected us all. Hook did the memory of his departed friend justice that night, and those of us in attendance certainly appreciated it. 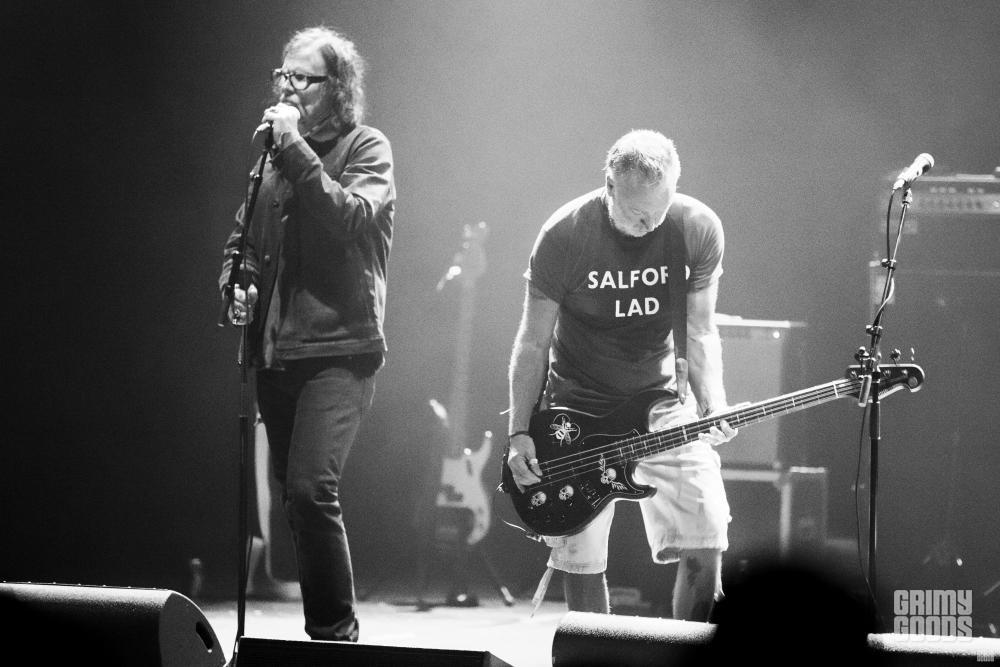 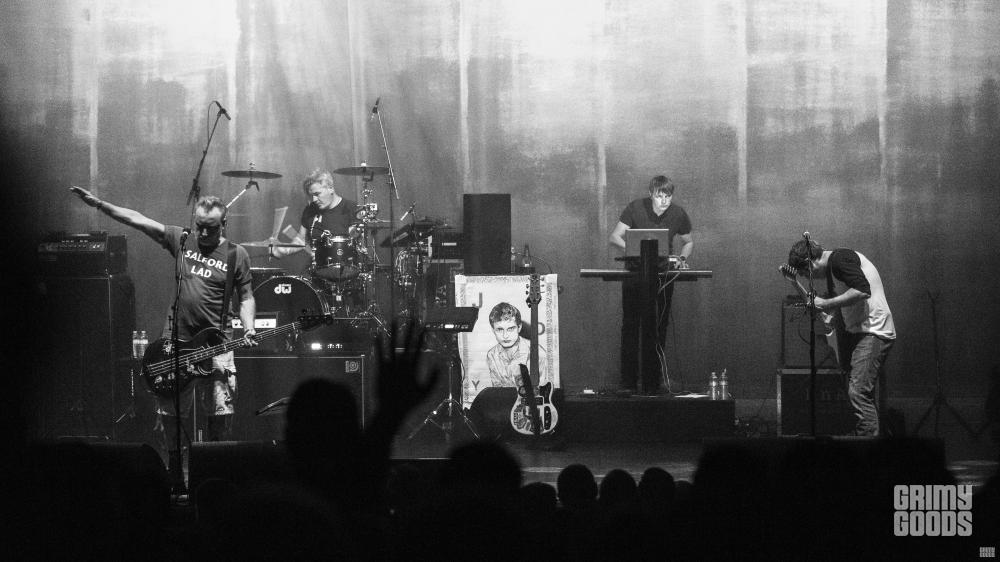 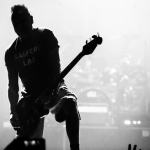 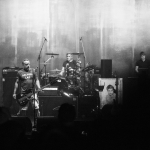 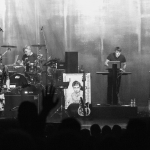 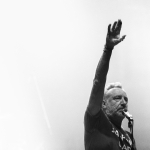 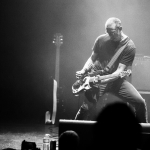 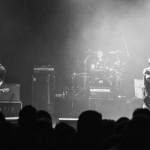 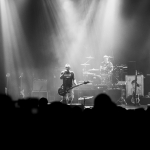 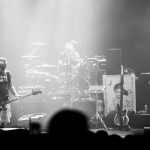 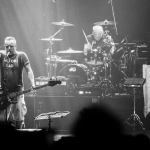 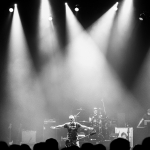 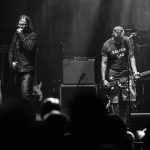 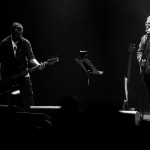 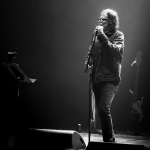 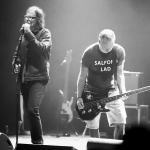 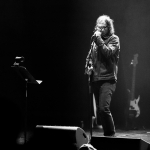