Leon Bridges at the Greek Theatre shot by Danielle Gornbein

It was a wonderful night under the stars at the Greek Theatre this past Tuesday. The multi-Grammy-nominated showstopper, Leon Bridges made his LA stop along his current Good Thing world tour. First night joining Bridges on tour were Khruangbin. The trio is ultimately an instrumental band with space for only some repetitively soft chanting. Their music is nothing short of captivating. For an opening act, they sure did their job by getting the sold-out crowd on their feet and warming our dancing shoes right up. Texas natives — like Bridges — Khruangbin combine many global musical influences in their creative sound like classic soul, funk and psychedelia. It could be considered a test by the three-piece to dare the audience not to move along to the music.  If you aren’t busy, you can catch them on tour in support of their sophomore record Con Todo El Mundo at The Wiltern on November 1.

Khruangbin at the Greek Theatre shot by Danielle Gornbein

After a brief intermission, the party truly got started. Leon Bridges’ band happily took the stage. Then the intro to the song “If It Feels Good (Then It Must Be)” began and Leon Bridges casually strut front and center, in his all-white Dickies overalls. The upbeat song couldn’t have been more ideal to open the night off! From his sophomore record Good Thing, released this past May, the song keeps a strong and steady beat throughout, which only had every single audience member on their feet dancing along with the band. Bridges’ entire sophomore record is a hit! Following his debut of Coming Home in 2015, Good Thing picks up right where the 29-year-old left off and only shows more growth from him as an artist. While Coming Home was filled with tunes reminiscent of the 1960s, Good Thing hits a much more present day vibe with some good old jams – fast and slow. Ultimately Leon Bridges is a soul man. This show was highly anticipated for many and the audience couldn’t seem more see thrilled to witness the performance.

Leon Bridges at the Greek Theatre shot by Danielle Gornbein

Leon Bridges and his band swam through the night with more hits off the first record as well as a very special rendition of the love sing ballad, “Mrs.” off Good Thing  featuring the musical guru himself on guitar, John Mayer! Wow! The crowd went crazy as Mayer wailed the guitar part of the song and took on a killer solo. It was the mashup we could only dream of really. Now that the audience was fueled by the surprising adrenaline, the show reached a peak with the very fun track off Bridges’ first record, Smooth Sailing, which is yes smooth, but very fast-paced and energetic! Of course the band came back on stage for an encore to remember.

The first encore was a beautiful rendition of the hit “River” off Coming Home,  performed solely by Bridges and his lovely backup singers. The theatre lit up with phone flashlights which you could imagine looked beautiful. Choosing to end the night with a bang, the rest of the band picked up their instruments and John Mayer made his way back on stage to close out with Bridges with his song “Mississippi Kisses”! What a night. Mayer took control with a guitar solo lasting all the way to lead folks back to their cars and make their way safely home. It was a magical evening for sure. 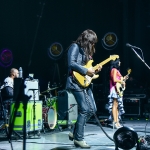 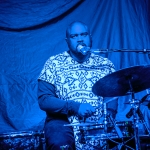 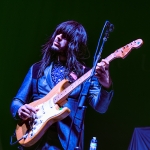 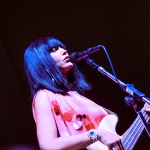 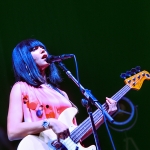 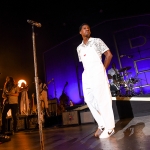 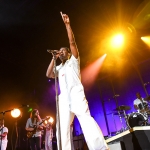 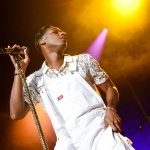 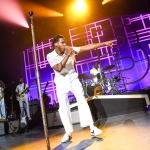 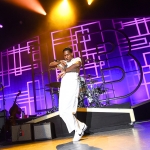 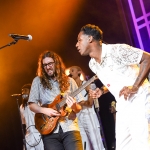 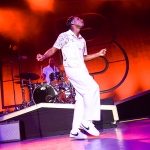 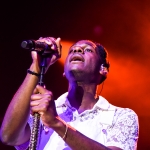 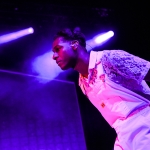 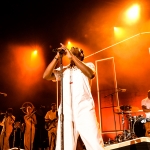 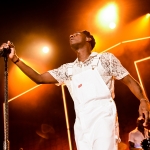 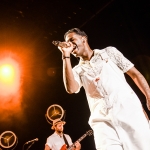 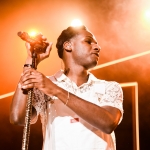 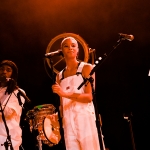 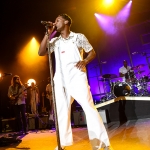