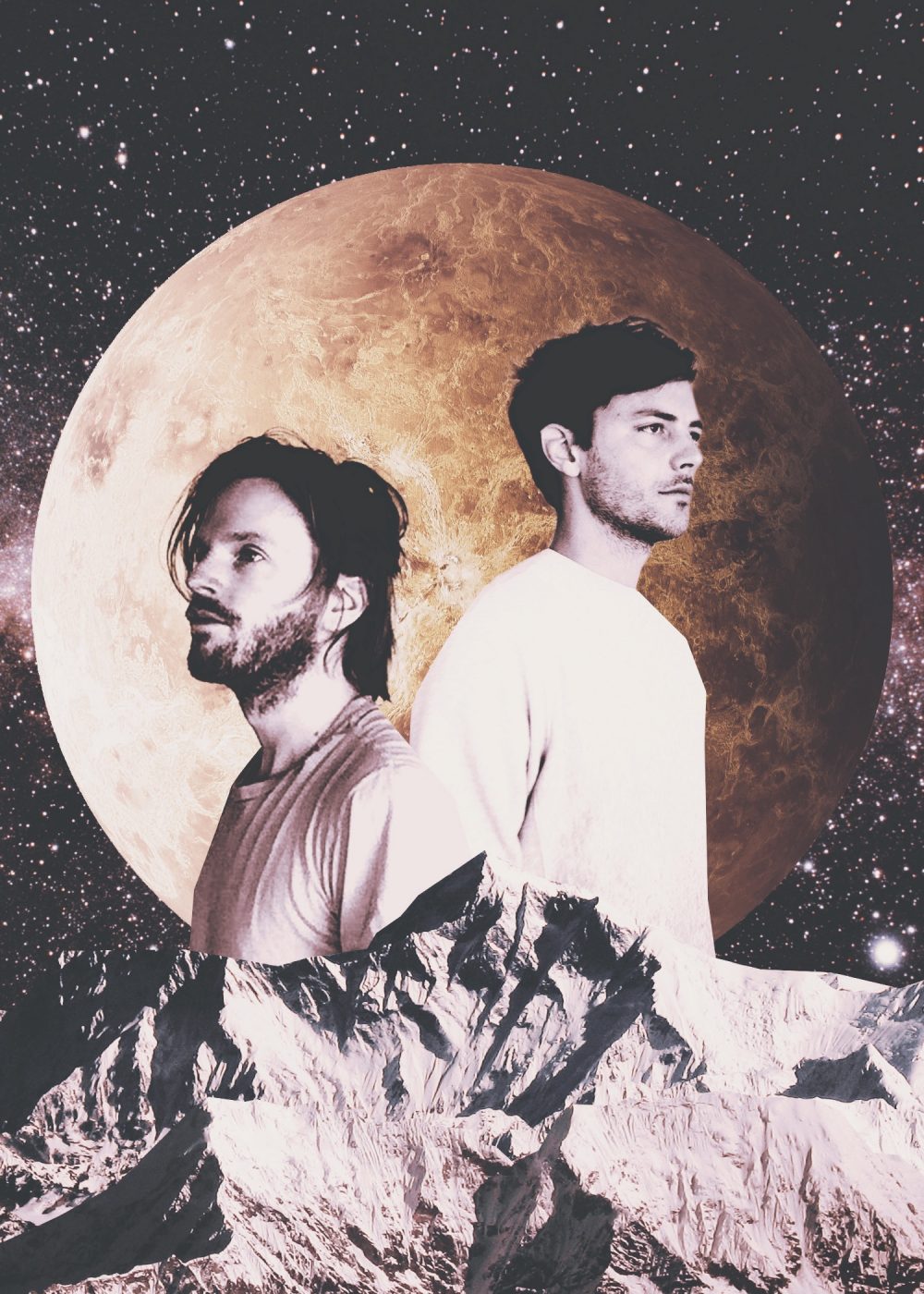 An odyssey into the sublime, Los Angeles-based duo Ex-Poets’ upcoming album Too Much Future finds serenity in the warm-dreaminess of its soundscapes. In the ensuing twilight that Jordan Brooks and Colin Killalea (both members of Albert Hammond Jr. of The Strokes solo project) have so quietly manifested a severe introspection runs deep throughout, one that seems to question more than it answers. But it’s in their unhinging pursuit of the abstract that Ex-Poets excels, conjuring up the purest moments of loneliness, regret, and unmitigated love. Sonically the duo slip in-and-out of different consciousness, one moment savoring slick alt-R&B intimacies such as in album opener “Tracks,” and the next they’re tumbling through erratic vocalizations and electronica in “Animales.” But while a diversity of different textures abound on Too Much Future the album is at its best when it’s not picked apart for its various intricacies, but rather absorbed in-full.

To this effect, Ex-Poets has no trouble finding somewhat of a balance between crafting an album that is just as comfortable soundtracking the back-end of your mind as it is taking center-stage as a swirling medley of modernized melancholia. But on Too Much Future, traversing such doldrums has never been more invigorating. After all, for Brooks and Killalea, it’s all about the journey; one that is constantly hindered by our incessant need to look back in regret and then look forward in fear, only to miss what is in the present. It’s a delirious, tiring, and somewhat depressing exchange that the duo uses to inform their sleek angst, such as in the quiet propulsions of synth and percussion that pulse to life in “Still Waiting.” Then there are moments that play into the album’s penchant for sparseness, filling the formless gaps with tender drum taps and hazy murmurs as in the buoyant meanderings of “Colorguard.” With every step, Too Much Future reveals itself to be a thoughtful exercise in atmospherics, with everything from the smallest of synth-buzzings to Killalea’s affecting croons acting as another sonic contribution to the album’s tapestry of sounds. Adding to this is the record’s less tangible but definite DIY feel, one that echoes in its spaciousness and asserts itself gracefully into the emptiness between its tones.

Ex-Poets appear to be grasping for something that is fundamentally immaterial and not definable; yet, not one moment of Too Much Future feels in vain. Even at its most ethereal, as in the effervescent chamber of synths that is “Sight Unseen,” or the whimsical gloominess of its follow-up “Our Homes,” the album always appears to be just out of reach in finding something tangible to root itself in. Ex-Poets juggles the uneasiness that comes with such treacherous thematic footing with their obvious talent for creating beguiling soundscapes, but that core sentiment remains. For Killalea, its emergence was in the form of releasing a free-spirited lover at the end of a tumultuous relationship; on Too Much Future, it appears also on “Wildfire” as a recording of a drunk father reciting unsolicited lines of poetry while his children plead with him to be quiet. It’s a moment of hallucinatory wonder that spirals downward in a psychedelia as the album ends–driving home its hushed affirmation of appreciating life’s complex largess, all its beauty, wonder, and pain, over the tunnel-vision specificity we tend to pick at it with.

Listen to the band’s album ‘Too Much Future’ below.

Ex Poets’ Too Much Future is out September 28 via Text Me Records, you can pre-order the album here. Visit the band’s Facebook to stay updated on future releases and tour announcements.