What better way to bring in the weekend than with some of our favorite alt-rockers, Death Cab For Cutie? The correct answer is no better way. We were lucky enough to catch the Washington-natives’ special show at the Hollywood Forever Cemetery right here in Los Angeles. The intimate lawn setup can be creepy at times but for an outdoor DCFC show we wouldn’t miss it! Upon releasing their ninth and beautiful record, Thank You For Today, the guys got right into the set with the title track to the record I Dreamt We Spoke Again. The crowd, whether they’re standing close to the stage or sitting cozy on a blanket bundled beside their lover and got so into it.

Frontman, Ben Gibbard has the distinct vocals fans listen for and can’t get enough of. When the band originated they were and really still are loved for their ability to create melancholic tunes everyone can cling to with every emotion in their body.

Introducing the band and mentioning they’ll try and refrain from old dad cemetery jokes, Death Cab continued onward without disappointment. Their stage lights shone bright blues and yellows that provided an ever more magical experience. That’s how I would describe a Death Cab For Cutie show – magical. Their beloved discography, including the new record, truly just doesn’t wear on listeners. Their music has that timeless aspect for sure, which I think sets them apart from the pack.

We had the pleasure of hearing all the favorite tracks from all across their discography including “Title and Registration,” “I Will Possess Your Heart,” “Photobooth,” and “Soul Meets Body.” Of the new record, I’d say my favorite to hear live had to be “60 & Punk.” When I first heard that song, I stopped what I was doing. The album came out on a day I didn’t know I needed it to. Gibbard doesn’t address the specific inspiration behind the song, but he clearly is talking about an artist he’s looked up to since he was a teen, and the apparent alcohol addiction he’s obtained in his now 60’s. Similar to the song “Cath…” off the band’s sixth record Narrow Stairs, it expresses a heavy storyline that like I said, makes you stop what you’re doing and listen. It’s very beautiful in it’s sadness.

The night drove on and came to a stunning encore. Gibbard came back on stage alone and sang the band’s well-known love song “I Will Follow You Into The Dark.” Aside from Gibbard’s delicately raw voice, you could hear practically every person across the lawn singing along and recording on their phones. The band joined Gibbard on stage once again and they performed “You Moved Away” off Thank You For Today. Following the new song came two classics as the grand finale. The melodically upbeat “Crooked Teeth” had everyone wishing the set wasn’t really coming to the inevitable end. Lastly, Gibbard once again thanked everyone for coming and advised us to be good to each other. He and the guys then performed the nearly 8-minute song, “Translanticism” off the same-titled fourth record. The song built as it so gracefully does and left everyone slowly making our way out of the now dark cemetery.

Another great thing about Los Angeles is having the opportunities to see a live show in a cemetery. It was to die for – pun intended. I speak for all when I say it was an experience we won’t soon forget by one of our favorite bands. 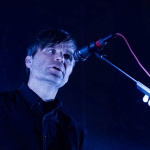 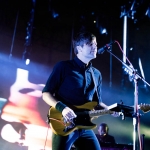 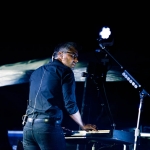 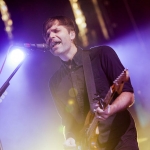 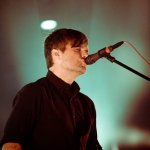 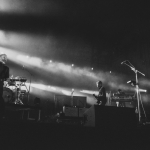 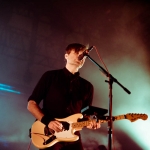 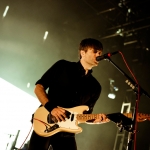 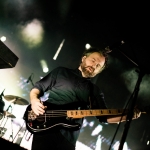 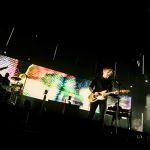 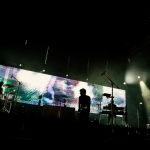 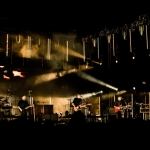 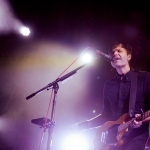