“You wouldn’t think I was a shy person but I am. I just get totally terrified.”

It’s hard to believe that these words sheepishly escaped from the lips of Florence Welch, the same woman who commanded the attention of every single person at two back-to-back shows at the Hollywood Bowl nearly a month earlier. She stood below the glow of several spotlights in the iHeart Radio Theater LA, a 450-capacity venue that was filled with fans lucky enough to win their way into a once-in-a-lifetime opportunity to see her front Florence + the Machine, a band that is known to sell out venues thirty times larger.

Florence was there to celebrate the release of High as Hope, the band’s fourth studio album, an album that feels more like beautifully strung together diary entries than any of her previous works. The honesty and rawness of her lyrics put everyone in the audience under Florence’s spell as she performed haunting, stripped-down versions of songs from High As Hope. The set list included “June,” “Hunger,” and “Patricia” (an emotional tribute to Patti Smith) in addition to fan favorites “Shake It Out,” “Ship to Wreck,” and “Dog Days Are Over.” It was almost like an out of body experience watching Florence belt out the latter songs in such an intimate setting. Usually she’s bounding across a large stage, leaping into a crowd, or making sure the security guards get their cardio in for the day as they chase her throughout a venue. While her body may not have been in its usual state of half whirling dervish, half fairy, witnessing the signature vocal acrobatics and power she’s known for without any distractions was hypnotic. Therein lies the power of Florence Welch—being in her presence does something to ease and invigorate the soul, all at the same time.

When asked if there were any standout moments from the North American leg of the High as Hope Tour, Florence said that it was the crowds’ engagement and ability to be present that really stuck with her. “Everyone wore their heart on their sleeve,” she said. In that moment, a collective understanding and gratitude swept across the crowd. We were all in on the secret—if Florence weren’t so brave and kind enough to share her ghosts with us, then it wouldn’t be so easy for us to believe in her magic. 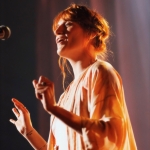 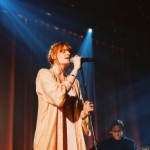 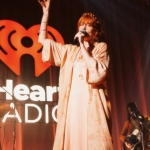 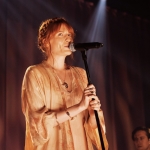 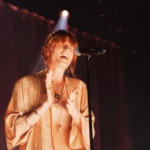 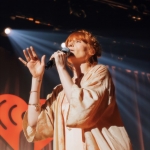 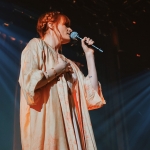 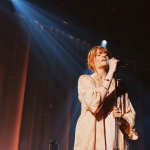 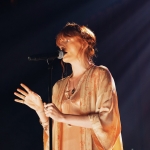 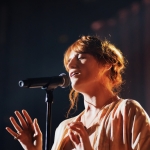 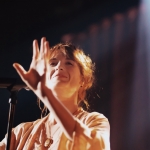 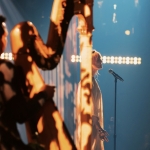 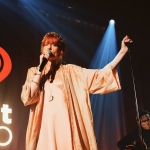