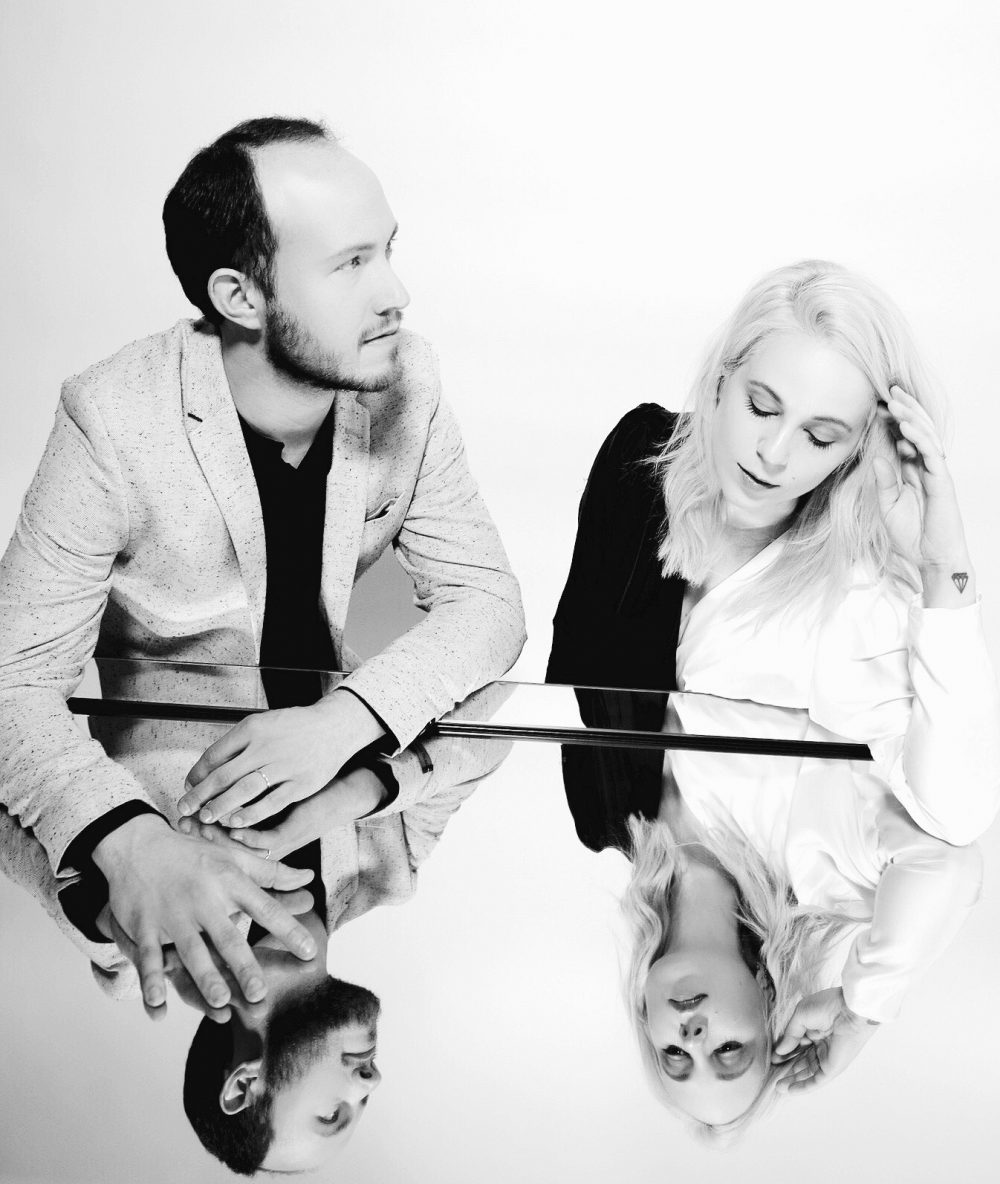 Brooklyn duo Savoir Adore, the brainchild of Paul Hammer and Laura Zettler, has released the first part of what will be a two-part album entitled Full Bloom. FIlled to the brim with dreamy rock and slick synth textures, the six songs on the release dip in and out of heady sonics and intimately sparse soundscapes. The delightfully anthemic “When the Summer Ends” is a sure favorite with its pulsating percussiveness and dance-ready movements; while the slow-burning “Black and Blue” wraps itself warmly around Zettler’s vocals and glittering synth-work. There’s plenty of beauty to be found in the huge range of First Bloom that really underscores Savoir Adore’s newfound comfort in their own skin.

A delicate intimacy runs through the songs, one that takes some of the more trite tenets of modern pop and transforms them into budding and at times deliriously alluring melodies. The percussive rushes in “The Hum” are a familiar move but Savoir Adore entangles them so well in a mixture of electronica and cutting vocals that its originality is preserved. Even “When the Summer Ends,” a title trap of generic pop, really breaks the mold with its subdued progressions and deeply introspective musings, which bounce gleefully against those clarion guitar riffs. It’s so easy to get lost in the wonder of First Bloom that it might be overwhelming to remember there’s still a second part due out for release, and you can bet we’ll be restlessly waiting for it by leaving this first taste on repeat for however long it takes.

Savoir Adore will be playing The Moroccan Lounge on December 10  with support from opening acts LEAN and Night Lights. The show is part of a curated special series that Hammer explains “will only happen once, both musically and visually.” Tickets to Savoir Adore at the Moroccan Lounge are priced at $12.00 – $15.00. You can purchase them here.

GET TICKETS TO SAVOIR ADORE AT MOROCCAN LOUNGE!

Listen to the first part of Savoir Adore’s new album First Bloom below!