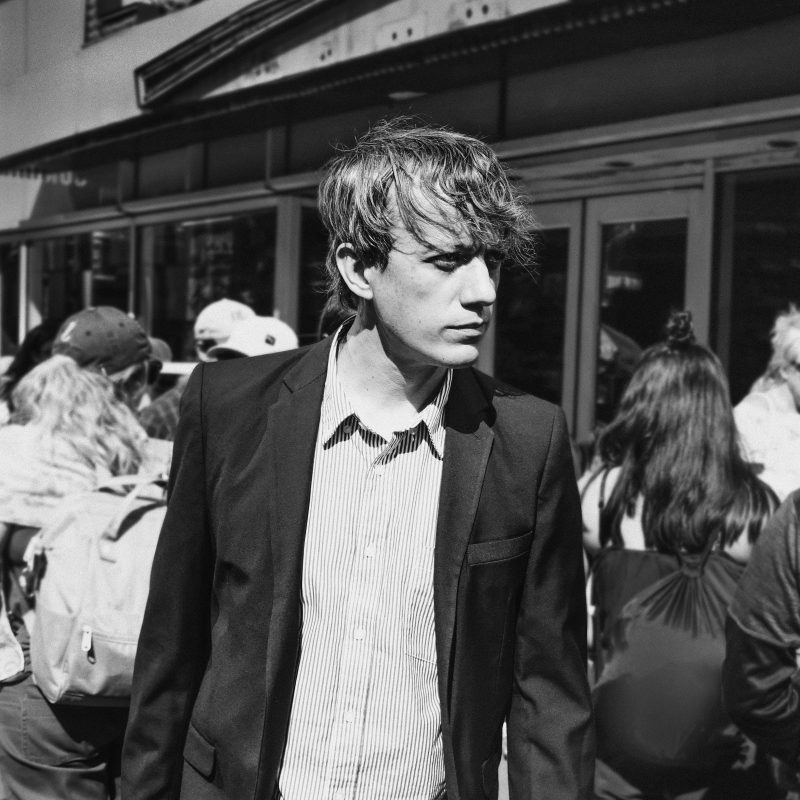 Steve Gunn has been coursing throughout the veins of America’s guitar-led underground with a stacked resume filled with the likes of Kurt Vile and Michael Chapman. Without a doubt, he is a skilled sonic painter–one who delicately strokes sublime landscapes and breathtaking views. The critically-lauded guitarist/vocalist is adept at exploring the lives and times of everyone around him. However, with the latest installment of the Steve Gunn story — The Unseen In Between out today via Matador — we are given an interior look into the core of his complex emotions.

Throughout the album, Gunn approaches his songwriting with a confounded delicacy; one that allows his affections to oscillate in and out of the songs he sings; as gracefully and as powerfully as crashing waves. The lead track “New Moon” embodies the excitement and confusion of embarkment–with its compelling bass lines and lyrics like “off key dreams that you’re living in/ smiling skulls, ghost are grinning/ power lines, spark their signing/ drone song blues, makes me want to go”. Like the love he talks about in the lyrics, the song hits like thunder in the most gentle way. The rest of the album is like this. Persistent with the wayfaring theme, the following track “Vagabond” is just as powerful with complex musicality mixed with stagnant lead vocals and ethereal harmonies.

In the minor-led melody lines of “Stonehurst Cowboy”, you can hear the steady affliction in Gunn’s voice. His howling voice takes the mainstage as the guitar and stand-up bass take on supporting roles. Taking on his father’s hurt from war and lost adolescence, the song really, really digs its nails into your skin. It feels like a breaking point. Followed by light-hearted “Luciano”, listeners are given a deep breath. Perhaps the later part of the album, “New Familiar” in particular, feels like a reckoning; a conclusion to accept harmony despite the loudness of chaos. With the track’s complicated and melodic ethereality, maturity and acceptance seep through it.

As Gunn tells the story of his late father, of the relationship of a store owner and their cat, of someone living life in a car, he implants the fullness of his emotion in each; a truly remarkable showcase of empathy. Within itself, the album feels like a sonic puzzle piece that puts itself together as the listener experiences it. It is as vivid as strolling through an orange grove. You take in the smell of citrus, the porousness of its skin, and the crunch of the dirt under your boots. It’s affecting, it’s stirring, and it’s greatly corporeal. With this album, Gunn makes it easy to envision a world that is beautiful beyond the constant muttering of ugliness we encounter on a daily basis. While the album is premised in heaviness, it takes on an air of lightness. Though most of the time, pain can feel enigmatic, The Unseen In Between removes that veil. And every song feels like a hymn.

Be sure to order Steve Gunn’s new album here.