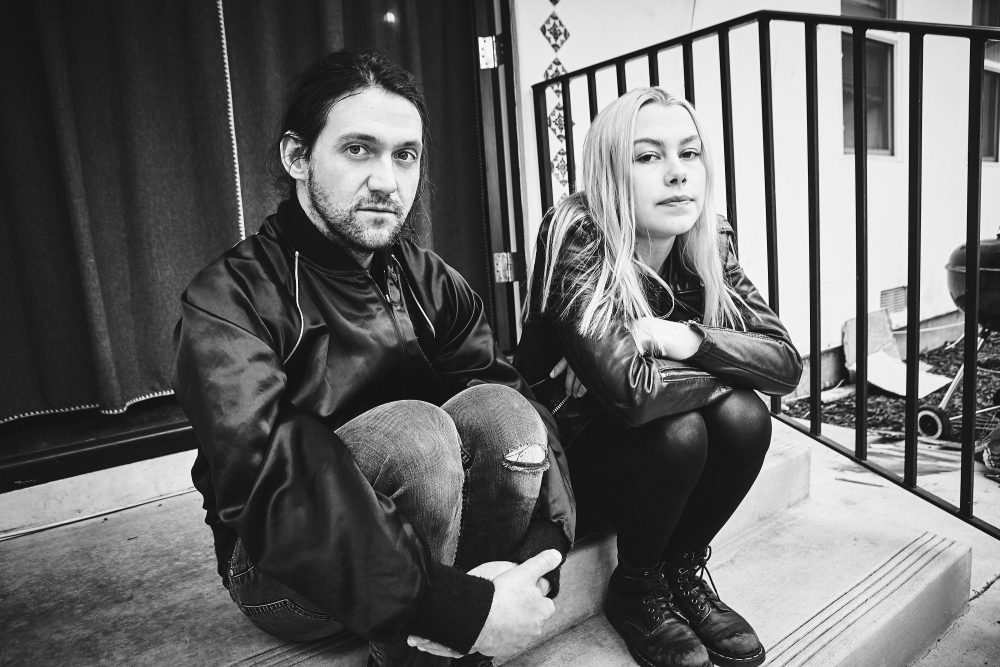 Better Oblivion Community Center, the mash-up project of Phoebe Bridgers and Conor Oberst have finally released their self-titled debut album along with a music video of their “Dylan Thomas.” Bridgers just recently ended her tour with another singer/songwriter supergroup boygenius, alongside the likes of Julien Baker and Lucy Dacus, and what better way to top off that experience than working with the man from Bright Eyes? Their album is about as emotionally viscerating and chock-full of some seriously affecting songwriting as you’d expect from the duo and the delights continue on the music video for “Dylan Thomas.” Directed by Michelle Zauner of Japanese Breakfast fame and whose already wooed us before with her self-directed videos for her own music, the film is a red-tinted seance of oddities complete with—in one of our favorite scene—Bridgers shredding away with Oberst behind her playing a riff on a guitar held by an angel. It’s all feverish guitar work and electric energy on one of the album’s more kinetic tracks, but just like the rest of the batch of songs, there’s something special in the mixture of Bridgers’ dead-pan crooning and Oberst’s sly lyricism that is so brilliantly perfect in their collision. After watching the film you’d be hard-pressed to not want an entire series of flicks seeing the duo get into all manner of Zauner directed shenanigans.

“Phoebe Bridgers and Conor Oberst are two of my favorite songwriters and lyricists of our time, so it was an honor to get to work with them on the visuals for their new project together,” Zauner said of the film. “As always I worked with Adam Kolodny, my DP and creative collaborator to bring this cross between an Eyes Wide Shut LA mansion party and the Great Northern Hotel to life.”

Better Oblivion Community Center will be going on tour this spring with a stop at The Teragram Ballroom on March 14 in Los Angeles. Visit the band’s website and Facebook to stay updated on future releases and tour announcements.