MIVAYI might not be a household name in the States, but the fans who packed the El Rey for his Los Angeles tour stop have been in the know of this Japanese-born international guitar god for some time. MIYAVI has been a solo artist since 2002 and is known to his fans as the “Samurai Guitarist” because of his unique “slap style” (no pick, similar to a bass player) guitar playing. MIYAVI has also produced, acted in films, walked in runways and has been named a Goodwill Ambassador; but as he revealed at the El Rey Saturday night, MIYAVI’S passion is over-the-top-intricate-heavy-guitar rock.

MIYAVI jumped right into his high octane set with no opener, although he was joined on stage with many guests. He admits he’s a bit self -conscious of his own singing although he’s working through his fears now by currently recording a soul album.  MIYAVI has only been speaking English for a very short time and is a bit shy about it, but he still performed his entire show in English.

MIYAVI was joined by some local L.A. as his backing band including Grimy Goods favorite Cassandra Violet and grammy-nominated songwriter/producer Seann Bowe as his backup singers. DJ Jonny Litten filled in the spaces and drummer Anthony Lopez held everything down with stunning precision. That being said, it’s rather incredible to see essentially a one-man-band command the presence of a stage the way MIYAVI does. Flying from one end to the other, hitting guitar god poses, playing with the crowd, singing and all the while totally shredding — MIYAVI was a sight to be seen.

MIYAVI did share his spotlight with friends (vocalists) Che’Nelle, Yuma, Mikky Ekko (known for being featured on Rihanna’s Stay) and rapper Duckworth. They all contributed a song or two during the hour-and-a-half long set.

MIYAVI is high-energy feel-good power rock and if you crave some of that in your life you definitely need to check him out! 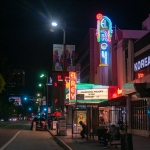 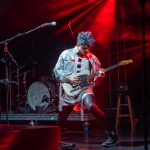 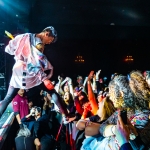 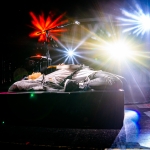 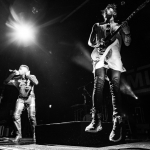 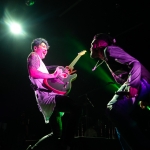 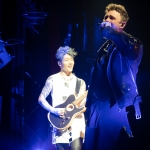 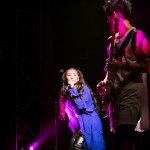 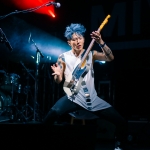 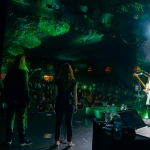 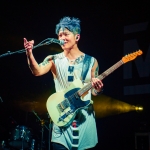 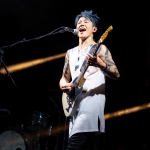 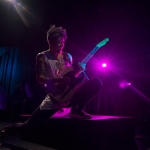 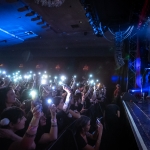 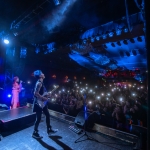 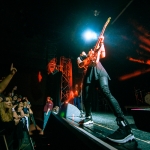 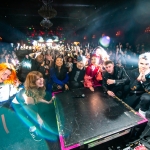 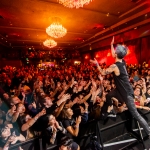 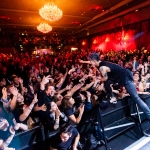 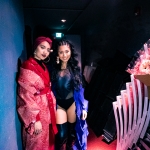