Clavvs overcame obstacles and brought their dark alt-pop to Los Angeles for an amazing set at the Echo this past weekend.

Tigercide opened the show with a dark, down tempo crooning.  Their raw simplicity sucked the crowd into a hypnotic state as they swayed to Shexist’s voice.

Up next was surprise guest So Below.  The crowd was really excited to hear New Zealand native Madeline North, the  founder and leader, perform her new single “Bone.”  So Below blew me away with pulsing bass, killer vocals and a hilarious song dedication to a Bob’s Burgers character.  They brought bone rattling volume and a dark mood that matched their all black outfits.  After their set, Madeline North spent a lot of time talking with her good friends and meeting new fans.

It was 11pm when Clavvs, Brooklyn based duo Amber Renee and Graham Marsh, took the stage for their first ever show in Los Angels. They are a lovely band that spent much of the weak performing at South by Southwest in Austin.

Many people who came to see So Below left the venue in between sets.  Unfazed by the noticeably smaller audience, Clavvs launched into their dark yet hopeful alt-pot music. Amber Renee danced around the stage with her silver microphone, energetically singing along to rhythmic beats produced by Graham Marsh.  People really dug it, untill the Echo’s fire alarm started blaring.  The venue staff scrambled to silence it but were un able to keep it from going off repeatedly.  This blaring interruption was far from ideal, and unfortunately people started leaving.

Clavvs championed through their set and Amber Renee even joked that she was going to rely on the crowd to pull her from the stage if there was a fire.

All the songs Clavvs’ performed were wonderful. We hope the band get a do-over back in Los Angeles so we can see them in all their “dizzying array of burning electronica” glory.

Clavvs new EP “No Saviors” is out March 22 and will bring with it four new songs to CLAVVS discography. Stream the title-track here. 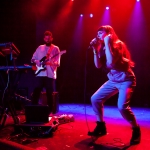 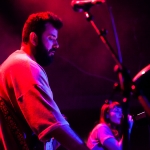 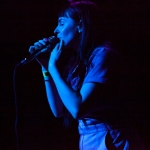 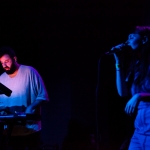 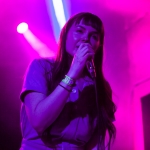 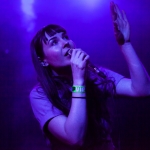 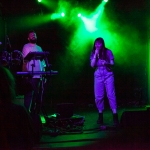 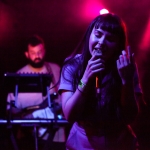 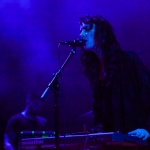 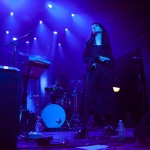 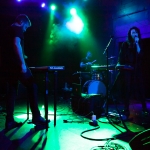 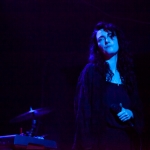 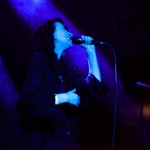 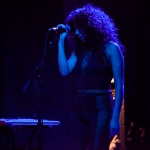 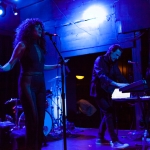 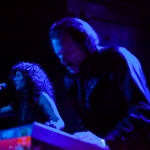 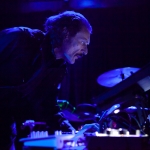