There has been a trend in the Los Angeles music scene of bands and festivals finally including more women in their line ups. In fact it’s almost unusual now to see a band with nothing but dudes. The women in these bands only had a handful of female-fronted acts to look up to when they were young and impressionable and one of those bands was L7.

This past Friday, L7 performed at a very special invite-only release party at the Monty Bar in Downtown Los Angeles. The band were celebrating the release of their new album Scatter the Rats, released May 3 via Joan Jett’s Blackheart Records.

L7 have been coming up again since their epic reunion show at The Echo in 2015. That thrashing gig was their first show in 14 years! Naturally, Grimy Goods was there to cover such badass queens. What followed was their Fonda Theatre show, and now the band are back with a new album with tour dates to follow,including an LA show on May 10 at the Glass House, Pomona.

L7 formed in 1985 but found their audience in the early nineties with their hit “When we pretend that we’re dead” and have since been lumped in with the grunge movement even though they’ve always considered themselves pure rock and roll.

Back then, the industry really didn’t know what to do with female musicians who refused to be cutesy and L7 found themselves being a square peg in a round sexist industry.

Twenty years after their last hurrah the band is back to explore the landscape that once didn’t have such a celebrated a place for them as there is today.

The Monty was packed to the brim with die hard fans, old friends and some recognizable faces (see if you can find Shepard Fairy in the mix) the band dusted off their gear and jumped back into where they left off. Playing a mix of new and old clearly the crowd favorite was still their 90’s anthem but people sang their hearts out all night welcoming the female veterans of rock and roll back home. 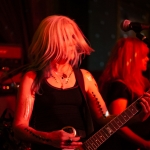 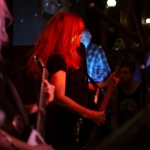 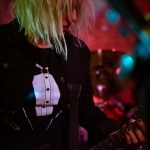 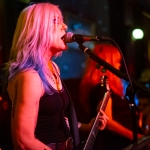 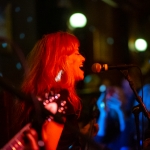 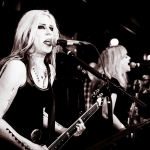 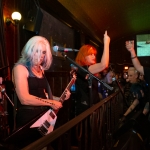 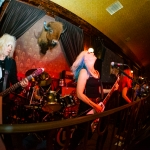 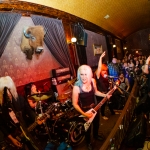 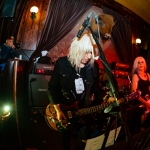 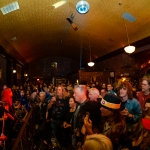 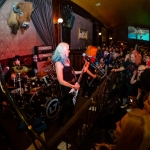 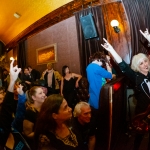 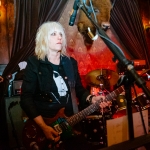 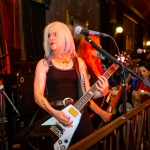 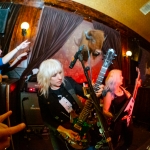 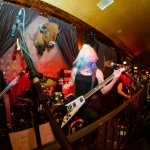 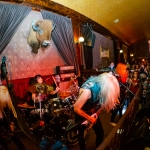 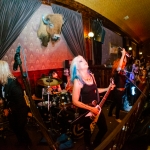 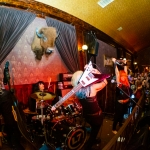