Southern California’s temperatures have been below average for the past couple of days. Meteorologists suggest this is due to some uncharacteristic storms coming in from the Pacific, while music fans know that the ‘rock gods’ are merely making the hot California experience more palatable for two of Sweden’s best bands.

The official Swedish Scream Team Tour made a stop at the Fox Theater Pomona last Tuesday evening. Top Swedish exports, the bands Refused and The Hives brought their different styles of garage punk to the SoCal crowd and were supported by Los Angeles’ very own, Bleached.

Sisters Jennifer and Jessica Clavin took the stage with their band Bleached to start the evening’s entertainment. The quartet played a six song set which included a few songs from their forthcoming album, Don’t You Think You’ve Had Enough?

So Cal crowds are notoriously late to concerts, and unfortunately, many missed an unveiling of some very catchy new songs. “Hard to Kill” is a very danceable track while others ranged from the band’s own garage sound to a more Pixies influence. Do yourself a favor and check out their show at the Moroccan Lounge in Los Angeles on July 11.

A smoky haze lightly obscured the stage as darkness signaled the entrance of Refused. The crowd’s roar was dwarfed only by the screaming amplifiers as the band launched into their cyclone of a song “Rather Be Dead.”

The middle of the floor swirled into a rotating pit of bodies leaving a metaphorical eye of the hurricane befitting the song. The raucous crowd would part moments later as singer Dennis Lyxzén hopped off the stage, traversed the barricade, venturing into the crowd with the world’s longest microphone trailing him as he meandered his way across the floor. He chanted, “rather be alive” as his band built the crescendo of the song, driving the audience right back into the swirling mosh pit the singer had just quelled.

Refused peppered the crowd with song after blistering song with a couple of Lyxzén’s trademark political speeches thrown in for good measure. Known for railing against the establishment, the patriarchy, privilege, sexism, and the evils of capitalism — Lyxzén was eager to revisit these topics between songs. T

he best bit of banter was about how punk music provided him with the opportunity to escape a dreary existence, suffering the “burden of the working-class man” in northern Sweden and brought him “all the way to Pomona in tight fucking pants.”

Speeches notwithstanding, he worked the crowd with his unique stage presence. The band overall is fairly kinetic, but the singer used every inch of the stage to whip the crowd into a frenzy. When the set ended, sweaty and triumphantly the band raised their hands in victory, then locked arm in arm, and took a bow as Händel’s “Messiah” chorus played before exiting the stage to deafening applause.

Red neon light broke through the darkness and smoke to signal the arrival of The Hives. In fact, it was a red neon sign that spelled, “The Hives.” Dressed in matching white suit jackets, black trousers, and black bowties, the band roused the audience to attention with “Come On.”

The band is high energy and brothers Howlin’ Pelle Almqvist and Nicholaus Arson are entertaining as hell. Almqvist is not only a vocalist but a master manipulator. The frontman has the charisma of a traveling revival preacher who grew up idolizing Elvis Presley mixed with the enthusiasm of an infomercial host on Adderall.

He is as slick as a poet who became car salesman of the year. Almqvist is equal parts entertainer and singer. He demands a certain level of excitement from the crowd, and like a cult leader he gets what he wants.

Arson’s guitar work is shockingly precise considering how frenetic he plays. He can be found at any moment, anywhere on the stage making eye contact with anyone in the audience who dares to look his way.

In fact, other guitarist Vigilante Carlstroem has a certain charm as well. He’s grown a beard that makes him look a bit like Tormund Giantsbane from Game of Thrones. When he’s not singing or playing guitar, he is flicking guitar pick after guitar pick into the crowd like it’s Mardi Gras.

The Hives played all the hits like “Main Offender,” “Go Right Ahead,” and “Hate to Say I Told You So.” Intermittently, Almqvist mused over what to call citizens of Pomona. He listed several possibilities before deciding that the crowd in the Fox Theater was best described as Hives fans.

During “Won’t Be Long,” the band froze in place while a guitar tech dressed like a ninja replaced Arson’s guitar. Moments later, The Hives continued the song in perfect unison. They finished with one last bit of theater. Ending their encore with “Tick Tick Boom,” Almqvist stopped the band, climbed a stack of speakers, and persuaded the audience to all sit down.

He thanked them, teased them, and implored them to give 45,000% energy to finish the song. The band started back up and he bade everyone to return to their feet.

Like every other request he made that evening, the audience obliged and bounced as the band played out. When The Hives left the stage, the show was over, but Almqvist returned alone to the stage. He informed the people who had not yet begun to file out of the theater that the next day was his birthday. The remaining crowd sang “Happy Birthday” to him, and he stuck around for a few moments to hug several of his fans before heading backstage. 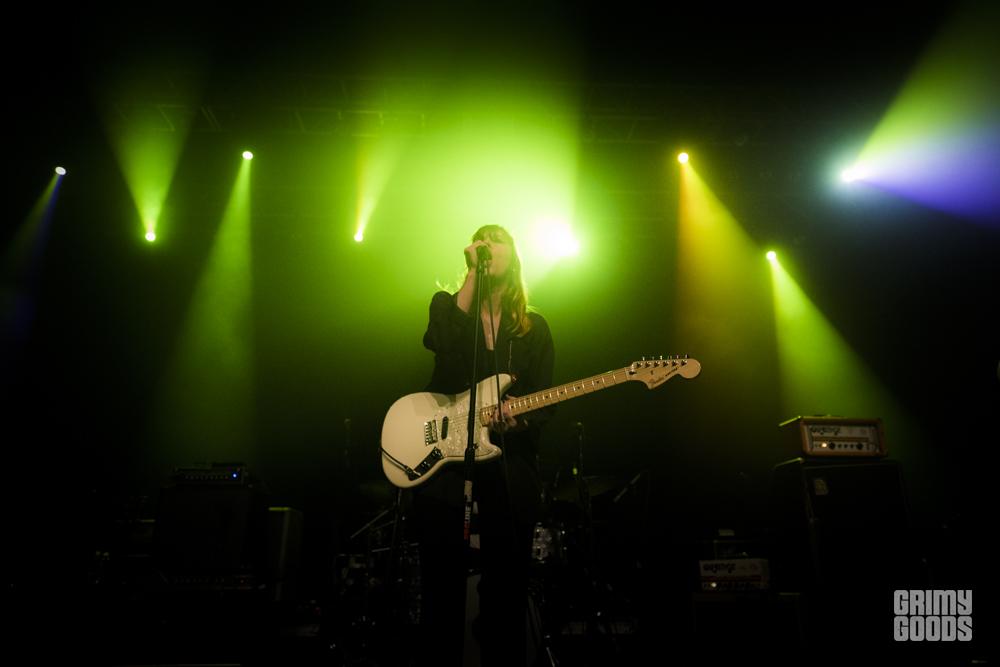 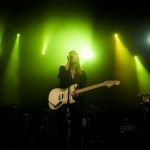 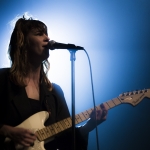 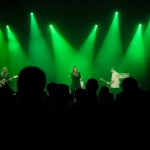 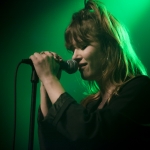 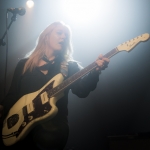 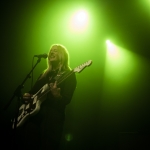 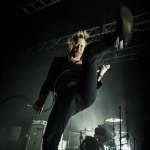 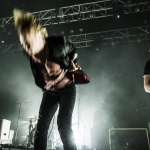 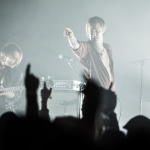 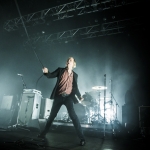 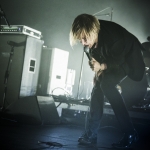 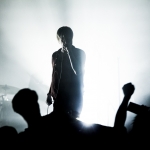 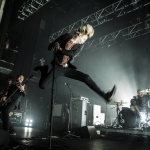 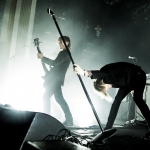 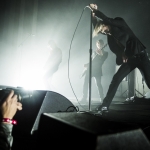 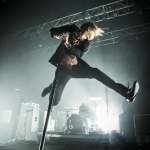 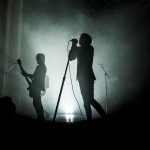 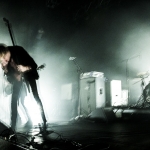 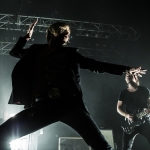