Inner-City Arts opened their campus for a fundraiser on Saturday night. Summer on 7th promised a musical lineup that brought a crowd of a thousand people to their rooftop show, but there was plenty to take in before the music began.

The attendees milled around the classrooms and art spaces with opportunities to view art projects and installations. Films of dancers with sequined beachballs and actors in vegetable suits flickered on screens in a black box as attendees devised mammoth erector set creations.

A few students were on hand to tell their stories and explain their inspirations to audience members that wandered through the exhibits. There were even opportunities for people to make their own art should they wish. While learning about the facilities, guests had many options for drinks and food from a bevy of gourmet food trucks and several beverage booths on site.

The Summer on 7th concert itself was on the rooftop of the main campus building where a stage was setup against the backdrop of the downtown Los Angeles skyline. DJ’s Peanut Butter Wolf and J.Rocc collaborated and took turns spinning music for people. They readied the audience for the bands as the crowd danced and chatted.

As the sun began to set, Shannon and the Clams took the stage. Their 16-song set covered songs throughout their decade long existence but focused primarily on their latest album, Onion.

Retro kitsch would best describe the band’s look, but their music transcends this clumsy classification. Bassist Shannon Shaw and guitarist Cody Blanchard took turns on lead vocal duties throughout the set except for their duet on “The Bog,” a psychedelic freak-out tune from their Gone by the Dawn album.

Shaw explained that the band was happy to support Inner-City Arts because, “We wouldn’t be here if me and Cody hadn’t gone to art school and gone into insane debt that kinda ruined our lives for a while.”

Shannon and the Clams continued rocking as the crowd danced and sang along to favorites like “Ozma” and “The Boy.” When informing the crowd that Shannon and the Clams had two songs left in their set, Shaw once again took a chance to thank the crowd and to clear her name. She explained that the last time she played with Best Coast was with her other band, Hunx and His Punx.

Shaw joked, “I got accused of something, and I’m not over it. I was accused of breaking in backstage and drinking all the liquor.” She continued seriously, “It wasn’t me. It was my friend that doesn’t look anything like me. I’m clean; it wasn’t me.”

The band closed with an adept cover of Jefferson Airplane’s “White Rabbit.”

The skyline and lights of downtown buildings, silhouetted by palm trees set the mood as Best Coast began their set with “The Only Place.” The song is an ode to California asking, “Why would you live anywhere else?” The song only seems to infuriatingly stream when I’m stuck in gridlock on the 101, so hearing it in this setting was certainly welcomed.

Singer Bethany Cosentino took several opportunities to encourage the crowd to donate to Inner-City Arts. Cosentino and guitarist Bobb Bruno and the touring band ripped through a 16-song set that included fan favorites like “When I’m With You” and “California Nights” and threw in a cover of “Rainbow Connection,” a song from The Muppet Movie and from their Best Kids album.

Throughout the set Cosentino remarked that she is tired of playing old stuff and told the audience that Best Coast is currently at work on a new album. The band closed the show with arguably their biggest old one, “Boyfriend.”

Fret not Best Coast fans, new music is on its way!

Bobb Bruno was easily found around the campus during the day and after the band’s set. I tracked him down, and he confirmed that they were in the mixing stage of the new album. He said that the album would probably be released in early 2020. Sadly, YouTube will keep us from hearing any new songs before then.

I asked if they might play a few new tracks live before the album is released, but he said that they probably wouldn’t. Bruno said that they would prefer that people hear the songs as intended rather than being introduced to the new music via a poor audio and video quality cellphone version.

Inner-City Arts is an organization imparts high-quality art education to over 5,000 elementary students and stewards creative workshops to more than 1,000 middle and high school students in the Los Angeles area every year.

They help young people engage in creative processes in most artforms from dance, music, theater, writing, visual arts, ceramics, and puppet and mask making, just to name a few.

Inner-City Arts have mentorships to aid high school students like the Work of Art program. Their Professional Development Institute trains educators, administrators, and community partners in the arts and offers programs to help strategize incorporating creativity into classroom curriculums. 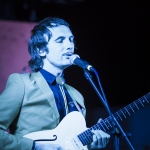 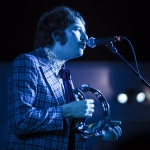 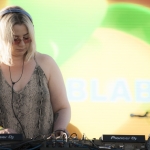 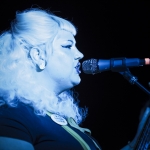 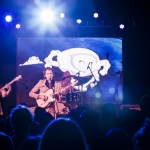 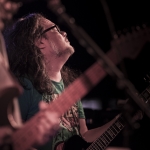 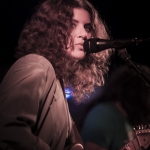 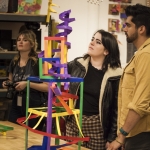 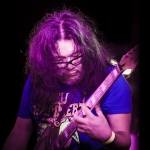 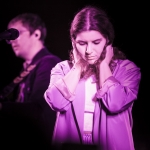 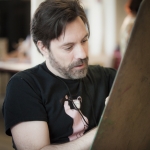 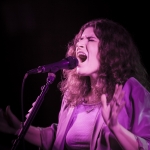 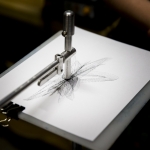 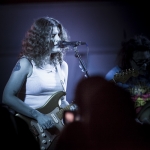 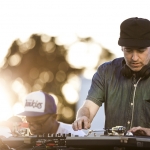 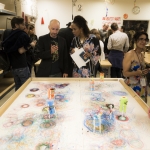 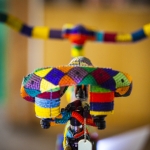 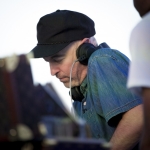 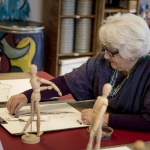 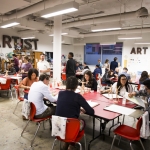