Green Day fans traveled from far and wide to line up hours before the doors opened at the Teragram Ballroom in order to get a good spot to see Billie Joe Armstrong and his side project, The Longshot.

The Longshot is part Green Day with touring guitarist Jeff Matilda joining Armstrong on bass and part Prima Donna with singer/guitarist/high kicker Kevin Tyler Preston and David S. Field on drums. Altogether a solid line up that is so good some have wondered about the fate of Green Day (Armstrong has some strong words to rebut that). The band released their debut album Love is for Losers on April 20 last year and has played a handful of small venues supporting it this year to the few lucky enough to be in the know.

Billie Joe Armstrong is clearly having a ton of fun with this project. The band played more covers than originals (if you count Green Day songs as covers) and ran the gamut covering song from The Ramones, The Replacements, the Damned, The Rolling Stones, Adam and the Ants, The Crickets, The Heartbreakers, Paul Collins Beat, The Plim Souls, David Bowie and Generation X. Basically any 90s kid’s CD collection.

Armstrong encouraged everyone to just let loose and have fun multiple times, scores of fans crowd-surfed their way to the stage to stage dive back in as did Armstrong, and later it seemed half the room joined the band on stage filling their Instagram stories and Snaps with once in a lifetime moments at the end of a super fun night.

Opening the night was Dead Sound who felt like a bit of a 90s alt/punk throwback. They were joined for their closing barnburner with a surprise appearance by Preston and Field who had jumped onstage.

Favorites, The Darts, who are dark and spooky with a bit of vamp and a whole lotta rock ‘n’ roll held down the middle slot. Rikki Styxx on drums shows what a hard hitting rocker she really is, a bit of a change from her fast punk based drumming in the Two Tens. She was flanked by Christina Nunez on bass and Meliza Jackson on guitars all on backing vocals both stellar musicians with time to shine through out the set.

All eyes however are always keeping track of lead singer Nicole Laurence as she thrashes her electric organ all around the stage playing it in every imaginable and some unimaginable positions.

It’s safe to say everyone had a fun carefree night with The Longshot which seems ultimately to be their reason for existing. 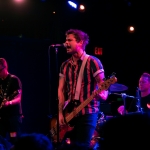 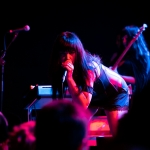 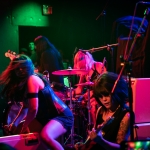 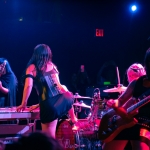 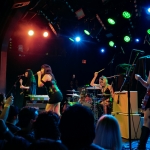 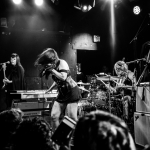 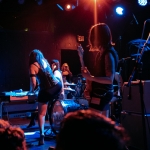 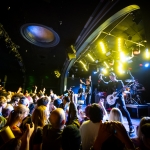 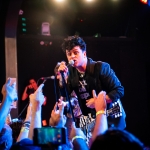 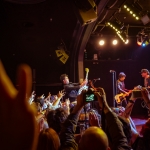 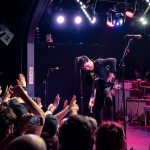 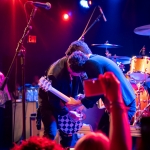 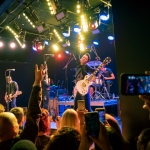 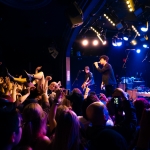 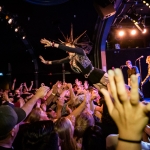 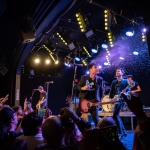 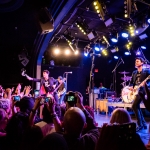 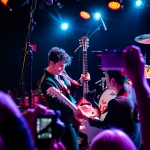 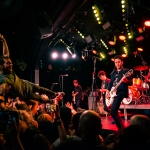 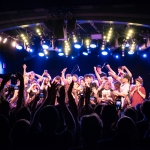