Blink-182 is about to take Enema of the State on a 20th anniversary tour across North America. They opened their dress rehearsal at USC’s Galen Center to friends and family this past Thursday and played through their set list for the first time with full lights, pyro and special effects.

It’s hard to know where to start with this coverage because there was so much to see and take in. The first thing I noticed was the people. It was majority music insiders from the label and agencies across town (one guy was even wearing his UTA t-shirt.) Then there were the super fans that had won a hand-full of tickets being given away by KROQ.

They had early 2000s merch and were rocking long non-agency approved hair. The 20-something influencers were my favorite, they stood around looking confused and lost without a photo-booth to pose in. After everyone had funneled into the stadium, the celebrities started showing up. Most notable faces I spotted were MGK and his daughter who was running around with a slice of pizza, and Riley Reid wearing a baseball hat looking inconspicuous with friends.

The arena was flooded in blue light and the stage was filled with speakers and high off the ground. There was a metal bird-nest elevated over center stage with an elaborate drum kit awaiting Travis Barker. The arena went dark and out came the band.

Blink-182 started right into Enema of the State.  As they moved through the album’s tracks I took in their stage presence.  This is the 20th anniversary tour and these band members (and most of the fans) are all 20 years older.  There wasn’t the energy and angst of 23, but there was a joy and nostalgia that only comes from a 20-year perspective.  While this is an older Blink-182, they are still in good form.  I’ve always wanted to see Travis Barker behind the drum kit and he was in full force.  There was also something special about witnessing the band run through the full concert experience for the first time. After the pyrotechnics during The Rock Show,  Mark Hoppus told the crowed ‘that was the first time doing this with the fire and it felt like someone farting on me.”

My favorite song was a stripped down version of “Down.” Mark Hoppus and Matt Skiba did it on acoustic guitars and hearing it this way touched an emotional nerve.  I listened to this a lot in high school while my home life was falling apart. To hear it live 10 years later as an acoustic, with people singing along got me choked up.

Blink-182 closed out the show strong with the classics and everyone was jumping around while singing full volume.  If they are coming to a city near you this summer I highly recommend going.

Don’t know every song off ‘Enema of the State’? Most of the other people don’t either.  It’s a pretty great experience seeing them and they will play all your favorites off their other albums.

Just because Warped Tour is gone and you’re all too familiar with Caller ID doesn’t mean you can’t fall in love with the girl at the rock show. 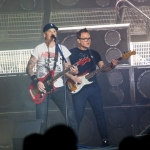 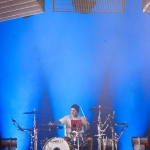 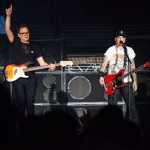 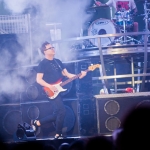 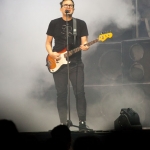 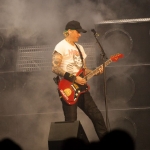 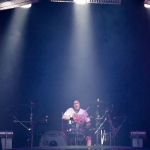 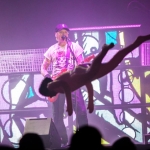 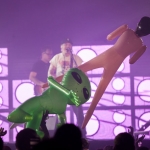 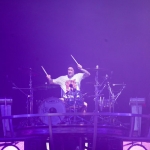