There might’ve been a point in time when Carly Rae Jepsen appeared to be resigned to the fading glow of “Call Me Maybe”—a song that became the international earworm when it was released back in 2012. It would’ve been easy—expected even, by some—for Jepsen to slip out of notoriety as one of the many one-hit-wonders to meteorically rise and then fizzle into obscurity. But Jepsen did the unexpected, in some aspects falling purposefully away from the limelight and delivering two back-to-back albums that continuously established her as an ever-evolving pop touchstone.

“Call Me Maybe” was the banger in high-school. Seven years later I doubt my teenage self would’ve expected future-me to willingly attend a Carly Rae Jepsen concert—mediocre prejudices between mainstream pop and the indie artists I’d just begun to discovered abounded. But in a lot of ways, Jepsen has come to represent the ever-thinning walls once erected between genres—blurring and forcing artists and listeners to reexamine where they place their value in music. Emotion was a ground-swell of ambitious pop-tweaking, one that inspired the likes of Maggie Rogers and indie-darling Jay Som; but it’s on Dedicated that Jepsen emerges as the kind of modern-pop savior we never knew we needed.

At her stop at the House of Blues in Anaheim for her Dedicated tour, Jepsen commanded a kind of potently effervescent energy that effuses from her songs. Coy, lighthearted, and a combustible heap of passion, Jepsen is the kind of performer that could take a crowd with only vague interactions with her music and turn them—by night’s end—into a mess of flailing arms and hoarsely-screaming throats. From the anthems like “Run Away with Me” and the giddy romantics of “I Really Like You,” to the groovier collisions on “Emotion” and “Want You in My Room,” Jepsen skips and spins her way into the hearts of her audience with an effortless charm. All the 80s pop, disco, and funk imaginings that the singer has spent her time since “Call Me Maybe” come to fruition on this tour—especially during renditions of Dedicated.

All the Bee Gees meets Cyndi Lauper, dosed heavily with all manner of shimmering synth-work, paired with Jepsen’s vivacious ability to settle into the various sonics and textures with such ease—have made these tracks insatiably fun to hear live. “Julien” is as riveting as ever, a bleeding-heart gushing at the sides with glittery synthesizers; “Now That I Found You” a bolder, more authentic pop evolution from her past pieces; “Want You in My Room” a standout moment in which—between those funk-dripping drums, blood-rush warbling-guitars, and that sizzling sax solo at the end—you get this woozy, gaga sense of just what level of talent Jepsen is operating on.

“Call Me Maybe” might’ve been the introduction, a pop-hook that played by the rules and sling-shot her into the ears of everyone present—but Jepsen has more than earned our ear since then. She’s made it crystal clear Dedication is only the beginning. 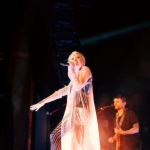 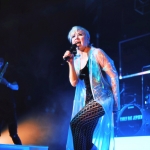 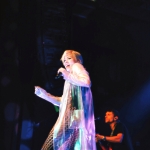 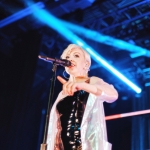 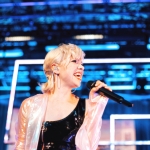 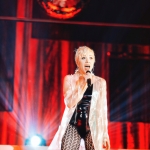 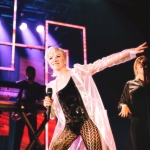 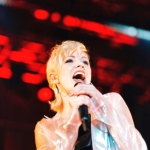 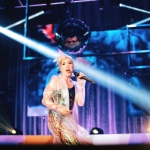 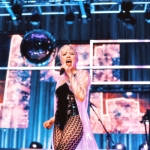 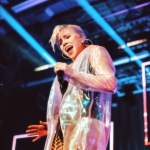 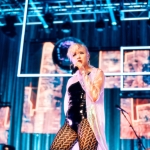 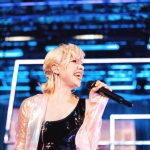