Be the cowboy. It’s the quiet assertion that Mitski breathes into her album of the same name—an album on which she sought to reconcile years of isolation with that of her own elusive identity. It was conceived with a particular image in mind: of a singer alone in a room—a single light illuminating them—singing to no one but themselves.

Sitting center-stage at the Hollywood Palladium Mitski brought that image to life—her bandmates shrouded by a pitch-black curtain—creating the illusion of the singer/songwriter’s profound isolation. From a milk-white chair and table, Mitski sat, stood, sprawled herself out in an exercise of aching vulnerability. Illuminated by a handful of lights she flipped ponderously through the various emotional states exhibited on Be the Cowboy, from wry sensualities to chaotic melancholy, and delivered them all in the cooly choreographed theatrics akin to St. Vincent or David Byrne.

Be the Cowboy thrives on its colossal sonics—soundscapes that only grow in breadth when Mitski accentuates them with her soft murmurs or weighted silences. When given that space, live, her songs thunder and shake—erupting with all their bottled-up fervor.

Mitski herself is this doll-on-strings of sharp movements, yanked here and there—her arms and legs jerked mechanical movements that contrast the obviously intense emotionality behind her piercing eyes and vocals. And all the theatrics seem to do is to spotlight that—Mitski’s howls, her sonorous wails, and cutting croons—they bite and caress with all the pain and hope she brings in her songs. 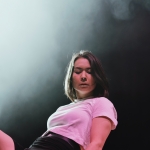 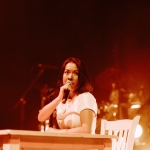 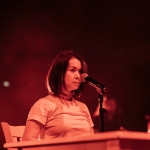 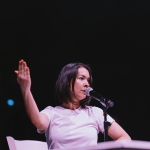 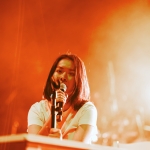 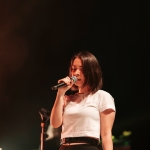 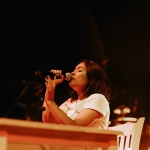 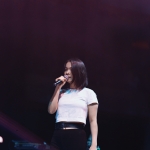 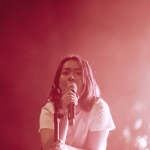 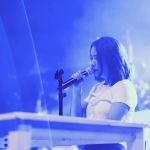