As a lifelong Angeleno and having had a musical epiphany at the beginning of college in the Fall of 2007 and hungry for every piece of new indie music, I have had an affection and admiration for the music of Flying Lotus since his first track releases featured during bumpers on Adult Swim. It has been a wonderful journey witnessing his musical exploration and evolution in the LA beatmaking scene, and with the breadth of his work and his influence in full three-dimensional display Friday night at his homecoming show on the final night of his tour, it was like witnessing something truly legendary.

Flying Lotus, aka Steven Ellison, performed a new iteration of his 3D show at The Novo in LA Live Friday night. While it wasn’t all that different in nature from his first 3D show – a large screen on-stage displaying incredibly trippy and stupendous 3D visual effects in cue with the music with Ellison staying primarily behind a podium (except this time it wasn’t in the shape of an amorphous blob like something straight out of his film Kuso but instead like some electronic sentient being like something straight out of The Matrix) – it was certainly better. Thousands of times better. Sure, the eerie-ness of Hollywood Forever Cemetery sounds like it would befit FlyLo’s music, but you can’t feel all too immersed in it if you’re forced to stare at a screen from a far distance, when the 3D effects aren’t nearly as…effective. That this new 3D iteration would be happening in the enclosed and intimate space of The Novo with encapsulated sound pretty much washed away any notion that this was going to be the same experience.

Some of that I think is also owed to the fact that his new album for which Flying Lotus is touring – Flamagra – is some of Ellison’s best work in some time. It’s an album loaded with jam sessions of electro-funk with hip hop intuition themed around fire, and that propulsive and outwardly energy of the music brought about the essence of his twisted visuals and impressive lighting cues for an exciting time, something the more meditative and thematically sobering You’re Dead! didn’t quite capture. If it was any 3D tour run to see Flying Lotus on, it was during this album cycle to do that trick.

He did step away from the podium for a second as Captain Murphy, his rap alter ego, and he did dip back into Cosmogramma territory with “Zodiac Shit” and an encore presentation of fan favorite “Do The Astral Plane.” For the most part, Flying Lotus let loose on what was his final show of the tour and his homecoming show at that, which gave the night a really fun and engaging atmosphere. What places the show over the top as something truly legendary, though, as I stated earlier, is that there was a muted sense of reflection that was cast over what was already a musically mystical night.

In between openers sets, what would have normally been a moment for concert-goers to get another drink at the bar or chat about the set they just saw/heard was instead a moment of reflection, one about the life of artist Ras G, an LA beatmaker who had passed in July of this year. A docu-style video was presented on the large screen on stage in which Ras G talked about his labelmates (including FlyLo) and his outlook on the LA beatmaking scene, which has truly come into its own in the last decade. That five-minute video really set the tone for the rest of the evening, one of just awe towards the people whose talents and personalities really have had influential powers.

Flying Lotus was clearly influenced and inspired by Ras G, who featured on Ellison’s label with the evening’s openers Brandon Coleman Spacetalker and Salami Rose Joe Louis. He paused his own set to reflect on his good nature, a moment for Ellison to let it out in his hometown after not having had the chance to based on his extensive tour schedule.

The openers, too, with their astounding technical fusiony jams, had much to offer Ellison and vice versa, with Brandon Coleman in particular coming out to perform “Do The Astral Plane” and later close friend/bassist extraordinaire Thundercat, who came out last to perform the Ellison-produced “Them Changes.”

Not only was Flying Lotus in 3D a technical feat and a musical odyssey through the beatmaker’s best material, but it found a way to tie in all of that madcap energy and wizardry into a concept of celebration in grief and admiration for those who create and inspire and influence. He brought out the stops for his hometown show, miles ahead from his previous 3D iteration, to bring one of the best live experiences I’ve ever had. I continue to admire the man’s genius. 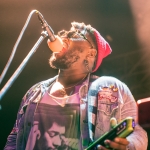 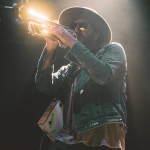 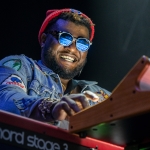 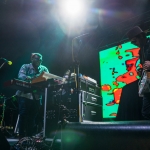 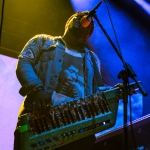 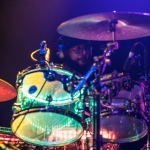 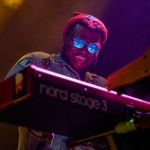 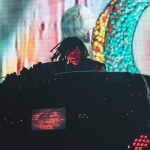 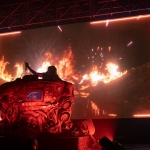 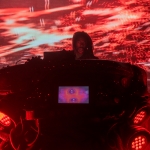 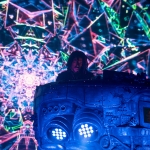 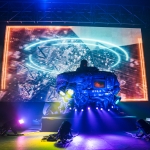 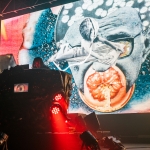 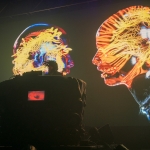 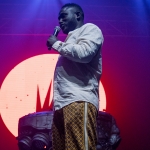 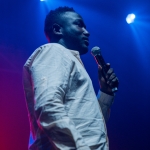 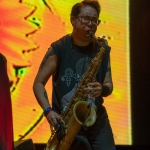 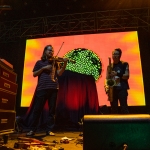 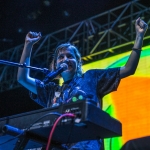 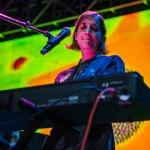