THE BIG PINK! If you don’t know how rad these guys are, you need to get on their debut album, “A Brief History of Love!” We just covered the first show of their inaugural North American tour last week at the El Rey Theatre and it literally blew us away. Check out the videos, photos and review! 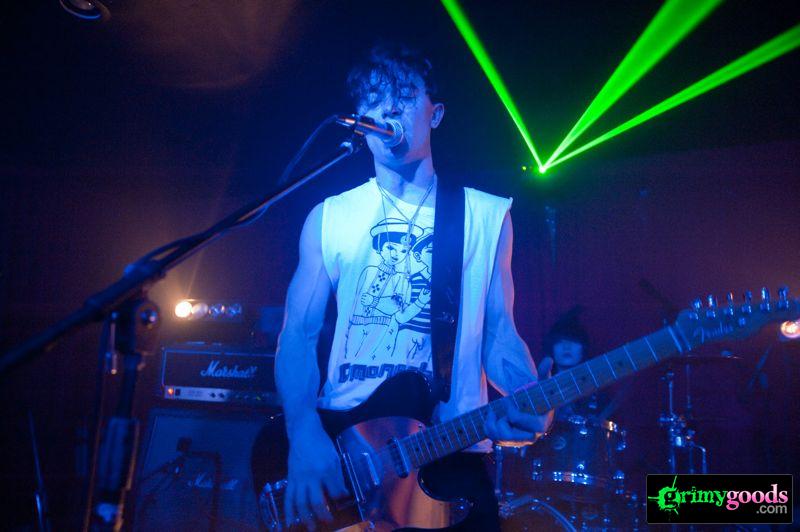 The Big Pink played another rockin’ show at the Detroit Bar in Costa Mesa on Friday, Nov. 20. As a way more intimate venue, the joint was packed! And it wasn’t your typical bleached blond, fake tittied and Ed Hardy kind of OC crowd. Detroit Bar is a jewel to the OC, bringing out nothing but the best. Not to mention, a lot of the crowd was made up of us LA kids, especially those that missed their El Rey show.

As The Big Pink’s second US show, their Detroit Bar performance was a bit better than the El Rey’s. The sound was tighter and there were no technical difficulties. The boys were refreshed at Detroit Bar as opposed to being totally rusted. When they played El Rey it was the same day they flew in from the UK. Jetlag! Although I loved the destructive drum kit toss from drummer Akiko Matsuura at the El Rey, this time she just tossed potato chips into the crowd. She’s quite the firecracker and a kick-ass drummer too!

If you have yet to catch The Big Pink on this tour, don’t worry, they’ll be back with a shit load of more shows in 2010, including COACHELLA! Yep, you read right, The Big Pink are playing Coachella.