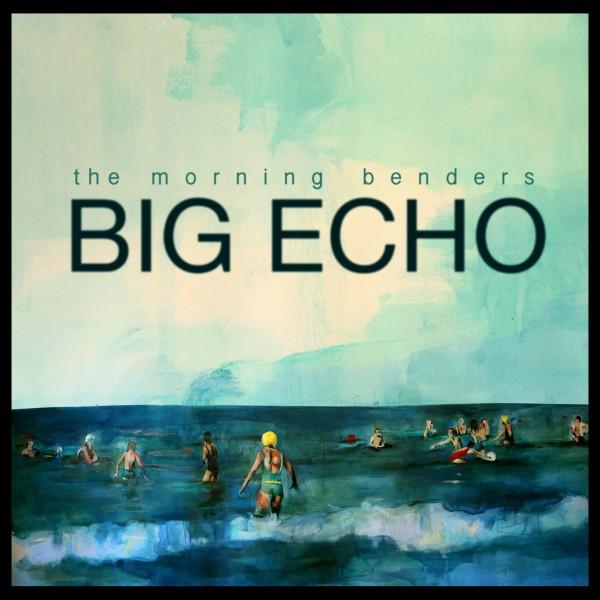 These kids seriously look like they’re barely of legal age but perform as though they’ve been doing it for decades. San Francisco’s latest indie sensation, The Morning Benders, are winning the musical hearts of indie snobs everywhere with their sophomore effort “Big Echo.” Their new album and Rough Trade debut is one of the most pleasant and alluring I’ve heard in a long time. It’s like a sonic massage to your ears that delivers a magical and musical orgasm!

Opening up with “Excuses,” an enchanting track that has an Etta James flair with its romantic violins and lovely soundscapes, The Morning Benders kick-off “Big Echo” in a captivating way. “Excuses” is totally classic, charming and addictive — a song in which you’ll gladly let it ride on repeat for hours on end.

The Benders show they can turn up the heat with “All Day Daylight.” It’s a fun track that bounces in with a groovy rock ‘n roll sound over front-man Chris Chu’s lush vocals. Fueled with a hot energy of sexy drums and guitars sure to get bodies dancing across the floor, they boys prove their abilities to to create both gentle and wild tunes that will garner the same attention. While delivering an amazing outro of textures and warped sounds that hype you up only to set you back in relaxation, “Stitches,” is a soothing track full of echoing waves and smooth guitars. If you want to woo your lady, this is the song you play when you want to get on her “good” side.

Song-for-song The Morning Benders have created an album that is undeniably golden and one of the best of 2010. From the quality of their genuine lyrics, to their sumptuous instrumentation that has the ability to render the classic sounds of the 50s and 60s in the likes of Sam Cooke and The Beatles, The Morning Benders can also deliver the high energy zest brought forth through a sea of psychedelic strings and experimental arrangements.

With a little help from Grizzly Bear’s Chris Taylor who shares a co-production credit with The Morning Benders’ Chu, “Big Echo” is nothing short from a masterpiece. The boys have crafted something so beautiful yet aurally eccentric that one can’t help but crave more after taking the album for a spin.