So much Arcade Fire madness in Los Angeles (and I mean MADness)! When Arcade Fire announced their ticket sale locations via Twitter photo clues for their surprise pop-up show in Los Angeles, many LA fans were out outraged. In a previous Tweet, Arcade Fire had announced, “To avoid people sleeping outside, we will be staggering the info.” However, their photo clues pretty much contradicted their tweet because it resulted in 100’s of fans camping out overnight at all three ticket locations: Origami Vinyl (Echo Park), El Rey Theatre (Miracle Mile) and Fingerprints (Long Beach).

Whether you were one of the angry or not, I’m sure Arcade Fire had their reasoning for doing what they did. I’m not saying it was a good thing or the right way to go about it (an explanation would have helped), but I am glad that fans from far away cities such as Riverside and Ventura were able to claim their spot in line and go that extra mile to see their favorite band. Those fans from neighboring cities would not have had the slightest chance in getting tickets with out those photo clues. I also think that the fans that actually made the camping journey definitely deserve those tickets (whether they’re local to LA or not). They got out of their cozy warm beds while the rest of us said, “fuck it.”

With that said, check out the photos below of fans camping out for Arcade Fire tickets. 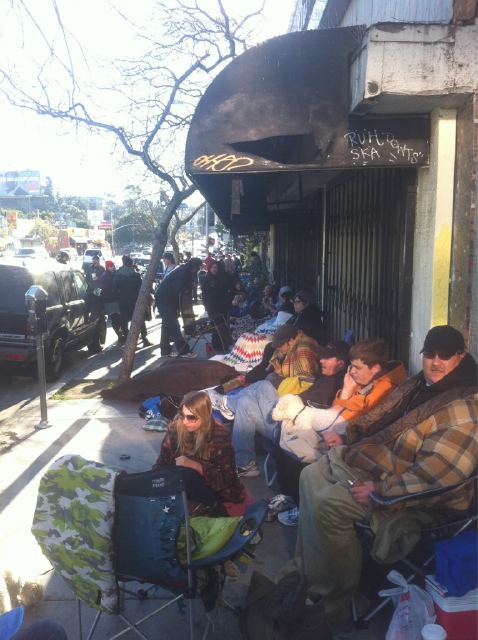 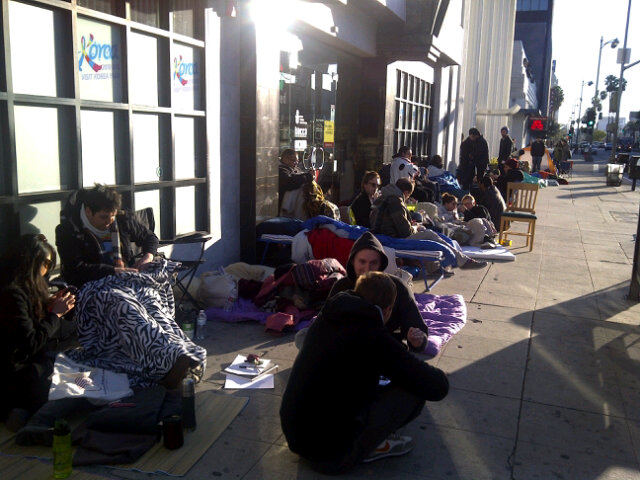 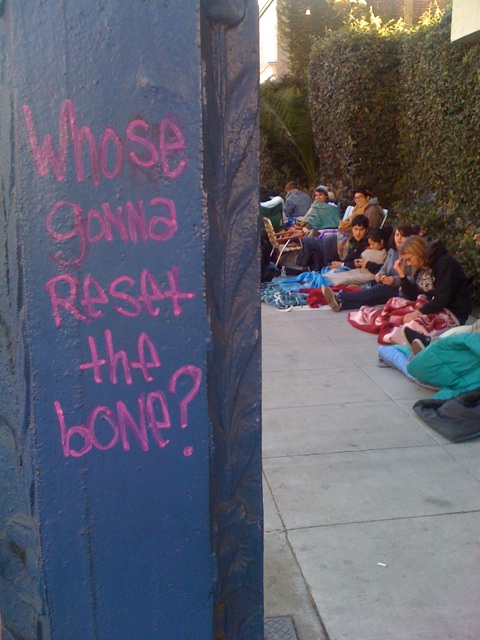