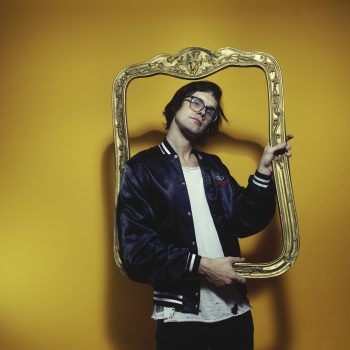 Echo Park musician Max Green drops his latest single, “Love Addict,” the second single off his upcoming 4-song, EP Take Care, out Dec. 4. Taking a deep dive into break ups and the emotional weight they carry, Green finds a melancholy acceptance not just of heartache, but all the moments and personality traits that lead […] 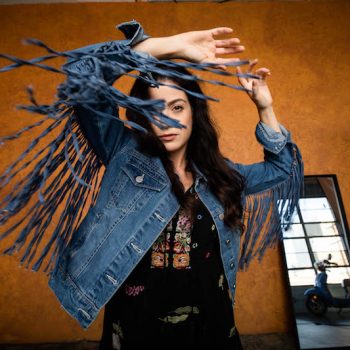 Magnetic folk singer Alicia Blue’s storied song “Queen of Echo Park” draws you in with its pure captivation and heart. The striking tune is a beautiful story of friendship. It details those special energies that come into your life and make your world that much brighter. Starting the song with vivid lyrics like “rainbow bangs […] 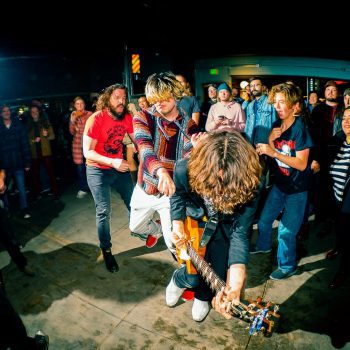 Echo Park has been going through a transformation in the last few years and its seen some of its favorite venues change hands or disappear completely. However, there is one new DIY venue that has been making some noise. American Barbershop is, as its name implies, a barbershop by day, but once every other month […] 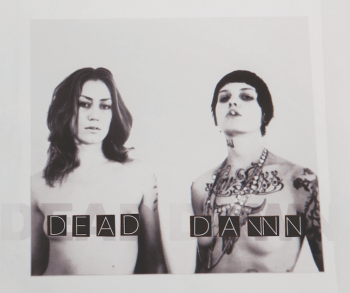 Echo Park rockers, Dead Dawn have released their striking new video for “Live Near You”. Shot at the infamous scenic location, the Salton Sea, the video depicts a group of eccentric young adults rolling up to an abandoned shanty home as they park their El Camino and vintage motorcycle in what’s left of the driveway. […] 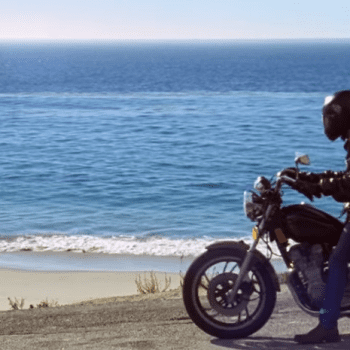 Just a few week’s ago, Echo Park-based Corners released their stunning nine-track full-length record, Maxed Out on Distractions. Rich in haunting synths with the dark sounds of the 80s post-punk era, these good ole East Side boys have done well for themselves with this new record. Released on October 7 via vinyl and CD via Lolipop […] 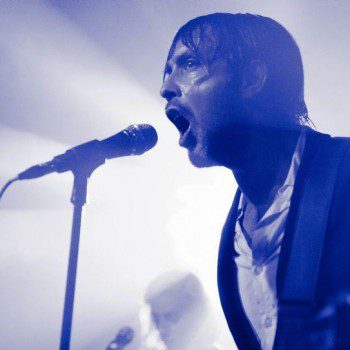 Operators played a triumphant show at the The Echo on Thursday night. Coming off of a stint opening for Future Islands, The Echo was the first Los Angeles headlining show of Dan Boeckner’s newest creative outlet. PARIS opened the show with a strong set. The band is still finding it’s voice musically, but they performed […] 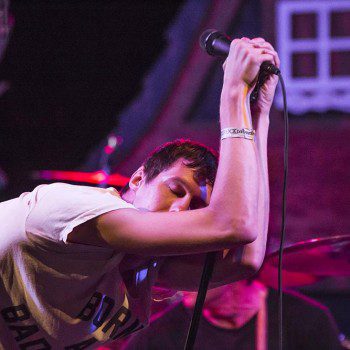 BEDROCKtoberfest goes out with ferocious bang from Head Wound City

BEDROCKtoberfest went off this past Saturday at Bedrock LA in Echo Park. Nick Zinner, the guitarist of the Yeah Yeah Yeahs handpicked this year’s acts to include Cherry Glazerr, Deap Vally, Black Sabbitch, DJ Soft Touch and his very own shredful and recently reunited supergroup, Head wound City. There was even a bunch of magic […] 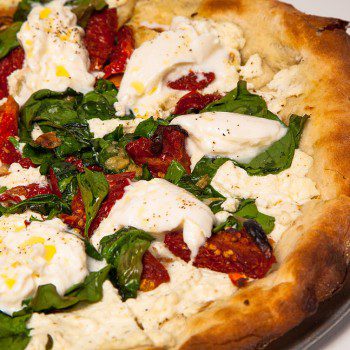 While there is a vast and endless list of foodie haunts all over the great city of Los Angeles, a few stand out amongst the crowd as go-to spots for delicious post and pre-show eats. Because parking twice is a pain in the arse and we want to cater to all ye drunken concert heathens, […]

The Global Rhythm Stage hosted by the Subsuelo crew and Golden Glue Mngmt was going off this past Sunday at Echo Park Rising. Attendees had a chance to musically travel all over the world without leaving Echo Park. The Subsuelo crew were on fire on this very hot day throwing down global sounds for all […] 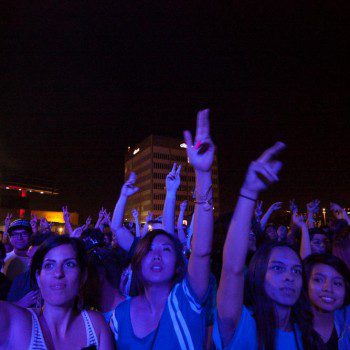 Together Pangea It seemed nearly every hipster, hippie and hobo in southern California was summoned to the 4th annual Echo Park Rising festival last weekend in Los Angeles, for the limitless supply of free shows and free beer on the menu. With an extra enticing lineup scheduled, featuring such burgeoning acts as Peanut Butter Wolf, […] 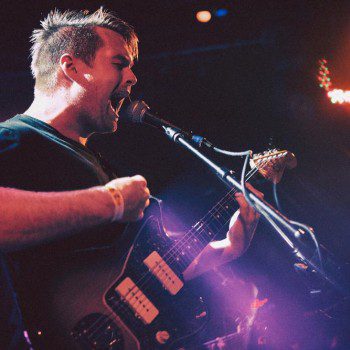 5 Bands You Need to See at Echo Park Rising (Sunday)

Alright, Los Angeles! Let’s wrap it up. For those of you planning to pull an epic hat-trick this weekend at Echo Park Rising (or if you just plan on attending Sunday), here’s our top five selections of bands and artists to see this Sunday! As we mentioned in our previous top five picks for both […]

Yesterday we shared our top 5 band / artist selections for day one of Echo Park Rising and today we’re hooking you up with day two recommendations! While there’s clearly more than five bands (per day) you should see this year, we highly recommend you add our selections below to your Echo Park Rising schedule. A lot […] 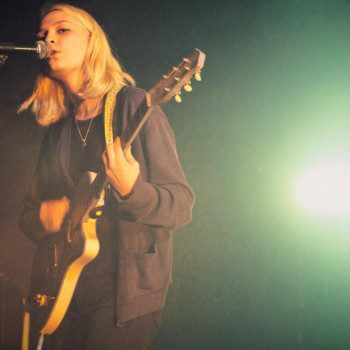 Cherry Glazerr — Photo by Casey Lewis So many bands, so little time. Unless you have a few clones or superhuman powers, you’re not going to be able to see all 300+ bands/artists performing at this year’s Echo Park Rising. And it’s a shame you can’t, because it’s the festival’s best lineup yet. To ensure […] 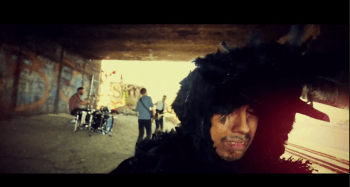 While they may be on tour in New York, local L.A. favorites, the Dead Ships have released a ferocious yet comical video for their new single, “Golden Room”. As the first track released from their upcoming sophomore record, which was produced by Brendan Canning (Broken Social Scene), the song is an explosive garage rock banger […] 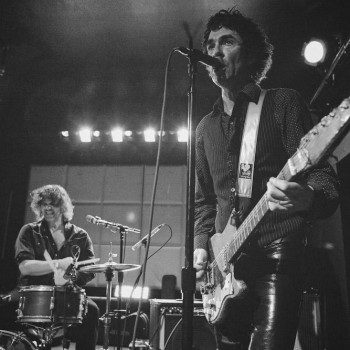 This last Thursday night, the Jon Spencer Blues Explosion (JSBX) took over The Echo in an intimate and up close performance that is reminiscent of their early shows. The not surprisingly older crowd, packed the place early and ate up every nasty guitar lick and bombastic beat provided by JSBX. Supporting JSBX was the surprise highlight […] 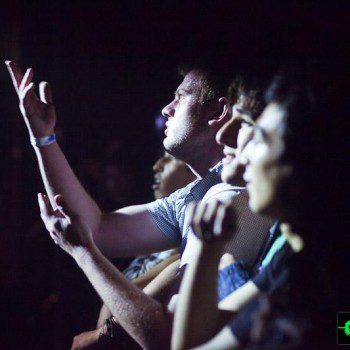 The best concerts happening in Los Angeles, Orange County and more neighboring cities are all here on Grimy Goods’ custom show list. Now that SXSW is over, get ready for some great shows in Los Angeles, starting with Kraftwerk, MUSINK feat. the Decendents and the Vandals — as well as some smaller, but very hot […] 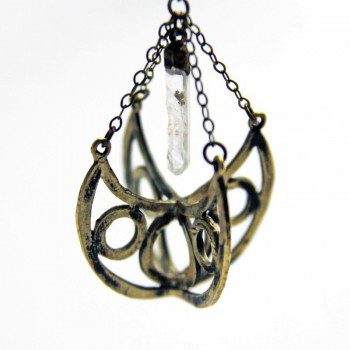 Last week we featured an interview with Los Angeles jewelry designer and vintage clothing reviver, Black Willow Jewelry (aka Jessica Senteno). Today, we’re offering a chance to style your body parts up and own some of Black Willow Jewelry’s gorgeous pieces. Her work has a very gothic, old-age and mystic look to it. Trust, you will turn heads wherever […] 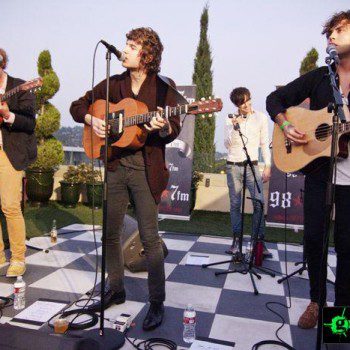 It’s SXSW Music week so expect a mellow show week in Los Angeles as just about every music-lover is in Austin along with our great local bands. There are however, some awesome live music going off in Los Angeles this week! You can find the best concerts happening in Los Angeles, Orange County and more […] 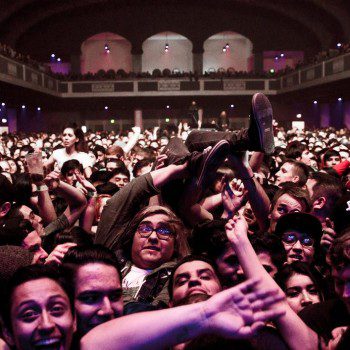 27 Los Angeles concerts you need to attend this March! 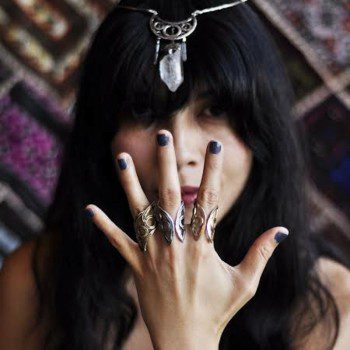 With Los Angeles being a great hub for artists of all sorts, East Hollywood has been quickly rising as prominent force in fashion. From your Silver Lake hipsters to the shabby chic bohemians of Echo Park, you’ll find that a lot of the fashion and jewelry worn by Angelinos are coming from a very talented […]